What is the relationship between Daedalus and Tomoki?

She frequently appears in Tomoki's dreams as a sort of "lover." She comes to his dreams to ask him to help save her. 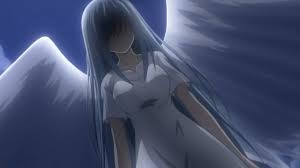 Daedalus is a scientist from Synapse, considered as the greatest mind in all of Synapse. Their relationship was not revealed until nearing the end of the story.

She was the one who created RULE, a device to fulfill anything one wishes. Because of this, everyone on Synapse got bored. Seeing that humans, though far inferior but enjoyed their lives through hard work, the inhabitants of Synapse decided to go into a dream like state to live as humans.

So Daedalus created the device so that Synapse people can sleep and have dream living as humans. Daedalus did that too in form of Mitsuki Sohara, Sakurai Tomoki's childhood friend.

However, Sohara had weak constitution and died very young. Daedalus then decided to create another Sohara and placed her on Earth. She also later set the Uranus Queen, Ikaros, free from her seal and sent her to Tomoki.

Daedalus was also the one who fixed Chaos, a second generation Angeloid created by Master of Synapse.

12
What's the significance of the watermelon in Sora no Otoshimono?
1
Why Tomoki is the only one who does not forget Hiyori?
6
Where does the Heaven's Lost Property anime split from the manga?
4
Why did Mikako send Ikaros from the sky?
2
Is Sora no Otoshimono Final: Eternal My Master the definite ending movie of the series?
5
Why don't Ikaros & Tomoki use more the Transport Cards to solve their problems?
7
What are the reference of Heaven's Lost Property to the Greek Mythology?
2
Do both Ikaros and Nymph have ears or just Astrea?
1
Why did the earth disappear in the final movie?