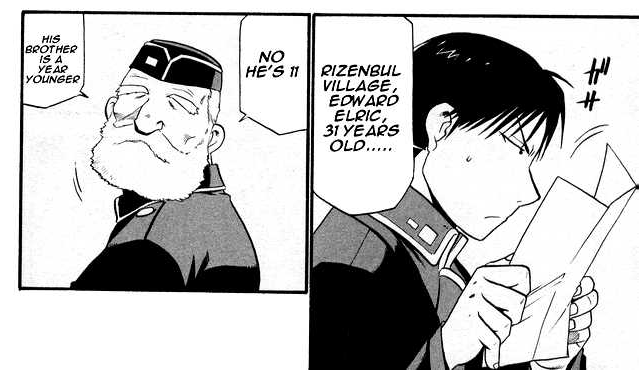 Ed was born in 1899 Al was born in 1900 Trisha died when in 1904 at the age of 26 So Ed and Al were 5 and 4 respectfully when Trisha died So if Ed was made a state alchemist at the age of 12, he had to be fitted with his automail, which supposedly takes at least 7 months to fully atune to. So when Ed and Al preform the human transmutation, Ed had to be 11 or at least early 12 years old, while Al would be 9 or 10.

LeviLevi
1
Add a comment  |
-4
Want to improve this post? Provide detailed answers to this question, including citations and an explanation of why your answer is correct. Answers without enough detail may be edited or deleted.