How could the four Hokage be reanimated by Orochimaru?

In Episode 264 of Naruto Shippuuden, Kabuto clearly states that the four Hokage can't be reanimated because their souls were sealed away in the Reaper Death Seal.

So how come Orochimaru can suddenly use the reanimation jutsu on them?

I kind of get the feeling that everyone just forgot that this shouldn't be allowed, or am I missing something that suddenly allows it?

Indeed Orochimaru could not reanimate the Hokages while their soul were not in the "Pure World", in other words, while they are sealed inside the Shinigami's stomach.

But at chapter 618, Orochimaru summoned and controled the Shinigami with the help of Shinigami's mask: 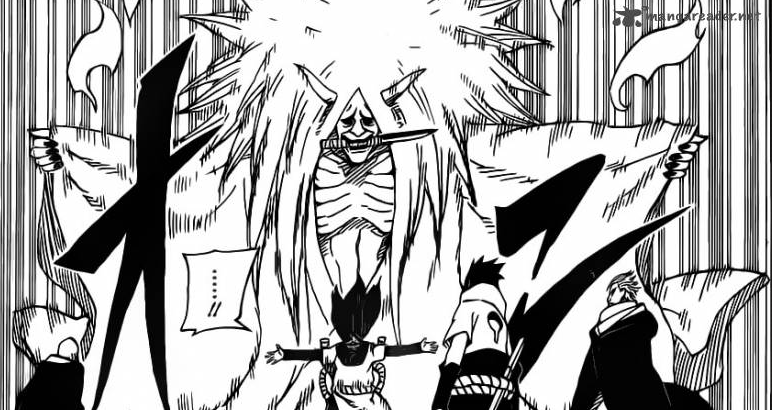 So he was able to remove the seal if he cuts his on stomach, using the technique: Dead Demon Consuming Seal: Release.

With the Hokage's souls relesead, he could reanimate them.

At Naruto Wiki, this technique is well explained:

This technique involves invoking the Shinigami using a mask from the Uzumaki Clan's Mask Storage Temple. From there, the summoner is possessed by the Shinigami allowing them control over it, they can then force it to cut its own stomach resulting in the release of the souls sealed inside. Due to the possession however, the same damage will reflect on the invoker's own body.

After the souls are released, however, persons are free to do as they please with the souls. Orochimaru used this technique to free the souls of the Hokage along with that of his arms and then reincarnate them.

I think you're referring to the fight between Sarutobi Hiruzen and Orochimaru, when Orochimaru resurrected 3 figures and Hiruzen stopped the summoning in Naruto episode 69 at around 15 minutes, and in page 18 and 19 of manga #117.

I think the story was alluding to the Yondaime Hokage, and it's probably another plot-hole. An alternative idea could be that it was some other character that we'll never uncover.

12
What does the 'belt' Orochimaru and the Sound Four wear signify?
4
Can a person killed by Death Soul Reaper be brought back to life through Reanimation?
0
Reanimation of Yondaime during Chunin exams
5
Do the trapped souls in the Reaper/Shinigami suffer?
0
Where are the reanimated four hokages?
3
Who was the little girl being possessed by Orochimaru during his fight with 3rd Hokage?
1
How did reanimated Haku and Zabuza die?
3
Could reanimated Nagato revive anyone he wanted?
3
How was Orochimaru able to jump bodies?
0
What is the OST playing in Naruto Shippuden Ep 42 where Four-tailed Naruto fights Orochimaru