Right off the top, going to apologize for the lack of description here... Really hoping someone might be able to take a stab and I'll be able to find this lost gem.

About 3 Years ago, I used Hulu plus and watched random anime. There was one series I watched I really liked, and want to continue to seek out... but I cannot even remember the name.

I want to say it had something to do with "Seven".... Seven samurai perhaps? Seven stones? but that brings nothing to searches.

So really, all I know is that one season streamed on Hulu plus, and I don't believe it is streaming any longer. and honestly, I don't even remember much more than that. It was not dubbed (subtitles English), though it may exist as a dub and I wouldn't mind.

I believe it was produced by the same company that produced Blue Exorcist (Aniplex?). It did have a similar animation style. But I see nothing like it on Aniplex lists...

I also vaguely remember a large stone he carried around that could talk... I think it was a demon trapped? This demon could sense other demons nearby, and the main character had some power that allowed him to see and fight these demons... (Gee, that limits it down, I know)

The anime is likely to be Sacred Seven, since it is one of the few series with "Seven" in the title and it was aired in Japan in 2011. It is animated by Sunrise (a subsidiary of Bandai Namco Holdings) and has no relation to Blue Exorcist's studio A-1 Pictures (a subsidiary of Aniplex). 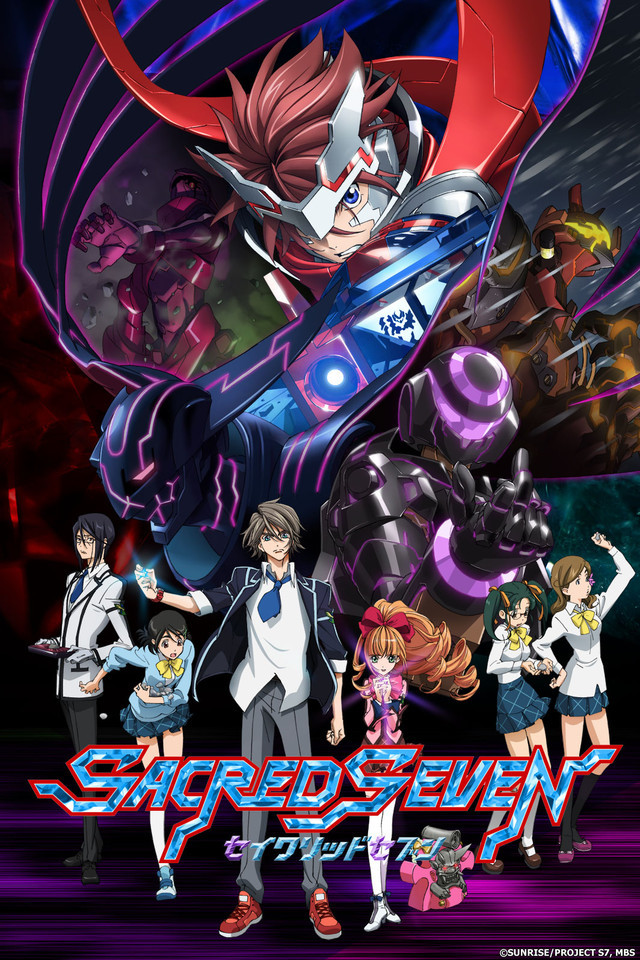 The anime is Sacred Seven.

Seventeen years ago, several meteorites carrying seven types of alien crystals landed on Earth. Given the name of Sacred Seven, these crystals withhold the power to alter DNA and cause mutations. Inheritor of overwhelming abilities from this enigmatic legacy, Alma Tandoji is an unsociable 17-year-old student feared by his schoolmates due to several rumors of his violent behavior. He is contacted by Ruri Aiba, a rich teenage girl and CEO of the powerful Aiba Foundation, who pleads him to help her fight a mysterious enemy that very recently started causing massive havoc through the land.

Not the answer you're looking for? Browse other questions tagged sacred-seven or ask your own question.