In episode 12, Kana tells Shinichi that she can tell Migi's emissions apart from the other Parasytes. However, she is shown as being on "cloud nine" for Shinichi - going as far as wrapping his hair around her finger like an engagement ring, and

near the end of the episode, she mistakes another Parasyte for Shinichi in the ruined building, leading to her death.

Since Migi states that her powers are increasing, it could be possible that she would be able to tell the Parasytes apart in the future. However, her death cut that development short.

Was she really able to tell Shinichi apart from the other Parasytes, or was she just delusional? Does the manga reveal anything about this?

TL;DR: It is possible, though the manga is never conclusive about that.

@senshin I think Migi is able to tell one parasite from another, at least that is the case for a certain parasite. The proof is given on Page 194 in Volume 9 of the manga:

So if Kana can reach the level of Migi in detecting and differentiating the signals emitted by the parasites, then she would probably be able to tell Shinichi and Migi from the other parasites. Kana demonstrated her potential with her incredible sensing ability on Page 75 in Volume 5 of the manga: 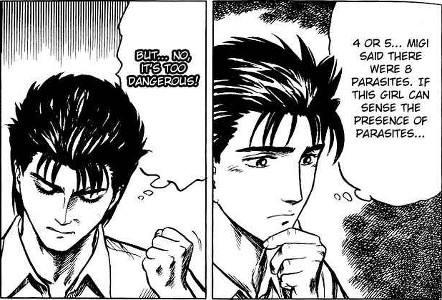 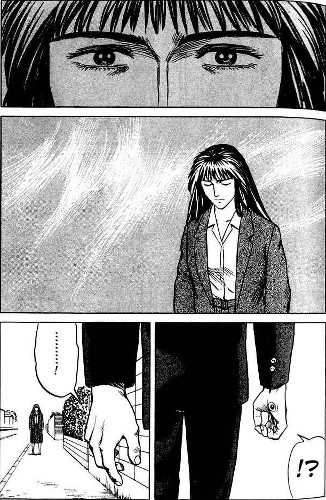 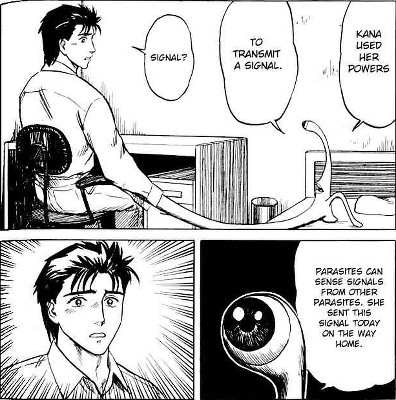 I strongly doupt that she would ever be able to tell apart two regular parasistes like Uragami never found differences beween them - with one exception:

Gotou is different because he contains several parasites and for this reason has a ways stronger signal. Sleeping Migi is different too, he has a weaker signal, but still Kana couldn't tell that Migi was sleeping when Shinichi told her everything.

But: Getting stronge, her powers could reach the point when she even sence human's brain waves and than she'd become able to tell apart Migi/Shinichi from regular parasytes and maby even tell apart Shinichi from other human ...

because of the parasite cells in his body and brain

Not the answer you're looking for? Browse other questions tagged parasyte .