Who are all the girls fawning over Araragi?

In the latest Monogatari - Tsukimonogatari there is a cut to an image with many young girls surrounding the protagonist. 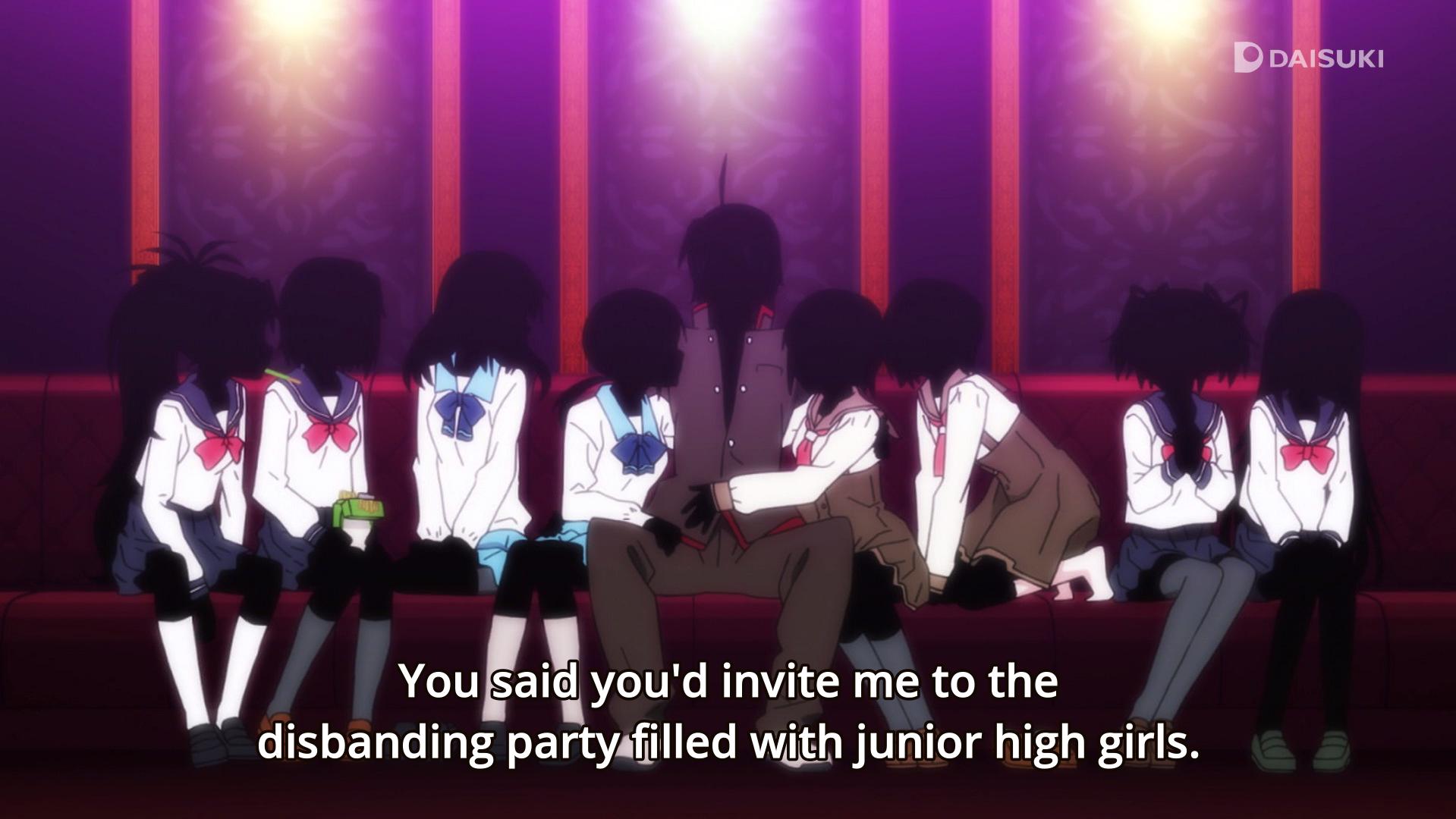 The girls in the purple uniforms are from SHAFT's other show Puella Magi Madoka Magica, but who are the other girls?

This answer is going to be a huge disappointment, in all sorts of ways. I genuinely hope that someone comes along and proves this answer wrong somehow.

I don't think the other four girls are references to anything; I think they're just generic middle school girls from Koyomi's hometown.

Look at the two girls on the right: 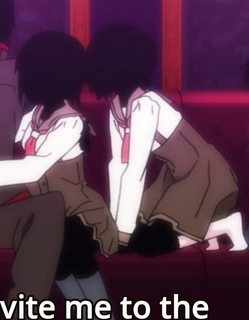 They seem to be wearing the same school uniform as Nadeko: 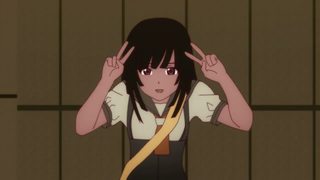 And look at the two girls on the left: 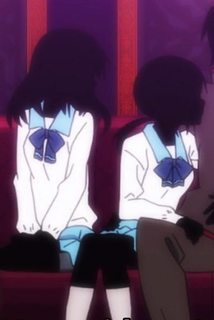 They appear to be wearing the uniform of Tsuganoki No. 2 Middle School, Karen-chan and Tsukihi-chan's school: 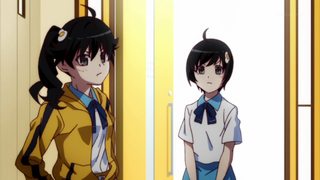 This seems to suggest that the other four girls are just hypothetical middle school girls of the Fire Sisters' acquaintance, since they attend school in Koyomi's hometown alongside Nadeko, Karen-chan, and Tsukihi-chan. In other words, the thinking behind the scene was not, "Hey, let's fill up this scene with characters from our other works"; it was, "Hey, we've got this scene full of middle school girls, how about we shove in Madoka, Homura, Kyouko, and Sayaka?" (Poor Mami got left out again.)

However, the Madoka girls aren't actually wearing their regular uniforms either. Below we see the Mitakihara Middle School uniform, modeled by the lovely Homura, Sayaka, and Madoka: 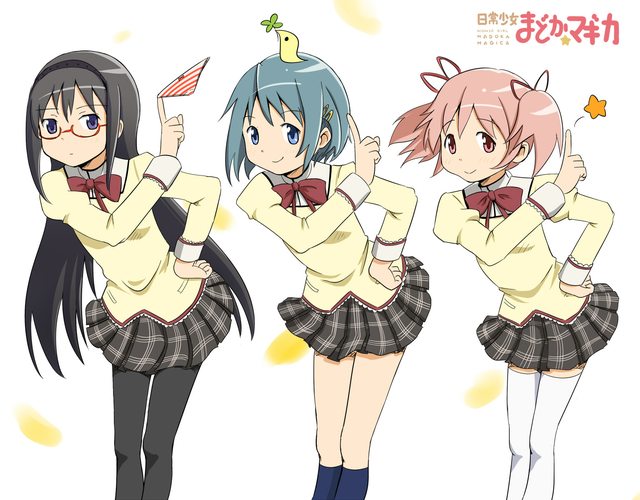 Though the ribbon is similar, their regular uniforms clearly don't have a sailor collar. Since the Madoka girls are in different uniforms, the other four girls might still be from other shows, and were put into uniforms from the Monogatari series. As a counter-argument to this, the Mitakihara uniform looks very different from Nadeko's and the Fire Sisters' uniforms; the scene would look unbalanced if the Madoka girls were put into such different-looking uniforms. Also, in the Madoka series, Kyouko doesn't attend school with the others, so it wouldn't have made sense to put her in the Mitakihara uniform. (Mami attends Mitakihara, but she got left out again.) For those reasons, the animators may have decided to give just the Madoka girls different uniforms.

None of these arguments is iron-clad, so it is still possible that the four non-magical girls are from other shows and were put into uniforms from the Monogatari series for this scene. I genuinely hope that there is some more interesting answer than this one.

5
Who's this person in the middle of the auditorium supposed to be?

5
What was the screen that appeared of Senjougahara during her phone conversation with Kaiki?
17
Who is Araragi supposed to look like in this scene?
5
Is there any connection between Madoka Magica and Monogatari series?
5
Who are the other two girls whose hair Araragi has cut?
5
What exactly is the relationship between Araragi and Shinobu?
11
Who is the uniformed guy in this Owarimonogatari end card?
2
How did Araragi become tolerant to the sun?
4
What does Senjougahara refer in the first novel?