Do we know which side is heaven/hell? 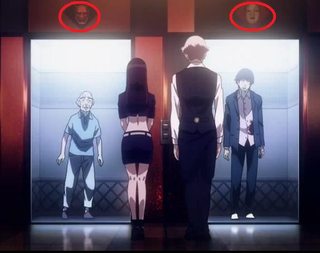 Do we know which elevator is heaven and which is hell? In the Death Billiards movie, it seems kind of debatable. As well as the first episode of Death Parade, did the wife or husband go to hell? Does winning the game have any bearing on this?

Also, not sure if this is any kind of hint, but the beginning of the episode, when the couple enters the room: 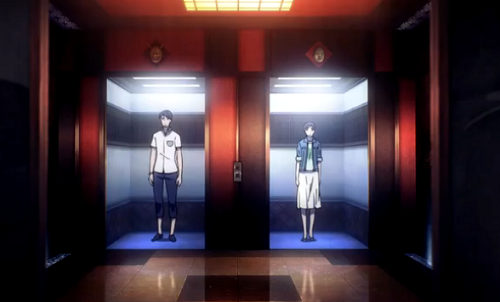 But at the end of the episode, the couple leaves in the same elevators but the masks have been switched: 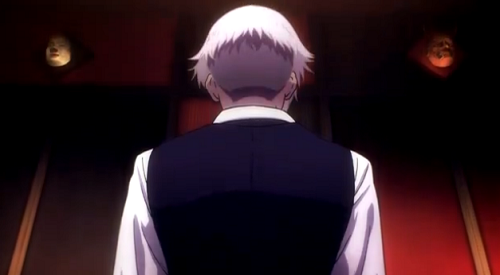 We know that the final result is that the husband gets sent to heaven and the wife to hell:

Takashi gets reincarnated and Machiko gets sent to the void. Wikipedia

The bartender also states that the husband goes to "heaven" and the wife to "hell". This is in the scene after the end credits for the first episode. I believe you may have missed it or Funimation could have neglected to include it.

As you mentioned, the Funimation subs say Heaven and Hell instead of Reincarnated and Void. I believe that this is due to localization, since most English speakers are going to be more familiar with the concept of "heaven and hell" after death, rather than "reincarnation and void".

The mask indicates where the people in the elevator go.

My reasoning is that the husband arrives in the hell elevator because he killed the couple to begin with. Then when it's revealed that the wife cheated, she gets sent to hell.

In actuality there is no "heaven" or "hell," just "reincarnation" or the "void."

From a Christian perspective, reincarnation (not a Christian concept) could be considered "heaven" and the void, "hell."

Looking at this from an outside perspective, the only reason the "Heaven" and "Hell" terms were brought up is to make it the situation simpler and clear-cut (i.e., black vs. white) and relatable to the people who undergo this trial. However, the reality of what is portrayed, is that there is no actual reward or punishment (or even a afterlife). The end result simply seems that you either go back to living or you stop existing entirely.

In Noh theater, the Female mask (white one) represents the divine, and the Oni (and animal) masks (red one) represent the demonic. [1]

Based on the analysis of the four anime episode and the Death Billiards OVA, one can conclude that the White one is "Heaven" and the Red one is "Hell." 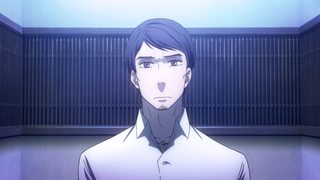 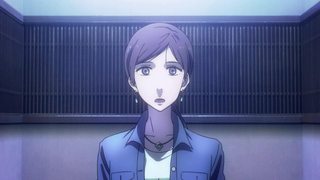 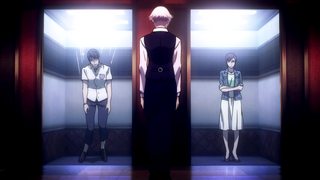 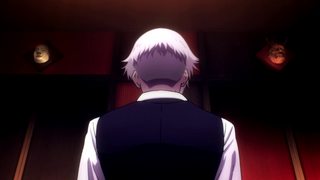 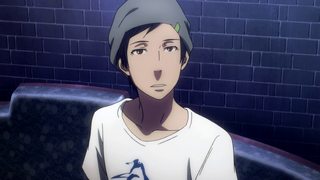 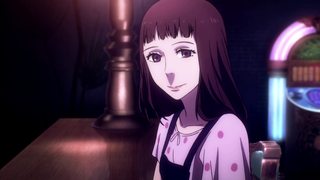 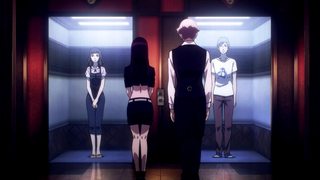 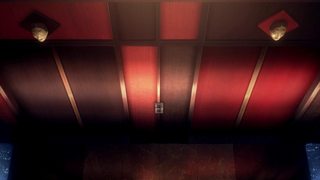 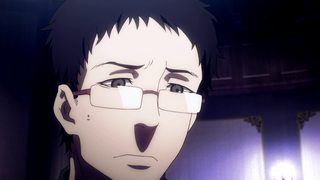 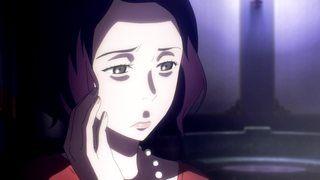 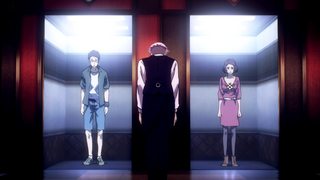 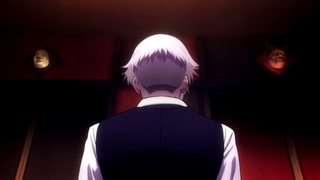 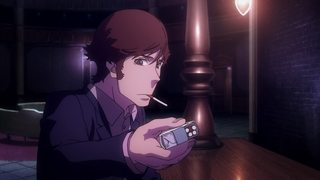 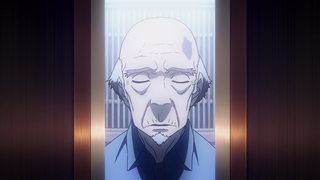 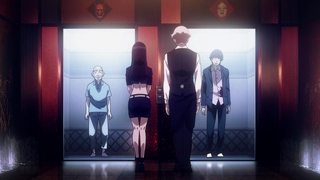 The man was sent for reincarnation, whereas the wife was sent to the void. In episode 2 Deciem confims this.

Heaven/Hell doesn't exist in the Shinto religion, the concepts referred to in the original script are Reincarnation and Void.

As the bar is an area for assessing the candidates who arrive (see Purgatory or Naraka), we know that they are not fully good - as they would have immediately entered Nirvana . In fact, the test is to see which person is beyond saving and who should be given a second shot at life.

The demonic mask is instantly recognizable as 'evil', and as such it's fairly safe to assume that it leads to the void - which, must not be confused with hell. Void is simply emptiness. the redness of the mask is also associated with rage, or feelings of intense anger.

The pale female mask is human based, and white - giving a sense of calm. It's significantly less intimidating than the oni mask. We can take from this that it is representative of reincarnation (forgiveness).

Episode 2 also confirms that winning doesn't matter - which makes sense. The life-death situation has been created to test the true natures of the people being judged.

I believe in episode one, the mask switch was an animation mistake, as it was correct in the following episode: 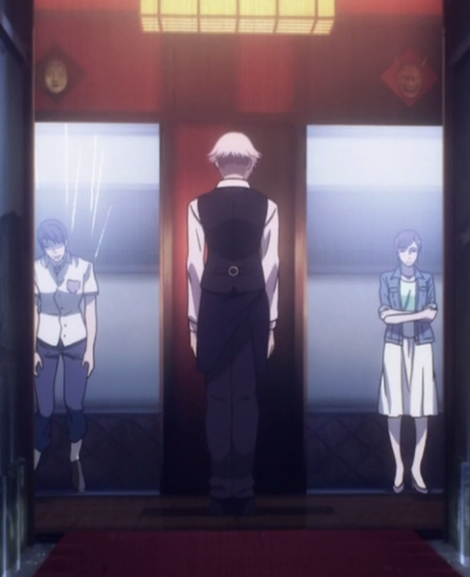 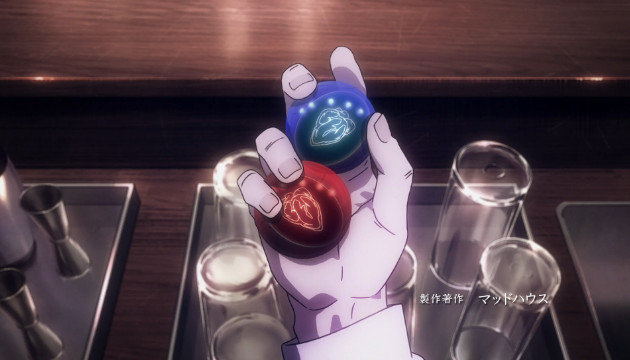 But what really settles the debate is the glossary section of the official website of Death Parade, in which it is explicitly stated that the masks indicate whether the souls of the dead are sent for Reincarnation or banished into the Void.

The white Noh mask (Koomote) and Hannya mask designate Heaven and Hell, respectively. To clarify, the Void is more like Hell than Nirvana. Ginti gave a description of the Void in episode 11:

It amounts to a space containing nothing — a graveyard for souls. Your mind is all that remains. Terror, regret, despair — it's the sensation of falling forever while embracing all your negative feelings.

I have created a table showing all the outcomes of the games and the decisions made by the Arbiters:

Note: We didn't actually get to see the "customers" leave by the elevators in episodes 6 and 9. But even without the reliable indicator of judgment that is the masks, there is little doubt that all the "customers" in those two episodes got sent to Hell.

As you can see, the outcome of the games does not seem to have any bearing on whether the winner or loser is sent to Heaven or Hell. In fact, each of pretty much all possible outcomes is covered in exactly one of the seven types of games. It's unclear whether the winners and losers of a particular type of game will always receive the same judgment, but it's unlikely to be the case that they do.

Guys I saw this page and it said that the Takashi went to hell basically & his wife went to heaven. But in Buddhism, reincarnation is what's considered to be bad. Someone who is reincarnated is someone who is still ignorant and has yet to reach enlightenment. So they go through the sufferings and trials of living in an endless cycle to eventually achieve it. Also, To go into the void is to reach enlightenment.

"When ignorance is uprooted, rebirth is ceased."

Someone who reaches the void achieves nirvana. Being enlightened is to be ridden of all worldly desires and enter a state of "emptiness" or existential freedom or transcendence. (Cease to exist)

So the issue at hand isn't whether or not these people go up or downstairs, but whether they reach enlightenment or accept and acknowledge their sins...I would say.

Not the answer you're looking for? Browse other questions tagged death-billiards death-parade or ask your own question.

13
What did the old man say to the bartender at the end?
7
How are Death Billiards and Death Parade related?
5
What determines if someone going to Heaven or Hell?