At first, I didn't notice this part because I was too focused on Celty and Shinra's "lovey-dovey upgrade", until my friend told me about this part...

They are making something weird, or should we call it a weapon - right there on the table?

What I want to ask is, are they assassins? Or do they have another identity besides being obsessed with Yuhei-sama ? 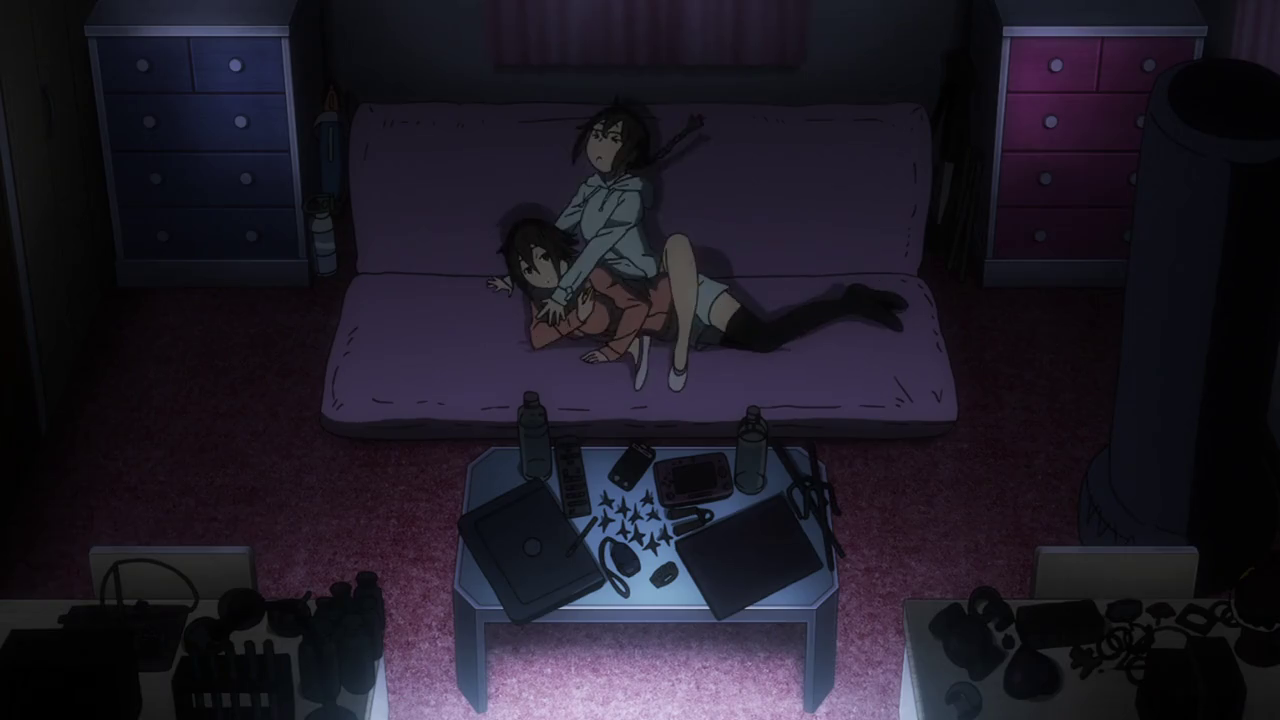 They appeared in the special in the first season.

If you're super-observant, you can actually spot Kururi and Mairu as early as episode 8 of the first season. They appear in the background of one shot (at right). 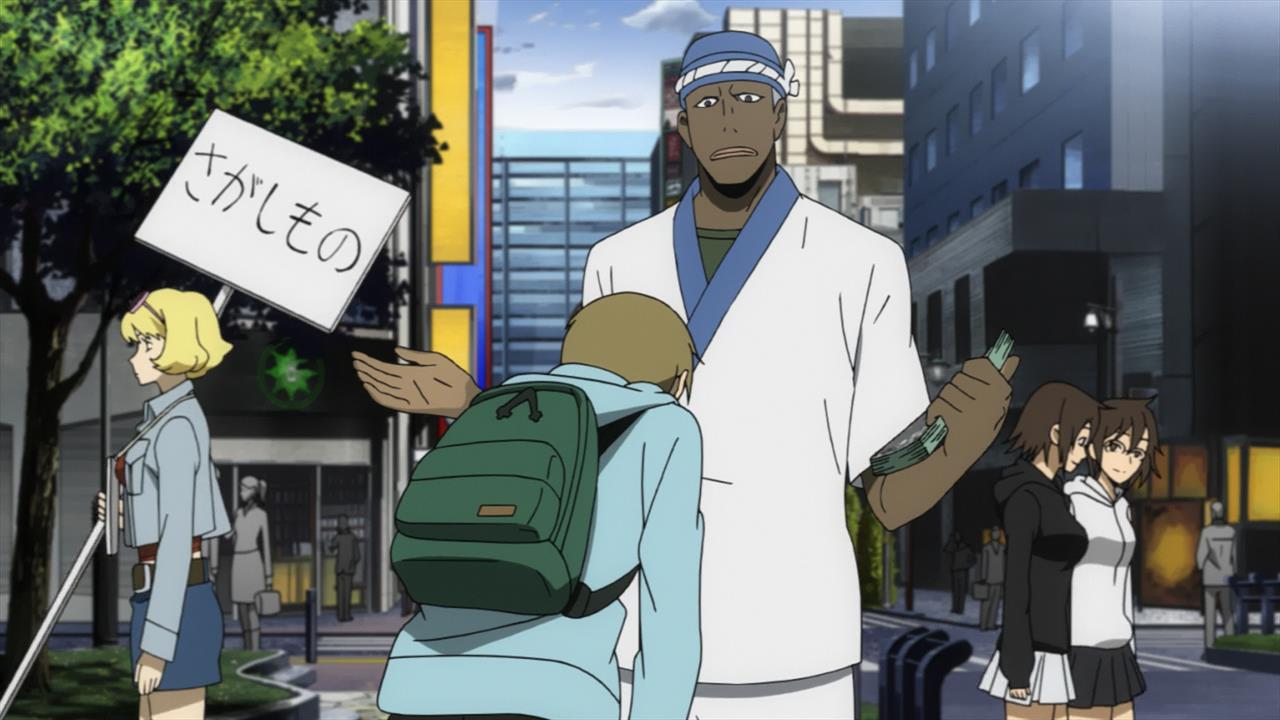 They aren't introduced by name, but an enterprising Japanese-reading person who recognizes Kitamura Eri's voice could take a look at the end credits and spot their names there. 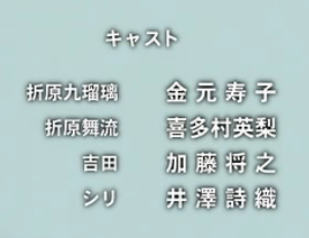 It sounds to me like Mairu is just saying "Yuuhei-san" repeatedly (lol foreshadowing), but I guess Kururi must have a line that I'm not catching, too (Simon is speaking over them), since Kanemoto Hisako is credited as her in this episode.

Not the answer you're looking for? Browse other questions tagged durarara .

8
What's the meaning and motivation of Izaya's behavior in Episode 2: "Highly Unpredictable"?
5
Why are there so many references in Durarara?
3
How many volumes of the light novels did Durarara season 1 cover?
2
Is episode 12.5 in Durarara a filler?
4
Who narrated episode 1 of Durarara!!×2 Ten?
1
Should I know who Tsutsukawa Azusa is as of the end of Durarara!! ×2 Ten?