A manga about a girl helping demons but can't touch anyone because of it? [closed]

I remember a scene where a boy is riding a bicycle (?) and he runs into a girl. They both take a tumble, but when he goes to check on her, she is more worried about him. I believe she takes in or helps demons that the guy can't see. For each one she helps, she becomes more powerful, but the power is misfortune (?), I believe.

There is another scene where the demons are checking on the guy when he's taking a bath, and the demons are telling the girl they have seen him naked just to embarrass her.

I recall that she also helps a demon that is a store mascot (?), possibly a panda, and he joins her group. The demons learn that he does a ritual of some sort or has a charm that prevents them for doing any harm.

I'm quite sure it is Renai Kaidan Sayoko-san.

Synopsis from mangaupdates (emphasis mine):

Sayoko is an incredibly kind, but solitary, young kimono-clad lady who has certain supernatural abilities. She can see ghosts, and she frees them from their places of death by agreeing to let them haunt her instead. As a result, everywhere she goes, she is followed by an army of well-meaning spirits that only she can see. Her weirdness tends to throw any normal people who would have otherwise possibly become her friends.

Inaba is a poor college student who happens to accidentally run over Sayoko with his bicycle.

The scene where Inaba runs over Sayoko with his bicycle happens right at the beginning of chapter 1. Sayoko was bleeding from her head, but she was more worried about the boy's well-being than herself. 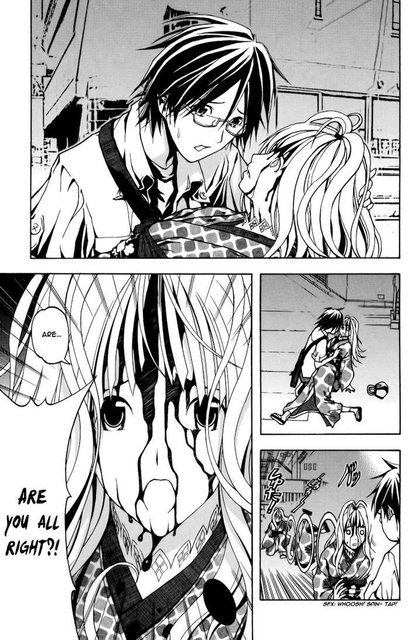 Also from chapter 1, Sayoko asked Inaba to lead her to the cursed shop where Inaba was supposed to work at but the manager ran away without paying his wages. When she arrived, she had a talk with the panda mascot, who died from a heatstroke. The panda mascot loved the smell of the restaurant, so he stayed and tried to advertise the shop, but every new shop opened there shut down in the end. She let the panda mascot possess her near the end of chapter 1. 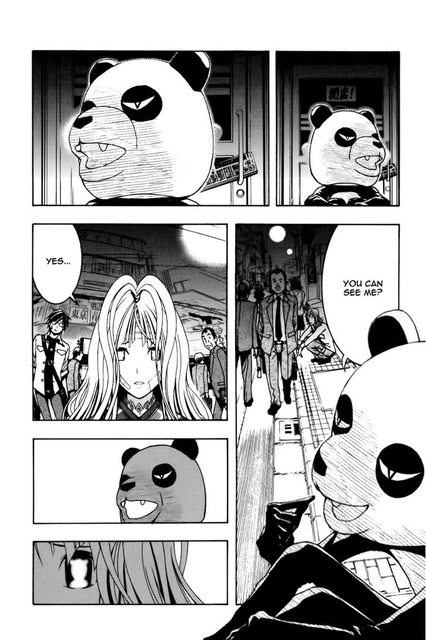 The scene where the ghosts (not really demons, they are well-meaning ghosts) teased her about seeing the boy naked is from chapter 2.

Not the answer you're looking for? Browse other questions tagged renai-kaidan-sayoko-san or ask your own question.