What is the context of this reference to Chrollo Lucilfer in Inou Battle manga chapter 1?

In chapter 1 of Inou Battle wa Nichijou-kei no Naka de manga adaptation, Andou made a reference to Phantom Troupe's leader Chrollo Lucilfer from Hunter x Hunter series, as pointed out by Tomoyo. (Note the matching cross-shaped tattoo on his forehead).

What scene from Hunter x Hunter is being referenced here? And what is the context of that scene? 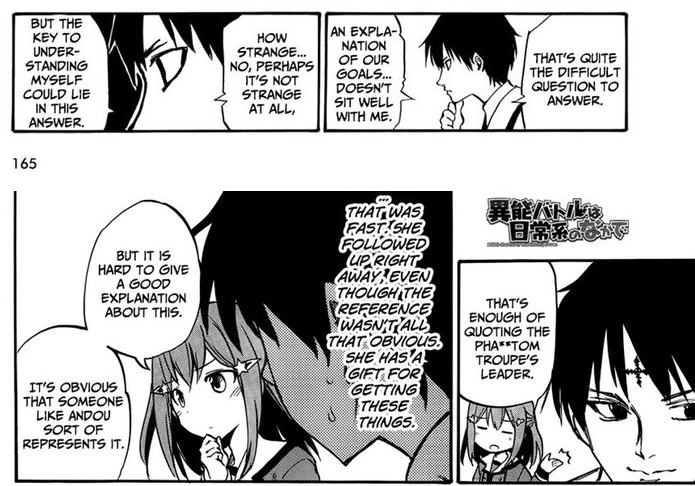 The scene being referenced is Chrollo's response to Gon's (the protagonist) question directed at him, "How can you kill people who have nothing to do with you?"

For context, Chrollo is the leader of the Phantom Troupe, also known as "the spider", a murderous group of thieves. In the Phantom Troupe arc, the scene in which this reference comes from, the Troupe kills many people in Yorknew City in order to steal goods from a large underground auction run by the mafia.

The scene that this is quoting comes from episode 56 of the 2011 anime, "Beloved X and X Beleaguered". The quote itself can be seen at 16:30. 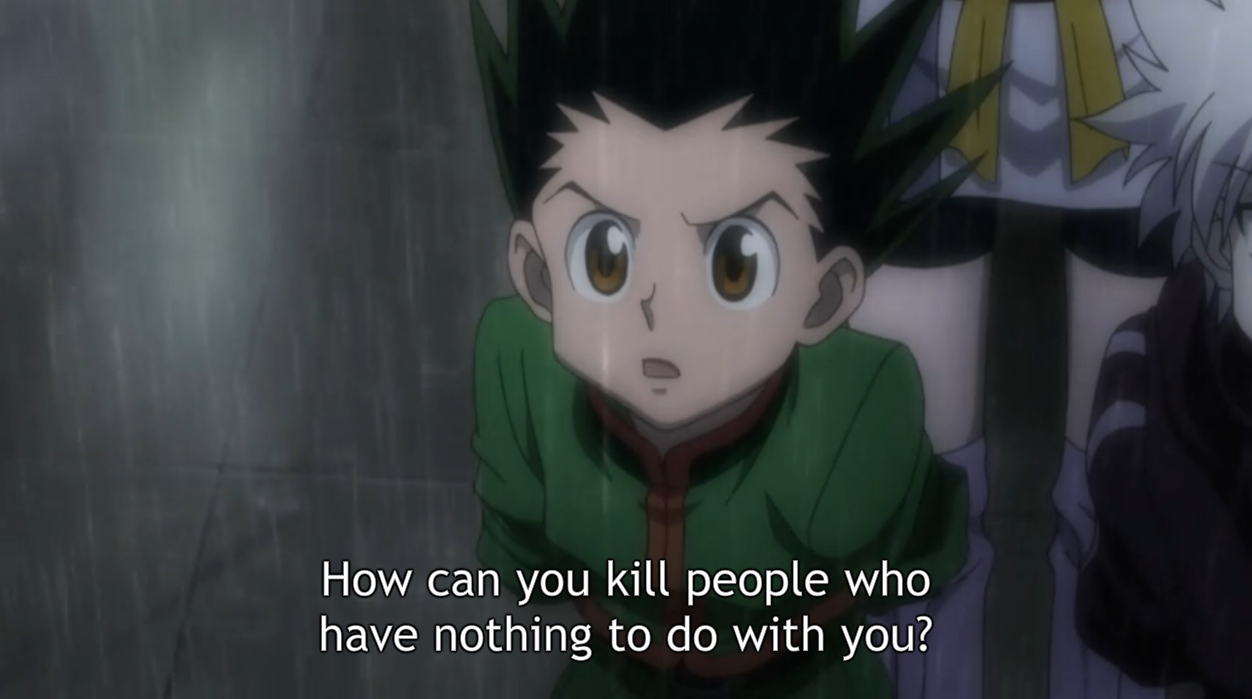 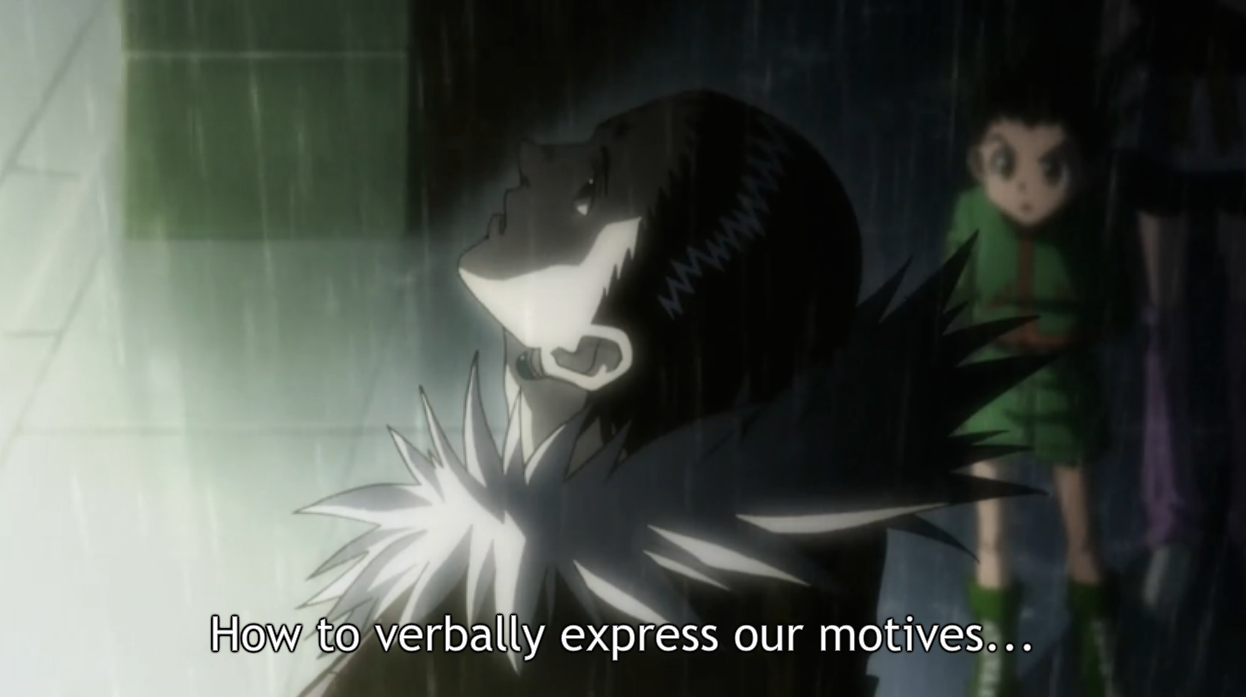 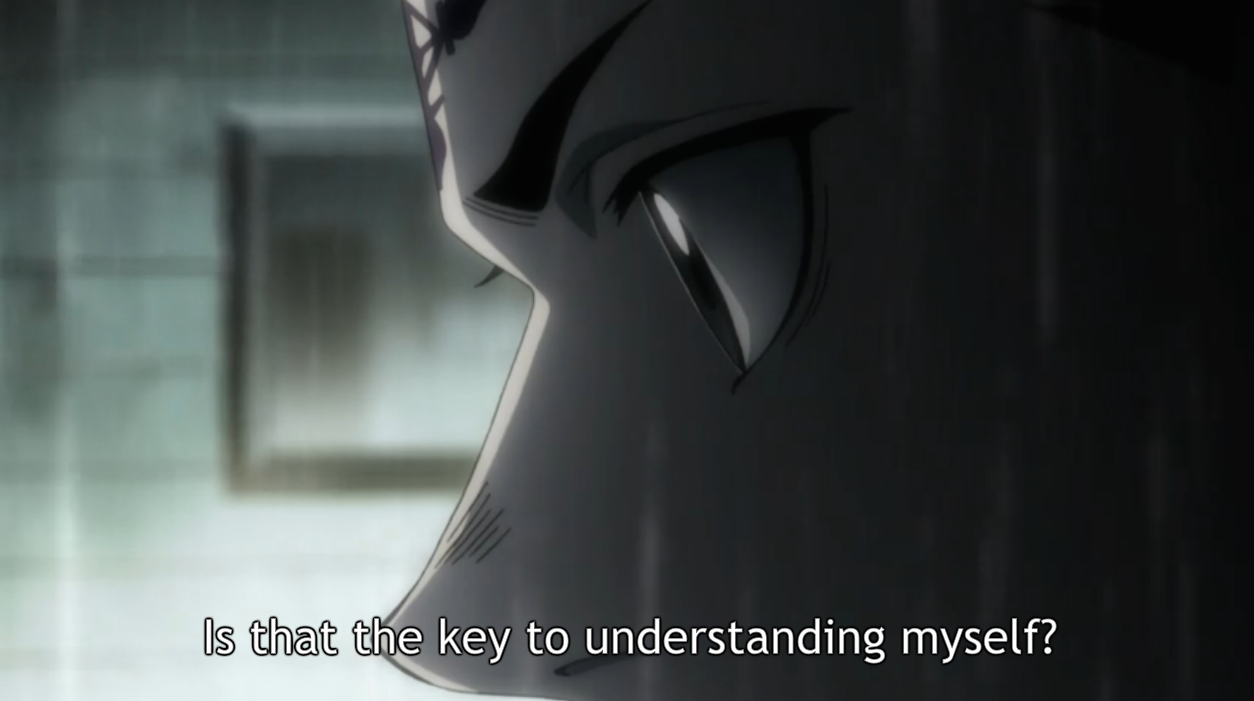 5
What is the context of this Hunter x Hunter reference in Inou Battle manga chapter 2?