Is this an animation error, or just bizarre character design?

While rewatching The Flowers of Evil, I noticed this character in episode 2: 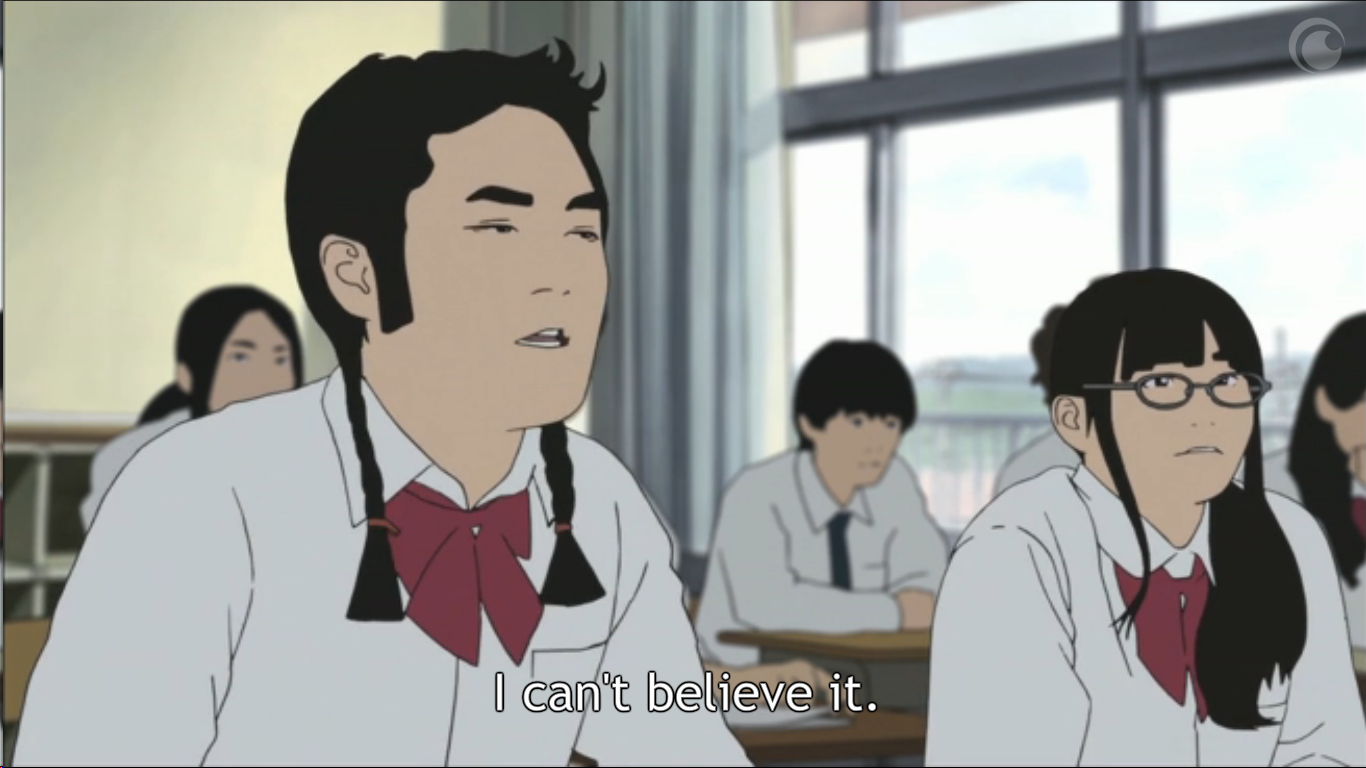 The character on the left struck me as very odd - she's wearing braids (which would normally suggest a female character), but she also has sideburns, which seem to be more or less only something men wear. (I'm assuming the character is female from the voice actor who plays at that moment.) Moreover, if the character weren't female, it would be odd for a school to allow him to wear braids.

Reddit suggests that this character also appears in the manga, so is this just intentional character design, rather than an error in the art? If so, who is this character, and is there anything (e.g. personality traits) that might explain this odd hairstyle? (I have not read the manga yet, and so can't easily look this up.)

Update: I remembered seeing some video footage of the live-action filming that the rotoscoped animation was apparently from on YouTube, so I might try to dig that out to see if I can get a better idea of what's going on here. On a second glance the braids struck me as a bit odd in terms of the shaping of their ends (one usually expects the hair to thin out somewhat and possibly curve a bit), so it occurred to me that this might be useful.

Update 2: After reading the entire manga, I couldn't find a character with identical design. (From the uniform -- notice that the character here wears a bow, instead of a tie -- it seems certain that they're probably female.) However, I did notice a presumably female character with very short hair (for a girl) that was in the corresponding chapater of the manga. I don't remember if the character was wearing a female uniform but will look it up later when I have time.

As mentioned in my comment, this doesn't seem to be an animation error. Aku No Hana is rotoscoped, which is essentially drawing over live action sequences. Here's a shot from before it was animated: 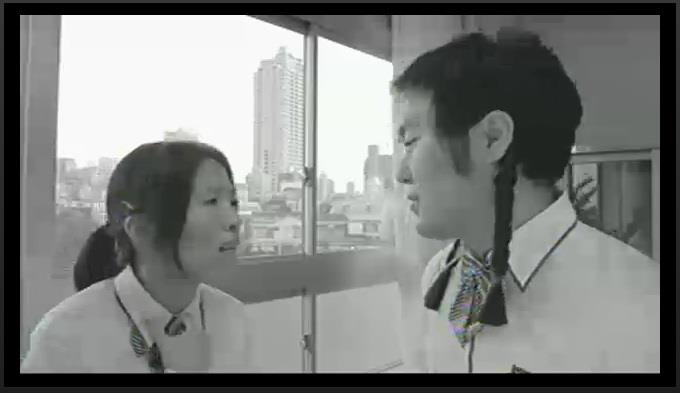 I suppose it was intentional if they had this character dressed up like that. I haven't seen the animated show, but the character definitely doesn't appear in the manga, having read it myself also.

Just a guess, but perhaps it was to exaggurate ugliness of a character because the animators couldn't do it that easily with the technique?

So, yes it does seem to just be bizarre character design. Especially as the character barely appears in the anime and only has a single line.

Not the answer you're looking for? Browse other questions tagged aku-no-hana or ask your own question.