Who are all the characters Tomoko imagines?

In episode 7, when Tomoko is in line to see the otome Voice Actor from the game, she gets the bonus ticket to get a custom recording. She rethinks about what line she wanted after hearing the girl in front of her request the line "I want to ruin you".

Tomoko has a montage of different characters from different anime with the Voice Actor as that character, below is an image Tsugumori-704 found. 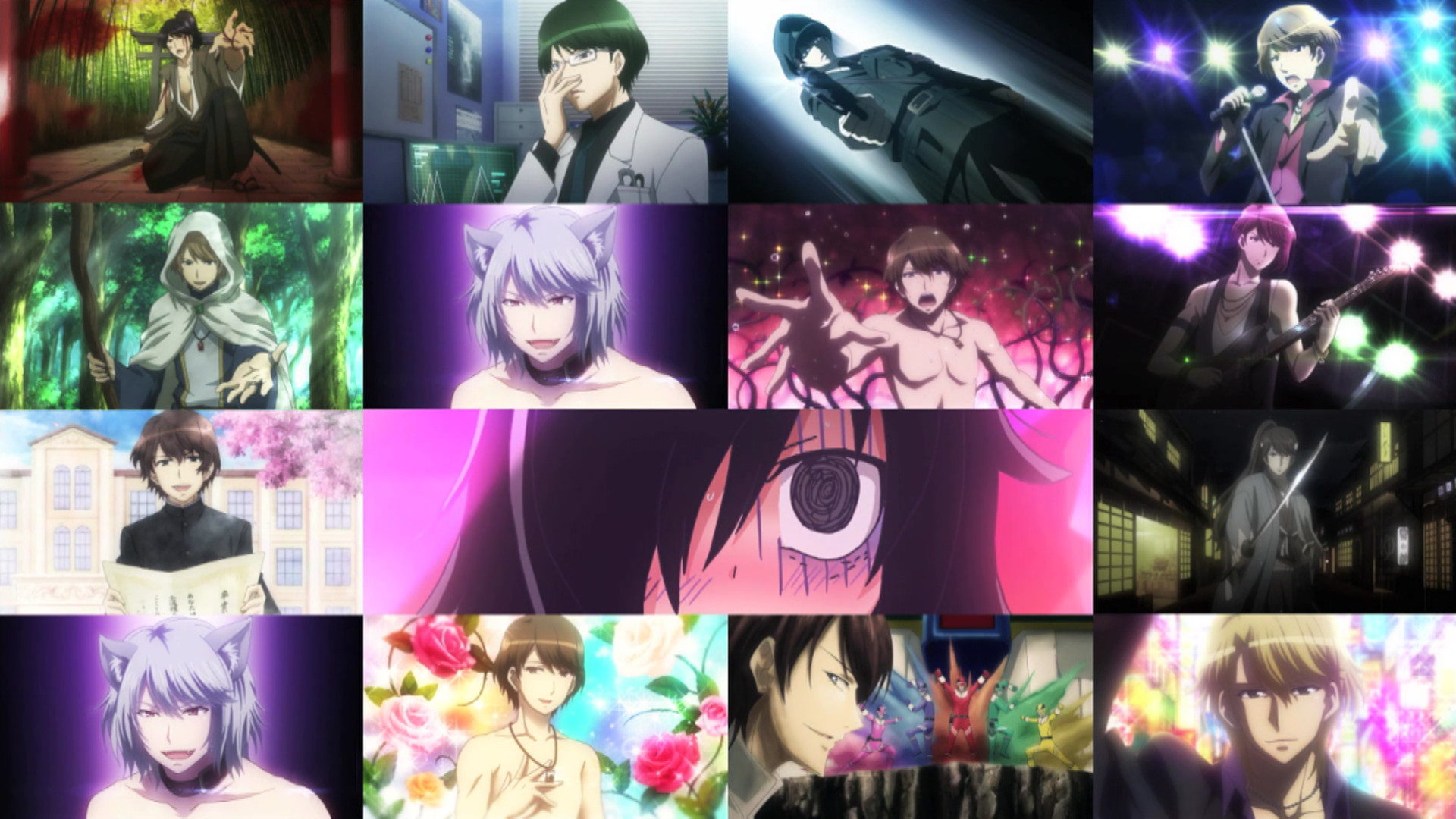 I am wondering what were the other characters Tomoko imagined and which anime they came from?

Browse other questions tagged watamote or ask your own question.

11
What is the little doll on top of Tomoko's phone?
14
What series was Tomoko talking about?
9
What is the drawing on Tomoko's shirt?
7
What are these three references from episode 9?
9
What reference is this scene involving riding a bicycle to watch the sunrise making?
3
Is this the correct translation of what Tomoko is saying?
4
Why is Tomoko actions on her computer so exaggerated?