Why did Saber reveal to Shirou and Rin that she has participated in the previous war? 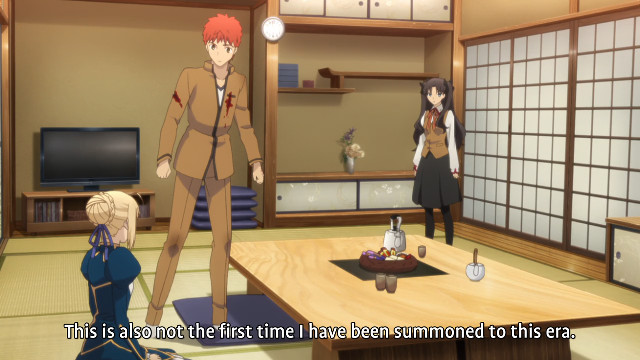 Saber did not reveal her identity to Shirou for fear of her master giving it away to enemies and thus exposing her strengths and weaknesses. But why, even though in front of a rival master, did she reveal the fact that she has been summoned to the previous Holy Grail War? Wouldn't that enable Rin to deduce whatever advantage Saber has because of her memories of the previous war and possibly even her real identity (Servants being summoned twice and retaining their memories was unheard of)?

Because there's nothing to gleam from the fact that she was summoned previously, infact in the Visual Novel she doesn't say that she was summoned in the previous War but was "summoned once before", she doesn't mention that she was in the previous Holy Grail War until later on the 4th day where she and Shirou talk to one another before going to be where Shirou finds out she made it to the war's finale and questions his worth as a Master to her (since within the first night Saber had been in 3 fights and was badly injured in 2)

Also, Rin mentions when Saber says she was summoned previously that it was quite rare. given what we know about the previous Wars with the exception of 3 no hero has been properly summoned twice under the Fuyuki System, the exceptions are

he was never unsummoned in the 4th war, Angra Mainyu's corruption unnaturally boosted his Independent Action Class Skill to the point he could stay in the world indefinitely

is it a representation of the 3rd War with 5th war Servants acting as stand-ins for the Servants of the 3rd War and some Masters being based off from 3rd war, such as the Edelfelt sisters who look like Rin and Sakura

Also, everyone who knew her identity she presumes had died as at the time she hadn't seen Kotomine nor know that Gilgamesh was still around and finally, given the normal procedure in the Holy Grail Wars to kill Masters to ensure they can't contract another Servant later on, with Gilgamesh being the only other Servant left to confront her she would assume Iskander and Waver are dead (however we know Waver is still alive)

Servants being summoned twice and retaining their memories was unheard of

Yes it's unheard of, mainly because every Hero summoned is not the real Hero but a clone as such they should not have memories of a previous war as the clone who has these memories is lost at the end. the bellow image and link explains it quite well 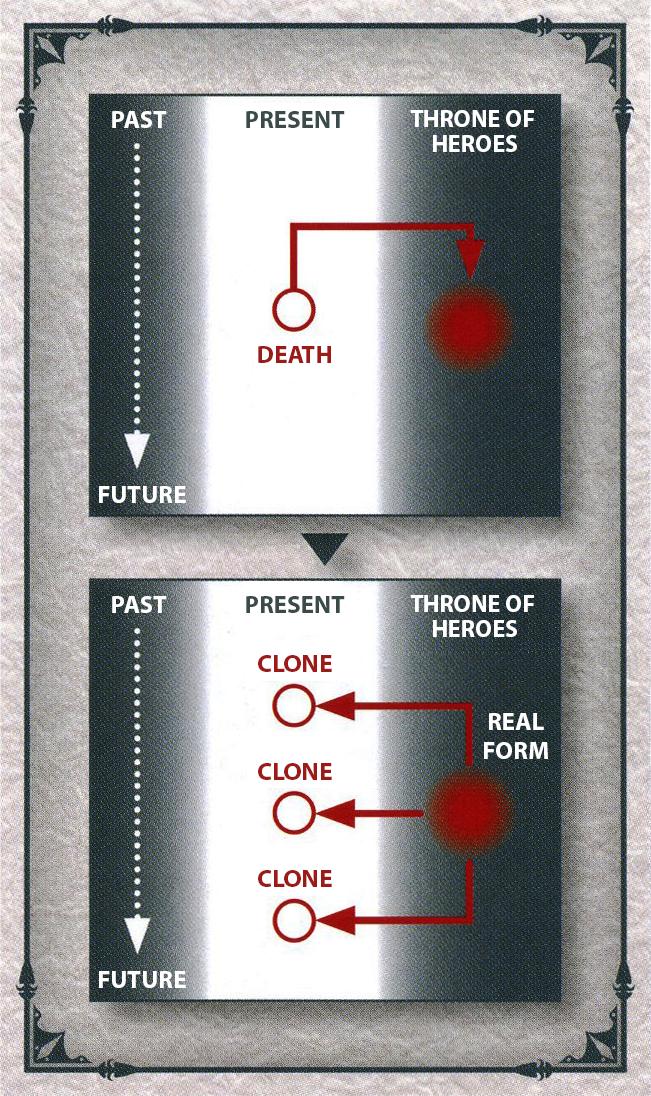 If this was not the case then Servants who become corrupted by the Grail particularly those in the Heaven's Feel Route would be corrupted in the Throne as well.

the Reason why Arturia isn't a clone is because she made a contract with the world prior her death to become a Heroic Spirit in exchnage for the Holy Grail, thus she wasn't summoned from the Thone of Heroes as the bllow image shows 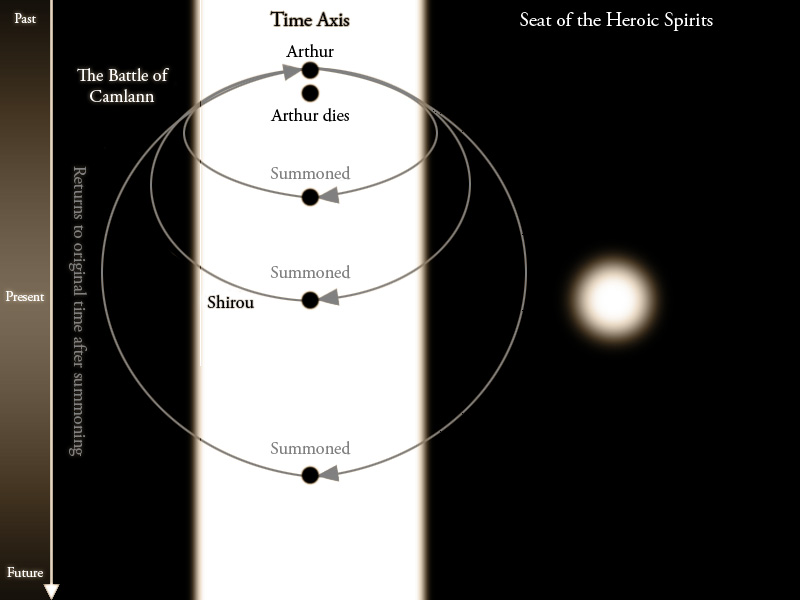 5
Why do Saber and Rin sound disappointed when they see inside Shiro's shed?
9
Is it possible for one Master to have multiple Servants?
2
How long was Saber waiting for Shirou after she died?
2
Are Servants also given knowledge of future heroes?
3
Which Master was spying on Rin?
6
How does the Grail choose the participants?
14
Why is Saber wearing a white wedding dress and why was she posed like that?
5
In Unlimited Blade Works, why did Caster try to kill Shirou when she hadn't retrieved his Command Seals yet?
6
Why doesn't Rin save Saber in episode 24 of Unlimited Blade Works?
2
How does Saber's summoning to the Fifth Grail War work?