I read a manga last year (I think it was last year ^^) and want to read it again, but I forgot the title. I hope you could help me find it.

It's about a guy who got dragged into a showroom or something like that with a big stage. They were being tested by a person, and had to win games in order to survive. They used cell phones.

I think the main character was playing a social game or something like that, in which you could make friends. He had a lot of virtual friends with whom he could talk about his problems, because he didn't get along with people in real life except for his sister. All other humans who weren't dragged into the survival game could watch this whole spectacle from a TV in the city.

This is as accurate as I can remember. I hope somebody might be able to help me.

Color spread from the first chapter: 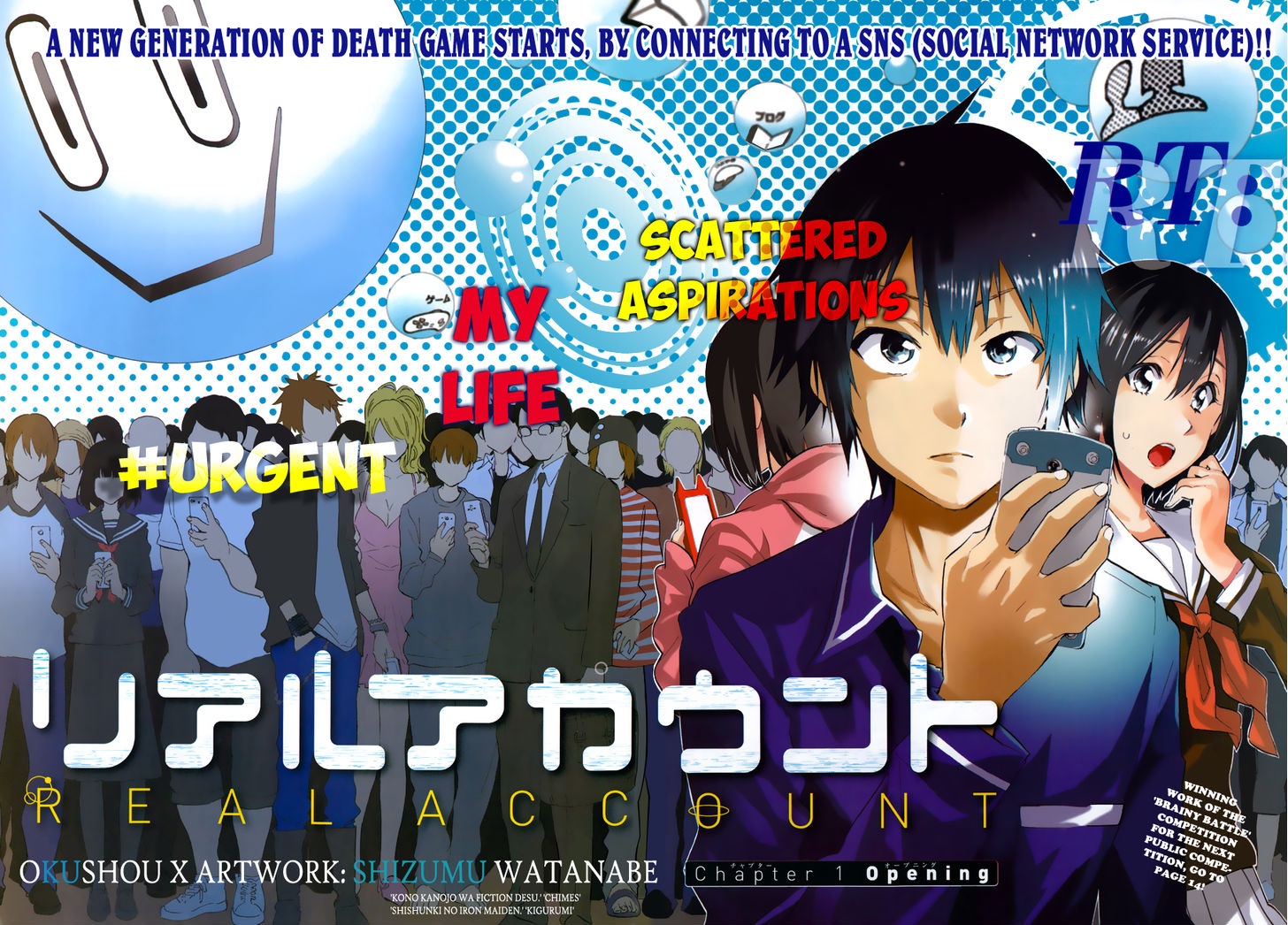 Summary of the first chapter (written by yours truly, since I can't find any with enough details):

The story revolves around the social network Real Account. The protagonist generally didn't associate much with his friends at school, rather, he spent most of the time on his phone on Real Account, in which he had thousands of followers. When he was fiddling with his phone as usual, he (or rather his consciousness) got sucked into the virtual world of Real Account. This marked the start of the death game, where if you died in the virtual world, you and your followers would die in reality, and if your number of followers reached 0, you would died. The mastermind then announced the first game, where people were allowed to unfollow whoever got trapped in the virtual world within 3 minutes. Except for his sister, who told him she would never unfollow him, all followers of the protagonist unfollowed him.

Not the answer you're looking for? Browse other questions tagged real-account or ask your own question.