I'm looking for a manga about a girl who has the ability to see every person as two people; one normal and one that shows what the person is actually thinking. The second has a large 'C'(the kind you see with eye tests) on them (around the stomach area) (I do not know how to explain this) She has a pair of glasses to see normally and keep her power hidden. I remember her going to school and talking to a teacher as for the setting.

I hope this is enough information

I'm quite sure it is Shiryoku Kensa.

Based on the 40mP million-view hit Vocaloid song Shiryoku Kensa, Miyashita Megumi, also known as "Gumi", was one of the only survivors in a plane crash thirteen years ago. Since then, she has been able to see two copies of every person and one of them always has a "C" on them. Thirteen years later, she now wears glasses, yet her left eye remains a puzzle. And then, her friend goes "missing".

Her physician told her to keep her glasses on to prevent her left eye (the C eye) from seeing the true self of people, so that she could live a normal life. And she had been keeping her glasses on since then until her friend stopped going to school one day, when she decided to use the power of her left eye to investigate.

Below is a page from chapter 1 showing her C eye's power activated after she removed her glasses. As shown in the page, she could see 2 copies of the same person when they are lying, and the copy with the C is the person's true thought. 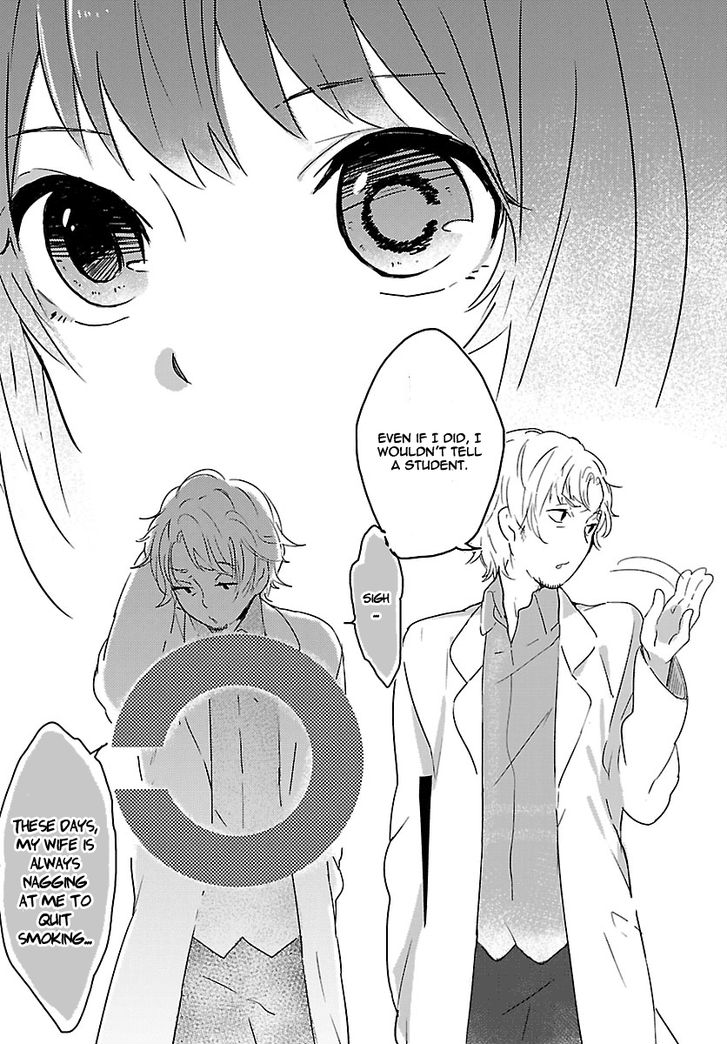 Not the answer you're looking for? Browse other questions tagged shiryoku-kensa or ask your own question.