In which episode did some boys destroy all of their village's toys?

In this episode Pinocchio was in a village. In this village was a boy. That boy said to his friends and other boys that they should steal and destroy all toys of their village that they can find.

There was one scene where this boy took a wood toy giraffe and broke its neck and stole it. The child/ girl who was the owner of the toy giraffe was looking while this boy doing that. After that she started to cry.

In the evening all boys gathered to one place and dropped all toys into a hole. Then they took torches and start circling (the torches) around the hole with the toys and their bodies. In this scene came Pinocchio and told them to immediately stop doing that. Pinocchio said that if they wouldn't stop, then god would punish them. But all children continued with that.

Suddenly the toys shoot lights/ laser and spread the light (from the hole) everywhere. All objects and animals (earth, trees, cats etc.) who got shot by this laser came to life, and started moving and talking.

What episode was that happening? 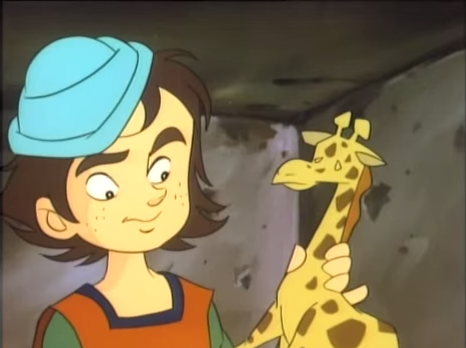 Not the answer you're looking for? Browse other questions tagged pinocchio .