Why didn't Kenshin use a bokutou?

Himura Kenshin, the Battousai, used a sakabatou. He did this to prevent himself from killing people anymore. My question is, if that is his goal, then why didn't he settle with a bokutou (wooden sword) instead? A bokutou would definitely be duller than a sakabatou, which is made of steel.

There are several reasons he would go the awful length to get his Sakabato forged by a master swordmaker, with metal:

1) Weight: there are no material at the time that could have the same density as metal. For a swordsman, the weight of the blade is very important. For Kenshin, since all of his attacks are blunt attacks, it is vital.

2) Resilience: enemies can break wood and bamboo swords. The medieval jousters carried twenty plus jousting lances to tournaments, because they would break every time they delivered a solid blow, and most of the times when they missed or scraped.

3) The edge: the Sakabato does have an edge, on the back side of the blade. Himura uses it to cut everything from pottery to cannonballs. His only exception is people. 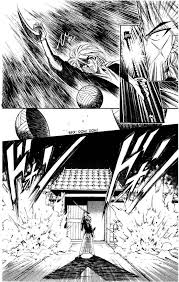 4) His self-image: even though his passive servant act, Kenshin is still a japanese swordsman. The fact he has a sheathed sword by his side still demands some respect from his opponents (and the most wary ones are the ones that did not fall for his timid demeanor). Also whatever shred of pride he have (arguably some) would demand he carried a real sword (even though several characters in that universe do not consider the sakabato a real sword).

His use of a Sakabato is foremost a physical expression of his vow (in the manga several times his Sakabato is inspected by officers or other swordsman, only to be met with disdain), and in a second moment for the convenience of not having to twist the blade everytime he wants to deliver a non-lethal blow. Several other anime has this scene in a swordfight where the winner delivers a otherwise fatal blow and follows up with "don't worry, I used the backside of the blade".

But I'm pretty sure a bokuto would break if he was fighting against a person with a sharp blade. It's better to use a metal sword so it doesn't break. Yeah, metal's just stronger than wood.

The Sakabatō holds a deep meaning, as a blade that is not meant to kill. This is the philosophy that Kenshin wants to be true. Although it is symbolic it is also practical. A wooden sword would just get cut in half against a skilled opponent.

22
Who is Kenshin based on?
7
Why would Himura Kenshin turn back into Hitokiri Battousai?
4
How closely does Rurouni Kenshin resemble real life?
1
How do I watch canon Kenshin content?
9
Are guns in Kenshin historically accurate?
14
What disease did Kenshin and Kaoru catch that killed them?
2
How old is Himura Kenshin?
2
What series are there after Rurouni Kenshin (1995)?
2
Is their a difference between Rurouni Kenshin & Samurai X?