Are guns in Kenshin historically accurate?

Seems like the opposing factions could acquire guns in the Kenshin universe; it seemed to come from totally unregulated trade with foreigners, or the same army which is in #2, #3 and maybe #4. Is this historically accurate? Where did they all get their guns from?

Remember, Rurouni Kenshin is set during the late 19th Century. This is just after the American Civil War, during the British Victorian Era: the height of the British Empire, and a time when the Western powers were very interested in the riches of the Far East.

The Western powers were mostly laissez-faire capitalists who would allow their people to trade anything with anyone; read about the British opium trade in China to get an idea of how trade worked at the time. Western traders would trade whatever they could for Eastern gold, silver, tea, and silk; that included guns, which were plentiful and relatively inexpensive in the West—the Japanese Meiji Era began just a few years after the American Civil War ended, and there were guns everywhere in America. The factories of Britain, France, and Germany were also constantly spitting out rifles, revolvers, and cannons. In this period, the European powers would still have a major war among themselves every few years (the Franco-Prussian War broke out during the same timeframe that Kenshin takes place), so they all wanted to build up stores of arms in preparation for the next struggle.

Given that guns were everywhere in the West, that they were highly desired in Japan, and that Western traders desired Eastern riches, it makes sense that the Western traders would trade guns to the Japanese. Although we don't see it in Rurouni Kenshin (to my knowledge; I only watched the anime up to the end of the Kyouto Arc), I always assumed these factions got their guns by trading goods like silk and tea to Westerners, or by buying them from Japanese merchants who had traded for them with Westerners. This did happen historically, as the article on Firearms of Japan linked by @nhahtdh tells us.

From what I can remember, the guns in Rurouni Kenshin are historically accurate to the period; the Gatling gun was very new at the time, having been invented during the American Civil War. Revolvers, like the famous Colt, were also common in the West. According to the article @nhahtdh linked on Firearms of Japan, firearms from before the Tokugawa period were matchlocks based on the Portuguese arquebus. Many of these were destroyed during the Tokugawa period, but some remained, and after the arrival of Perry, they were converted to flintlocks as part of the modernization effort (see also the fourth paragraph, here).

Yes, for the most part. The animators were very discreet to make sure the guns that were prevalent were accurate to what Japan had, made or were attainable at the time. The series was set 10 years after the Boshin War ending or early 1878. At the time the US and other nations were supplying new firearms to the Meiji's Imperial military. By 1868, Japan adopted the "Snider-Enfield" breechloader as it's standard service rifle which remained in service til 1880.

Accurately seen and depicted in the anime specifically in episode 22. 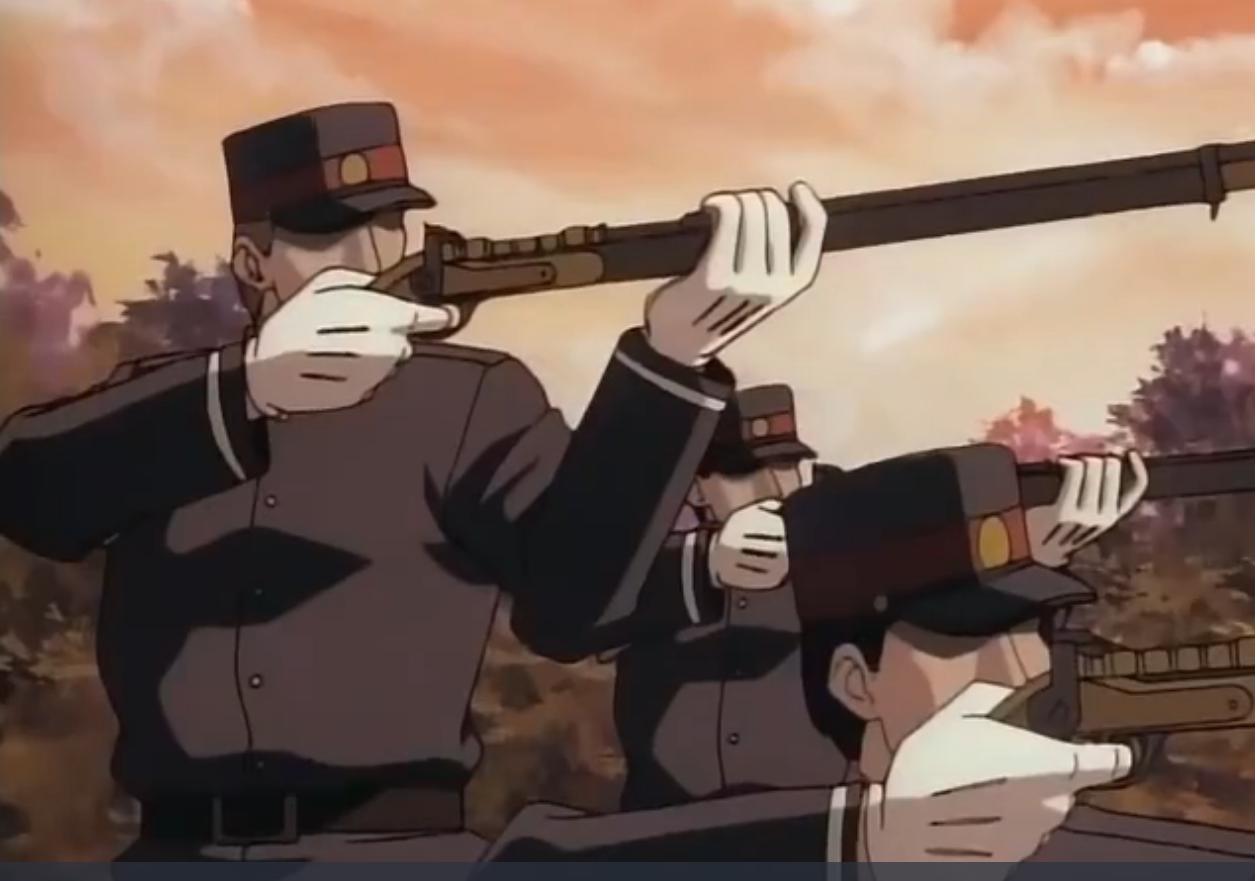 In Episode 6, Gohei attempts to kill kenshin with a Colt Walker revolver.

The most infamous gun was Kanryu's "Gatling Gun" thou Many gatlings were made, during the Boshin war the Shogunate managed to get 2. Kanryu's gatling gun doesn't appear like any other, namely the gun only has One visible barrel. 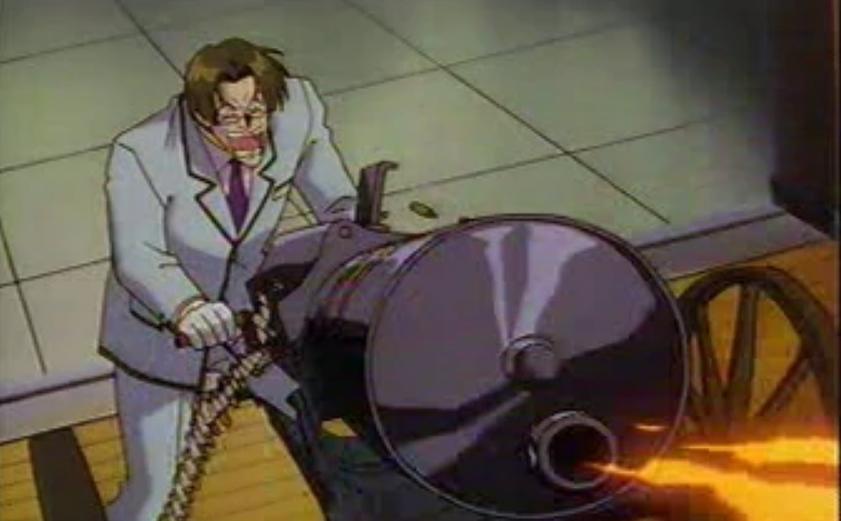 This is erronenous as the weapon more closely resemble Hiram Maxim's machine gun, which wasn't invented til 1884. 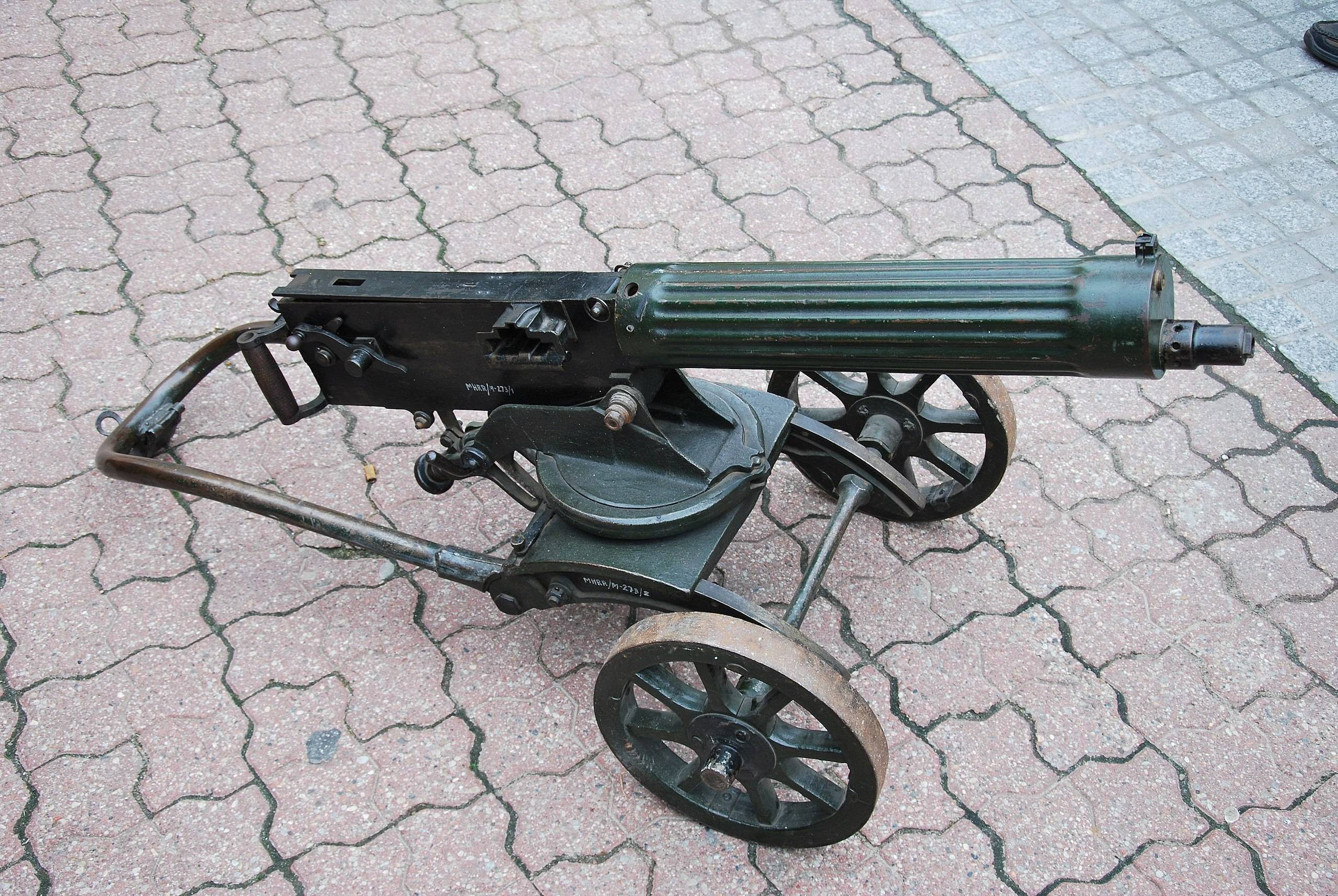 This is a more accurate representation of a gatling, the Colt 1874. 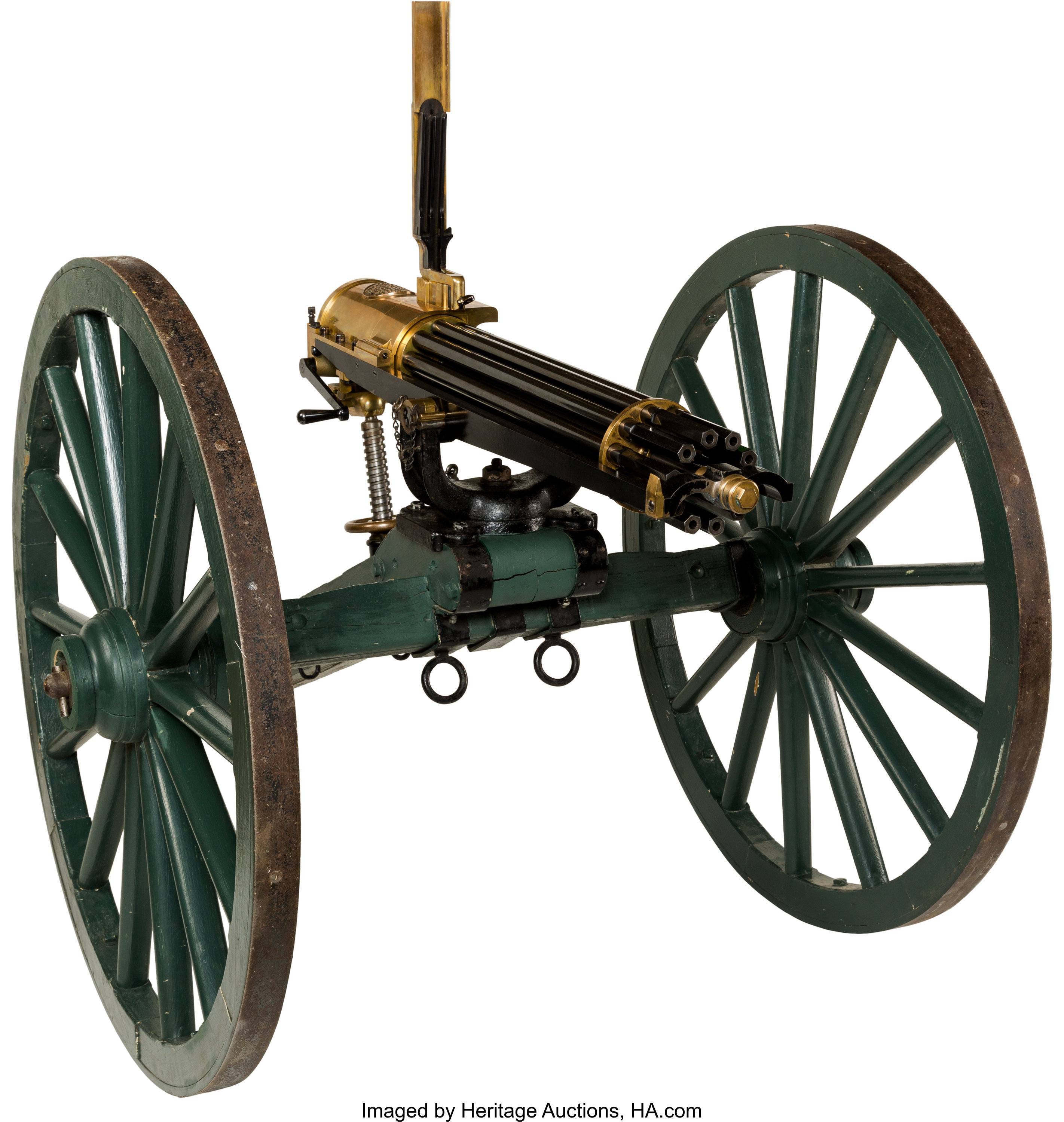 Actually the Gatling Gun to me seems to be a fusion of the Maxim's exterior with the Gatling Gun's mechanism. I say this because all known examples of Gatling guns shows multiple barrels in a circle that rotates and loads with the cranking of the shaft. For the whole story on the Gatling gun visit: http://www.popularmechanics.com/military/a22451/history-gatling-gun/.

Image of a known Maxim gun http://www.deactivated-guns.co.uk/images/uploads/1a1a44max/1a1a44max-034853_3.jpg. go rewatch episode 11 at about 11:38 then look at the maxim. the 2 guns are similar except the crank and the missing water cooling system

4
How closely does Rurouni Kenshin resemble real life?
5
Who is Saigo-san?

22
Who is Kenshin based on?
7
Why would Himura Kenshin turn back into Hitokiri Battousai?
4
How closely does Rurouni Kenshin resemble real life?
1
How do I watch canon Kenshin content?
1
Why didn't Kenshin use a bokutou?
14
What disease did Kenshin and Kaoru catch that killed them?
2
How old is Himura Kenshin?
2
What series are there after Rurouni Kenshin (1995)?
2
Is their a difference between Rurouni Kenshin & Samurai X?