Is the uniform worn by Tatsuya during the Nine Schools Competition banquet a mistake or formal wear?

I recently rewatched the series and noticed that in episode 10, Shiba Tatsuya was wearing a course 1 uniform in the ball. I'm thus confused whether this is a formal wear, or to prevent discrimination from occurring in the ball, or perhaps a mistake by the studio. 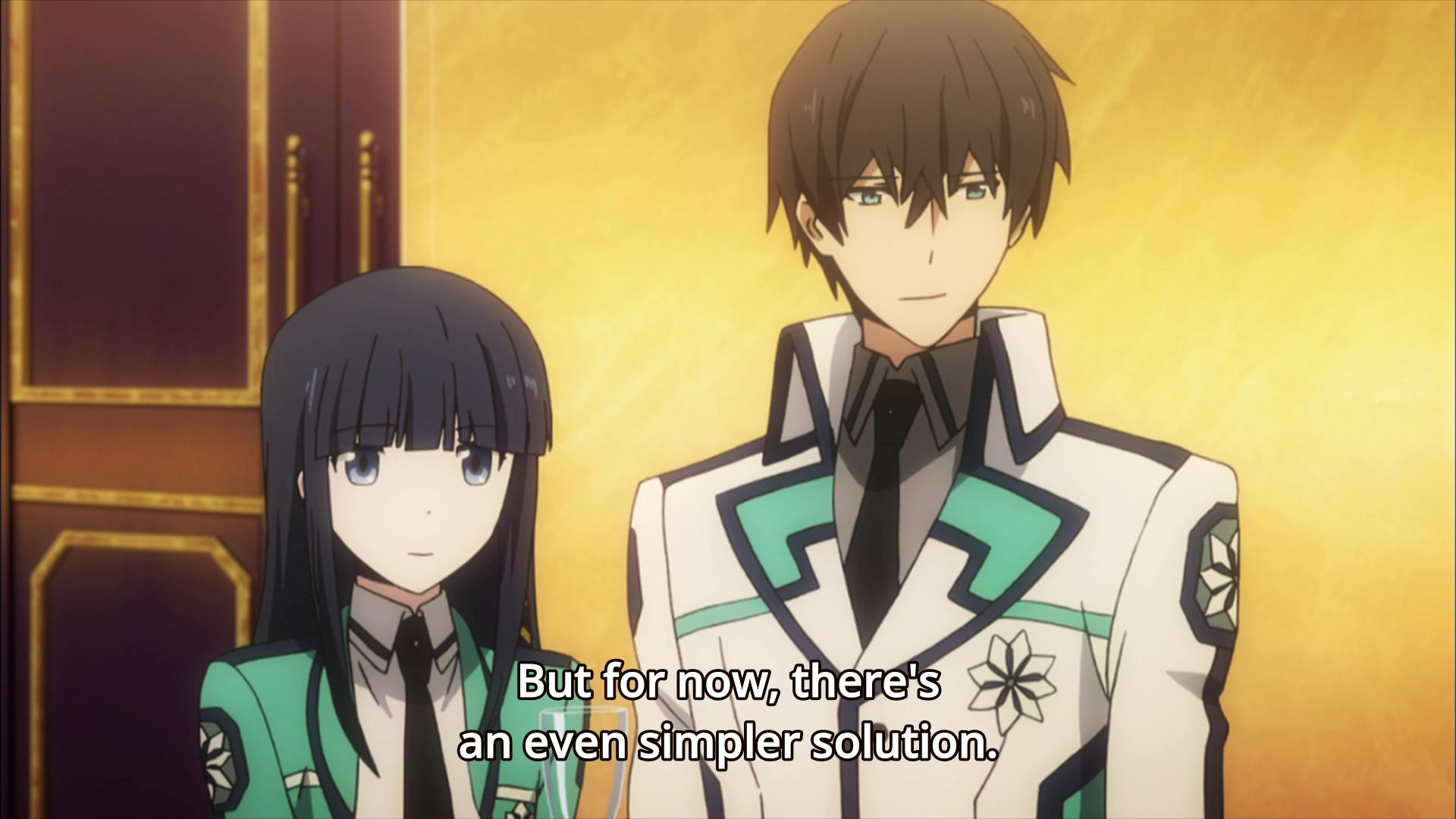 It is intentional and is emphasized in the light novel. As representatives of First High to the Nine Schools Competition, all participants wore school uniform with the school's emblem to the competition.

"This is the uniform for the technician team. Please put that on during the ceremony in place of the actual uniform."

The one who answered was Mayumi.

Tatsuya was largely aware of why his sister was in such a fantastic mood.

Her happiness was likely caused by the school emblem embroidered over the jacket's left breast.

The emblem was styled after a flower with eight petals.

The emblem of First High.

And not a replacement either, but the symbol of a Course 1 student.

The intramural competition uniforms were largely the same as the normal ones, which was natural since it was only intended to identify which school the contestants belonged to.

Not the answer you're looking for? Browse other questions tagged the-irregular-at-magic-high-school .