Is Avatar: the Last Airbender an anime? [closed]

Valid points are stated in this video.

So this question kind of leads to what is an anime? Does having a published manga a requirement to become an anime? Let's settle this once and for all, is Avatar: the Last Airbender an anime or not?

Anime basically translates to animation, so the Japanese don't really have a distinction. Claymation for example could qualify as 'anime' in the East. 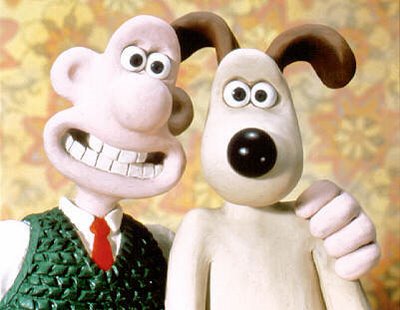 From a Western perspective, 'anime' is a looser term, generally meaning animations from Japan, but sometimes it's applied to Western shows with the anime 'look', like RWBY or Avatar.

There's no strict guideline on what qualifies as anime and what doesn't, and arguments arise frequently online by people with different opinions on this.

It's safest to say Avatar is anime-styled.

In regards to the 'manga' of Avatar, it seems to be commonly referred to as a comic rather than a manga. But the format of this should have no bearing on the animated production.

The other answers are being unnecessarily noncommittal. The meaning of the word anime has different connotations in the West and in Japan. No, Avatar is not an anime, speaking in English.

In the West - more specifically, in English - animation is a general term that means all animated media, yes including claymation and cartoons. In Japanese, anime is a borrowed word derived from animation, and it means the same thing as the original word.

After Japanese animated works crossed over to Western audiences, the word anime was then borrowed back to refer to animated works from that country, especially those with the style we would naturally describe as "anime".

Avatar is a show created in the west that was heavily influenced by asian culture and anime. It was designed and created in the West. It was not created in Japan, and it does not have the style that English-speakers would call "anime" -- it has influences, but would never be identified as anime if placed next to a show like Baccano! or Sailor Moon. The show's style is distinct from other western cartoons because of the Asian influence, but the incredible variety in animation style among Western cartoons is also a distinct flavor of American-designed animation. And animation includes everything already. Avatar doesn't match any criteria - I use that word loosely, since it's more a mass understanding than a checklist - to be called anime.

Saying that there's ambiguity in what is and is not anime is like saying that there is no style that an English-speaker would recognize specifically as "anime" at all, which is untrue. And I don't want to read any mentions of Avatar being animated in Korea, because no-one will ever call Family Guy and most other American cartoon TV shows "anime."

--Edit because I forgot to address the manga part--

Also no, the comics are not manga, speaking in English, for the same reasons as above. There are plenty of anime that don't have manga, so it's not any kind of requirement, to begin with.

Like anime, the word manga was borrowed by Western audiences to refer specifically to Japanese comics. In Japanese, the word manga is equivalent to the English comic. So someone speaking Japanese would call The Promise "manga" because that's the Japanese word for such works, like Calvin & Hobbes or X-Men. As with Family Guy, there are no English speakers who would describe X-Men with the Japanese word unless they were speaking Japanese.

The term comes from Japanese, and in that language, yes: Avatar is anime. As used in Japanese, the term simply refers to animation, and does not distinguish it by nation of origin. But as a loanword in other languages, however, Avatar usually doesn't qualify. Most languages other than Japanese have borrowed the term anime to refer specifically to animation of Japanese origin.

Anime-as-loanword is a somewhat fuzzy term, but generally refers specifically to the animation's origin, and not necessarily where it is produced. Much of what we would call anime is actually produced outside of Japan: it originates there, but the production is outsourced to studios in other countries. Kaleido Star is an example of this: its origin is Japanese, but much of the work was done as a collaboration between Japanese studio GONZO and Korean studio G&G Animation.

Avatar: The Last Airbender represents a third category: it is neither of Japanese origin nor production, but is so heavily influenced by anime tropes that it can be difficult to tell the difference without researching the show's credits. The creators are American. The animation work on the original series was outsourced to a number of Korean companies. A few episodes of its sequel series, The Legend of Korra actually were animated in Japan (by Studio Pierrot), but most of the animation work on this series was done by a Korean company: Studio Mir. But despite the franchise's origin and production, the influence of anime on it is extremely strong, as its own creators admit. Anime's influence can be seen in virtually every aspect of the franchise, from its visual styling to its world-building to its character depictions.

Whether this makes it count as anime, or at least as "close enough", is a subject of debate among some fans. In the strictest sense, it doesn't qualify unless you're speaking Japanese. But if it's indistinguishable from anime without closely examining the credits, then perhaps there isn't much sense in insisting on the distinction. So, at least, say the people who would include it. There are also fans who agree that it's "not technically anime," but consider it close enough that it should be included in anime fandom anyway ("honorary anime" is a term you hear from this camp sometimes).

Even in Japan there is some debate, in a case of what can only be described as linguistic ping-pong. It's common knowledge that the term anime was borrowed (in abbreviated form) from English, to mean animation. English then re-imported the term, referring specifically to anime of Japanese origin. And although it has yet to really hit the mainstream, some Japanese fans have taken to re-re-importing the term, this time in the unabbreviated form animation, to refer to animation of non-Japanese origin.

There really isn't much point in arguing about whether Avatar or whatever is an anime or not.

Really, all you're doing is looking at the definition of the word anime, and there is no authority on that.

Depending who you ask, it's a style of animation, probably including shows such as Avatar and RWBY but not the Simpsons, or it just means cartoons from Japan, in which case Avatar is definitely excluded.

Because of this ambiguity, there isn't a simple, accepted answer to your question.

Not the answer you're looking for? Browse other questions tagged terminology avatar .

15
Can an animated show created outside Japan be called Anime?

9
How does element dominance work in Avatar?
6
Who was the first avatar?
1
Where can I find the Avatar The Last Airbender: The Promise & The Search comics?
23
Is avatar Korra bisexual?
2
Why are there new airbenders in Avatar?
4
Can the Avatar still be reincarnated?
2
Why does the Avatar Cycle go Fire, Wind, Water and Earth?
4
What happend to Zuko's Mother (Avatar the last airbender)