What happened to the Namekian Dragon Balls when the planet exploded?

When Namek exploded, what happened to the Namekian Dragon Balls?

In chapter 327, the Namekians were sent to Earth by using Porunga's third and last wish. As mentioned by Grand Elder, it seemed that at that time the Dragon Balls had followed him to Earth.

Then in chapter 329, after being on Earth for a year, the Namekians wished to be sent to New Namek together with their Dragon Balls.

So basically the Dragon Balls moved about together with the Namekians from Namek to Earth to New Namek. 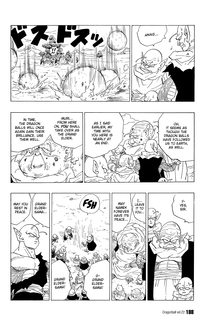 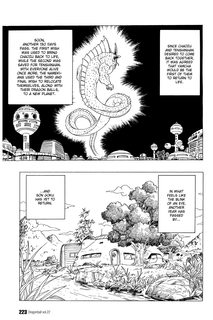