I apologize in advance for the lack of details. This is an anime movie which I've watched a long time ago on TV, and I've only seen the ending. I remember a scene in which there was a man and woman talking, and one of them betrayed the other and shot them.

The animation style resembles something from the Lensman era, so I'm thinking '80s or early '90s. I distinctively remember it due to the fact that it was one of the first animations, if not movies in general, that had important non-villain characters dying.

Anyway, the one detail I distinctively remember is that every time a person died, it was depicted as a white bird flying away, as if the person's soul was going to heaven.

At the end, there was a guy lying down, leaning on a rock, apparently dying, possibly regretting something he had done, or a choice he made. He was looking at the sky, and then you see a white bird flying away, implying he had died. The bird then joined a whole bunch of other white birds, implying something about his choice having caused a lot of people to die, or something to that extent. It was all very symbolic, but I was young, and started watching it near the end, so I could only just barely follow.

Anyway, while I realize it's a long-shot, I would like to know if anyone has a clue what movie it was, so maybe I can watch it again from the start, and actually get it this time.

There are some similarities with Windaria

The mountainous kingdom of Paro and the coastal city-state of Itha had been at peace for over a century. They would have remained that way but for the ambitions of Paro's power-hungry king. Paro invaded Itha, despite the love between Jill, Paro's prince, and Ahanas, Itha's princess. Caught between duty and emotion, the star-crossed lovers were forced to fight a war to its bitter conclusion. Isu was a simple farmer from the neutral village of Saki, but he saved Itha from being destroyed by a spy from Paro, and found himself hungering for wealth and glory that the Ithan monarchy could provide. Agents from Paro made him an offer to fulfill his wishes, and he left his wife Marin behind in what would turn into a battlefield between the two kingdoms. 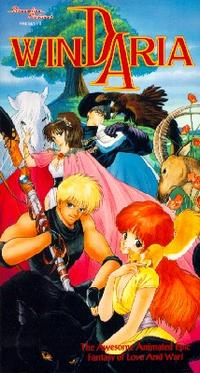 Not the answer you're looking for? Browse other questions tagged windaria or ask your own question.