What is the manga about a twin brother and sister called? [closed]

I remember reading a manga a few years ago about that features a boy who dresses as a girl and his twin sister.

The backstory of the two was that the boy did not go to school and dressed as a girl at home to impostor his twin sister to escape their father's abuse, as he does not usually abuse his sister or abuse him when she is around. One time however, the father ends up abusing the twin sister (he was drunk or something), kissing her hair, saying it reminds him of their mother. Later the twin sister goes to their actual mother (who is divorced with him) for help but the mother brushes her daughter off, telling her to solve her own problems. So when it happens again (or something like that), she shaves her head completely.

Since then, even after her hair grew out, the twin sister does not let anyone touch her hair - not even her brother - with the exception of her female best friend (that if I remember correctly she has some romantic feelings for?).

Another detail I recall is that the father was a photographer and obsessed over taking pictures of a bird he has, but at some point the bird dies but I don't remember why.

The story is set after all of these have taken place, and is told in the perspective of another boy who goes to the same school as the two of them.

I'm quite sure it is Hanayashiki no Juunintachi.

Sakura Aki is a penniless high schooler who likes to cook and does other "unmanly" things. His grandfather and father are disciplinary on gender roles and beat up Aki everytime he does a thing that women would usually do, like cleaning. When his father leaves him absolutely broke, and with his grandfather realizing Aki's "unmanly" flaws, he sends him to live at one of the dorms at an all girls' school that he runs, a school where distinguished young ladies of the country attend, the Hanayashiki - Flower Estate-, to teach him a lesson.

Sakura Aki is the name of the boy who went to the same school as the two girls - the twin sister (Ayame) and her best friend (Renge).

The background story about the twin brother (Kakitsubata) and sister (Ayame) is told in chapter 8 and 9 from the point of view of the twin sister. Actually, it's mostly about how Ayame developed androphobia and personality disorder due to unhappy family, and also how she and Renge became close friends. Your description in the question matches the content of these 2 chapters quite well, so I will just put up some images to show the similarities.

This page from chapter 8 shows Ayame in the past with shoulder-length hair, and a picture of the blue bird, which their father was obsessed with. Their father also kept a bird of the same species in a cage in his room. 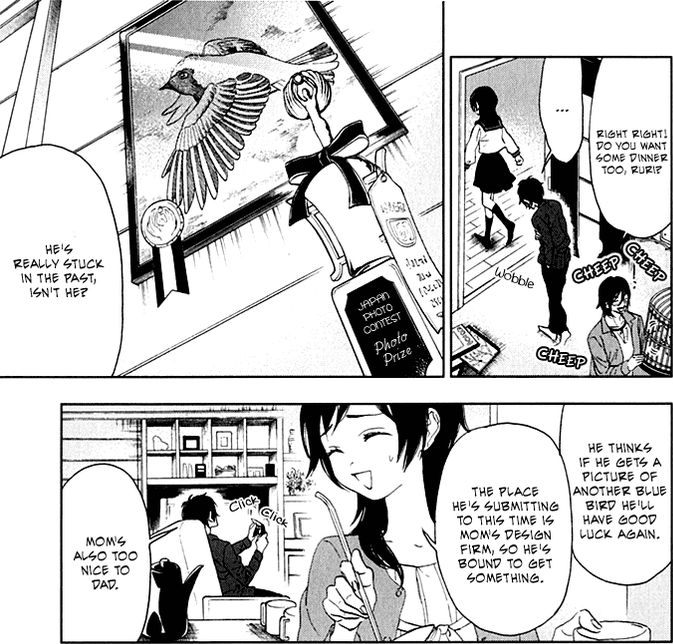 Another page from chapter 9 shows Ayame cutting her hair off to "solve the problem", since her hair was grabbed by her father during the previous incident where she was about to be punched. She later shaved her hair clean and wore a wig to class instead. 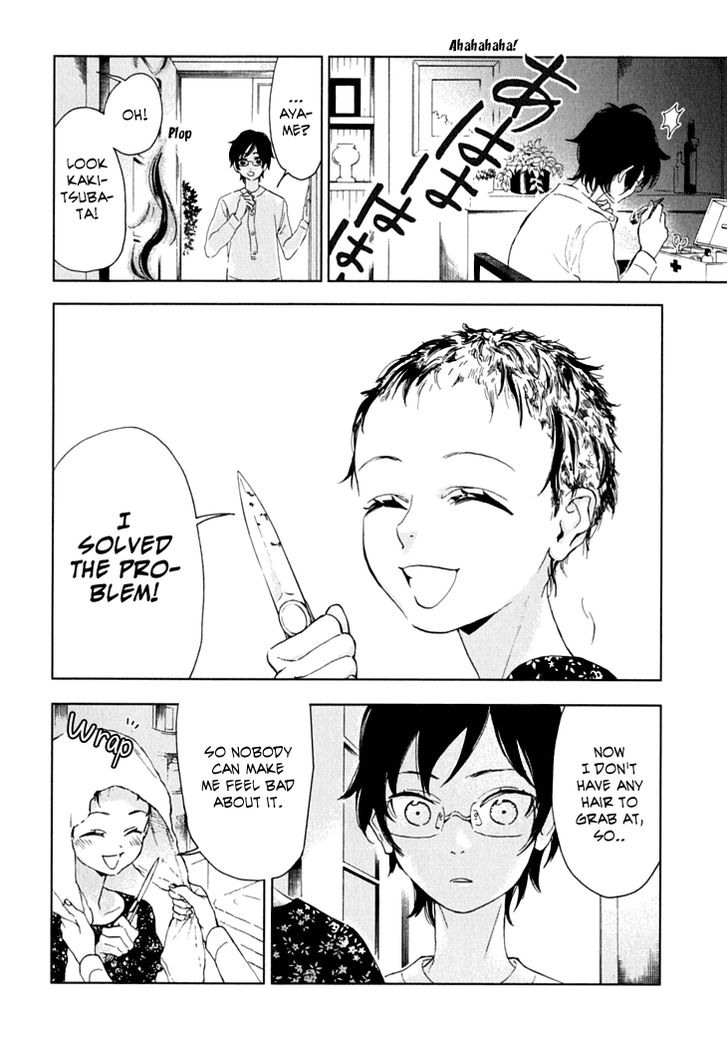 Not the answer you're looking for? Browse other questions tagged hanayashiki-no-juunintachi or ask your own question.