Do people still travel to and from Vers after Heaven's Fall?

The lunar hypergate that was destroyed 15 years ago during Heaven's Fall was said to strand the Vers Knights on the Earth Orbit.

It is improbable that there are no unmanned ships ferrying supplies to the Vers homeworld (Mars) and parting from the Vers foundries to the frontline (Earth orbit).

But given the scale of space technology, it is not unthinkable that some people (commoners) would not travel several months to get from Earth orbit to Vers (Mars).

That the nobles of Vers think themselves as stranded on the orbit because they would not submit themselves to this arduous trip, OK.

But do people still travel to and from Vers after Heaven's Fall? Is there some reference from the canon material?

We found out right at the beginning of episode 1 (around 0:22) that Asseylum herself left Vers just two months before the start of the show, at which point she is in Earth orbit (in Cruhteo's castle). Also, in episode 21, we see that Klancain (Cruhteo Jr.) has come from Vers to meet Slaine.

So transit from Earth-vicinity to Mars without the Hypergate surely must be possible, but this of course says nothing about how prevalent it is.

I suppose this also does tells us one more thing - the fastest mode of transit from Mars to Earth orbit must take somewhere under two months, which is considerably faster than all currently proposed ways of getting people to Mars.

If we want to look to marginally-less-canonical material: the second volume of the BDs came with a short manga titled "Aldnoah.Zero Extra Episode 01", which portrays Slaine's life right after the passing of his father, including his being taken in by Cruhteo.

Here, we learn that the Orbital Knights (or at least Cruhteo) and their retinue come to Vers every so often on business. 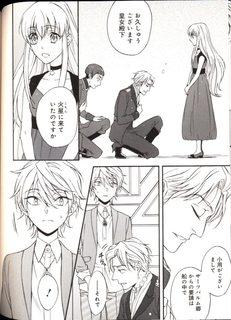 Top left panel: Asseylum asks Cruhteo, "You had come to Vers?"; bottom right panel: Cruhteo replies, "I had a minor matter to attend to."

Not the answer you're looking for? Browse other questions tagged aldnoah-zero or ask your own question.