Monkey: Journey to the West by Wu Cheng'en in the 16th century is regarded as one of the 4 great classical novels of China (at least according to Wikipedia). I have read that Son Goku (Dragon Ball) is directly inspired by Sun Wukong as Dragon Ball was originally supposed to mirror Journey to the West (and of course deviated from this). While I don't know if that is true, I know Oda lists the Dragon Ball series as a major inspiration.

Is Monkey D. Luffy the man aiming to become the King of the Pirates named after Sun Wukong: the Monkey King?

Update: I apparently overlooked that Sun Wukong (Chinese) is referred to as Son Goku (Japanese).

I don't think so. The novel is called Journey to the West, and Monkey is the name of a translation into English that became popular that shifted more of the focus onto the Monkey King, Sun Wukong.

It is possible, but Goku was literally given the Japanese name of the Monkey King and had the ability to change into a Giant Ape and the magical staff of the Monkey King, whereas for Luffy it is just his family name, that he shares with Garp and Dragon.

I don't think he is named after this story, there are many stories in the Far East about a handful of animals such as monkeys, dragons and tigers, often the monkeys in the stories will have similar traits, like being playful and strong.

Many characters in One Piece have animal themes, notably the original Shichibukai and Admirals, and they all act/appear in a way that suits their animal to some extent, Mihawk hunting Krieg in his first appearance, Doflamingo being flamboyant.

I think Luffy was just given the name Monkey to highlight his monkeyish characteristics.

There is one Monkey King in One Piece, not Luffy. He is the leader of Coffee Monkeys and he appears in episode 395. 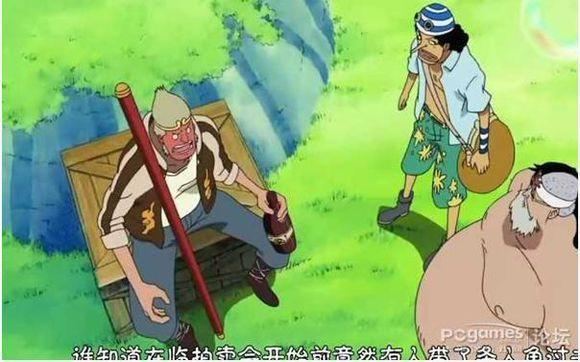 I believe so. Luffy's primary attack involves manipulating the size of his arms, similar to the staff of Sun Wukong. They're both useless in water. Also, the Pirate King thing is very much like Sun Wukong's "Equal to the heavens" schtick.

12
Why are characters named Momonga named after flying squirrels?
5
Two-armed Shanks after he saves Luffy
3
What is the tattoo on Monkey D Dragon's face?
5
Is One Piece named after Gol D. Roger discovered it?
9
What are the similarities between Gol D. Roger and Monkey D. Luffy? Are they related by blood? What are their relatives' ages?
7
Has Luffy ever killed anyone?
3
Which characters are named after birds?
4
What holiday is “Miss All Sunday” named after?
5
How did Luffy beat Katakuri?