Why do the racoons in pompoko have such large genitalia?

I was surprised when I saw, watching PomPoko with my family, that the characters had really, REALLY large ahem ... well see for yourself: 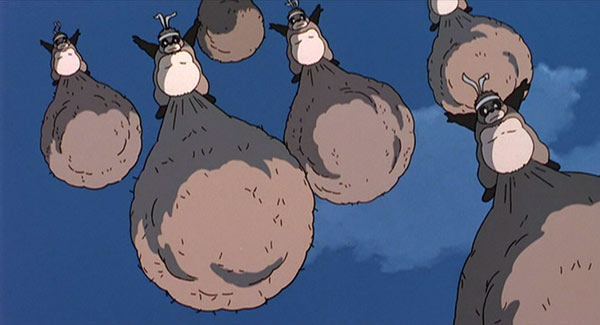 I mean, that can't be natural can it? I'm pretty sure last time I saw a racoon it didn't have that part so huge.

Is it perhaps some other body part? You can see their tails in the below picture as they use the flesh for parachutes, so I'm sure it's not that. It does seem to be coming from their nether regions though.

What is up with these racoons? 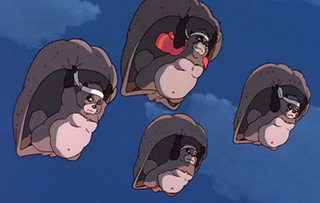 The racoons in this film aren't the usual ones the West would know of. They are in fact Tanuki and are better know as Racoon Dogs in English. 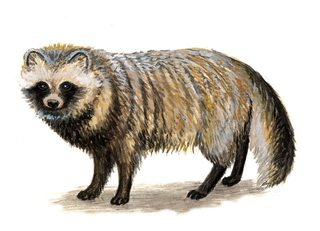 Still, you can see from the picture above that they aren't as heavily endowed as the ones in the Ghibli film. This is because the film takes the concept from Japanese folklore.

In Japanese folklore, the Tanuki are shape-shifters, much like the kitsune fox. They're generally tricksters, but they have positive connotations in Japan despite their fearsome nature in older times. The humongous scrotum only came about in the Edo period in Ukiyo-e drawings - the precursor to several other drawn art forms, and eventually, to manga. 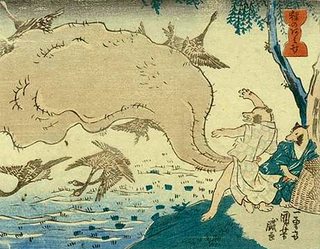 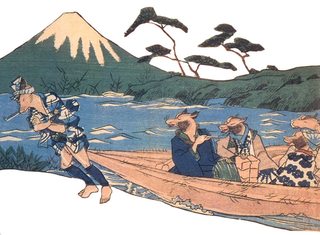 Some drawings of tanuki flyfishing and pulling a ballsack-boat to shore.

I recommend reading Tofugu's article on tanuki if you want to learn more about these creatures.

Not the answer you're looking for? Browse other questions tagged pom-poko or ask your own question.