A children's anime with a professor and a polar bear [closed]

I'm looking for a comedy anime for children with a professor/inventor who has an polar bear as friend. The polar bear can walk on two legs and can perfectly speak and talk with humans, and he is also very crazy and stupid (similar to Spongebob or Goofy). The anime and the episodes have a crazy made-for-children plot [1], similar to Dr. Slump or Chiisana Obake Acchi, Kocchi, Socchi. The drawing style is also similar to those animes.

[1] The "regular" plot among the episodes is: the professor always invents strange/crazy and funny inventions, and his crazy and stupid polar bear friend always destroys them (similar to "Dexter's Laboratory", where Dexter always comes up with some invention just to be destroyed by his stupid sister). Then the professor gets angry as always.

Other characters in this anime are a nice young blond woman, an nasty old brown-haired woman with glasses.

Another detail which maybe helpful is that I watched this anime in the late '90s in Germany.

Sounds a lot like Cubitus (a.k.a. Wowser). It features an inventor who has a huge white dog (some people mistake him for a polar bear). 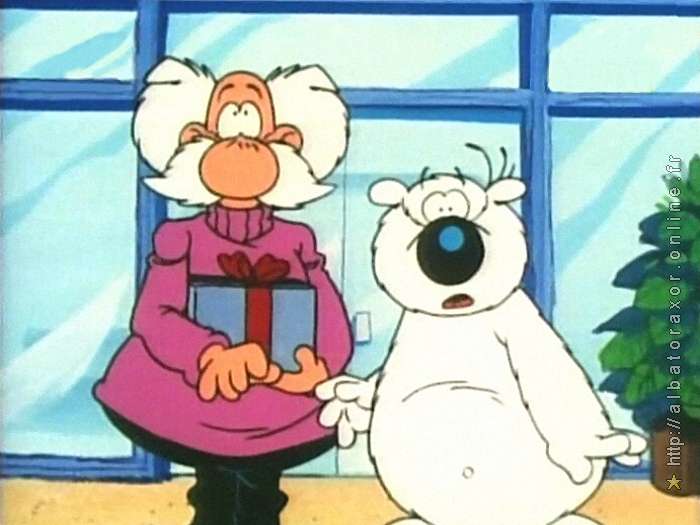 Not the answer you're looking for? Browse other questions tagged wowser or ask your own question.