What is this manga about a boy with special eyes recruited by 3 girls to hunt murderers? [closed]

Waking up in the hospital after an accident, the boy finds that his eyes become able to see certain people's shadows. Later, it is revealed that those people are murderers, and he gets scouted and recruited by a team of 3 girls to hunt those murderers.

Some examples of murderers:

The manga doesn't have an anime, I believe, since it is quite recent. I am quite certain that it was released after 2013. Not a lot of chapters are out. The premise does sound quite a lot like Shinrei Tantei Yakumo or Tsukihime.

Here is the picture of the main character on the color page of chapter 1. 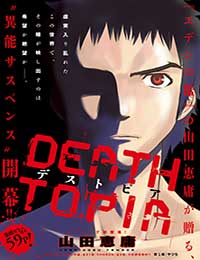 This is a scene near the end of chapter 1 of the guy who eventually murder everyone in his family and eats ramen while sitting on the couch, as revealed in chapter 2 and 3. At this point in time, the main character had yet to see the true shape of the shadow, and he only managed to made out the scythe-shaped shadow in chapter 2. 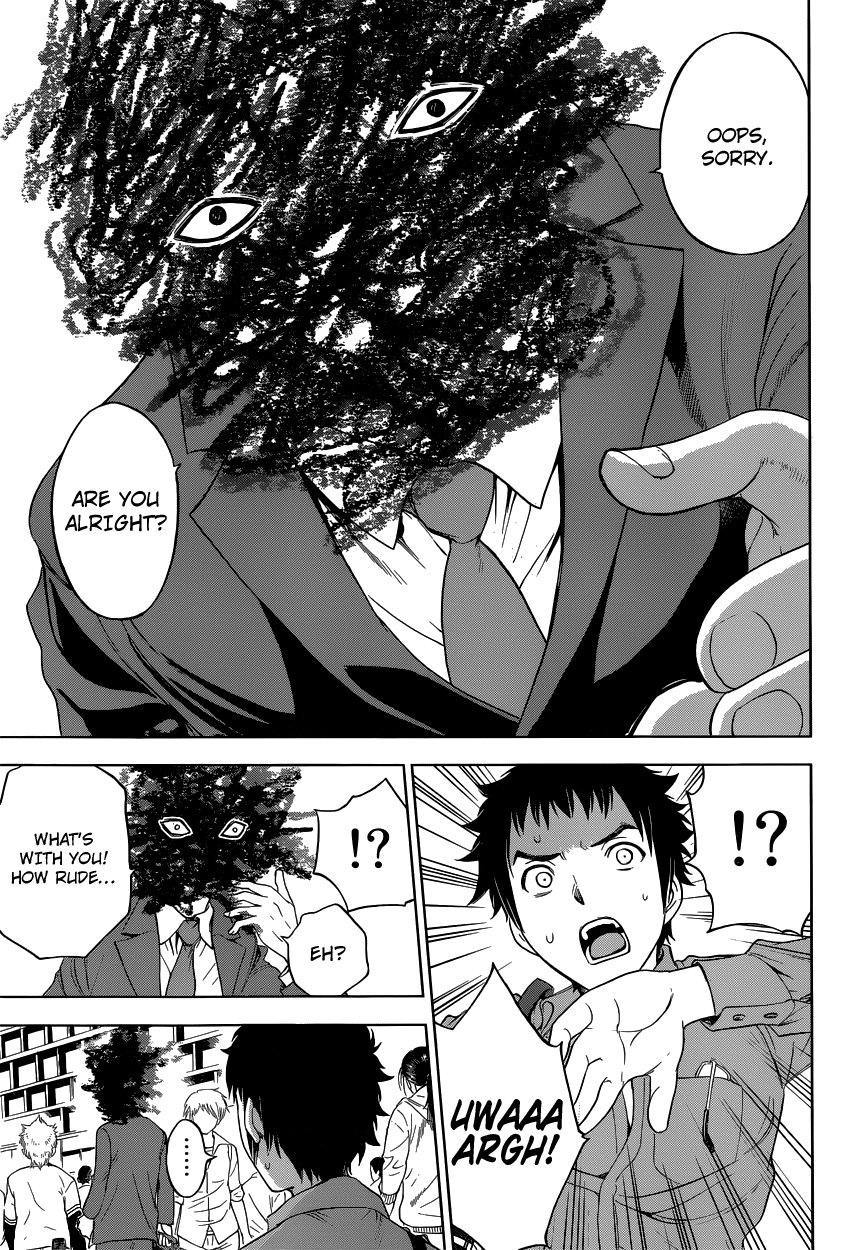 The three girls who scouted him at the end of chapter 1: 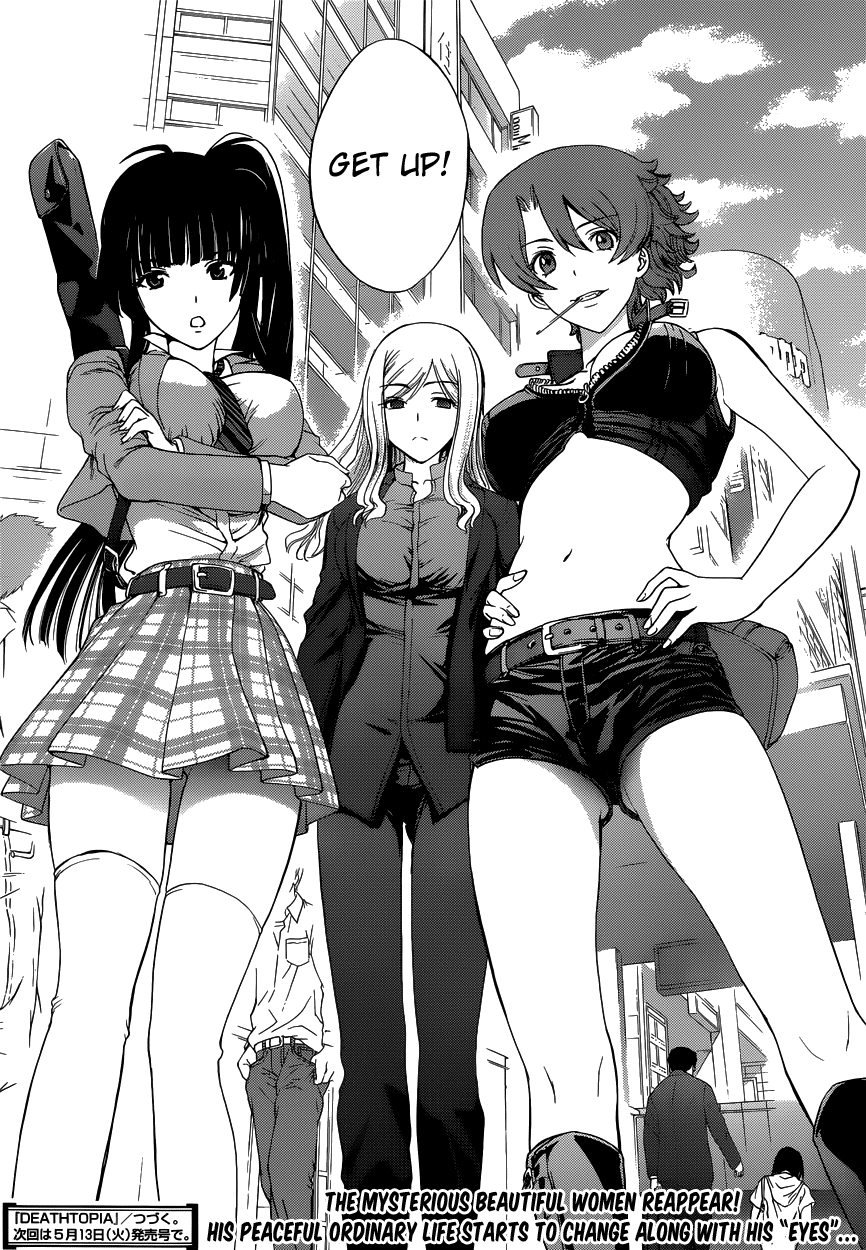 Not the answer you're looking for? Browse other questions tagged deathtopia or ask your own question.