What is the relationship between the male and female character?

In the western side of the web, probably not. The only official description is

“You are attacked and ravished by many girls”

That really does not answer the question. But looking up for explanations of the symbolism, I came upon two analysis of the video: the first one by NewVagabond.tumblr, the other one on the Ask John column of animenation.net. They are lengthy and detailed, full of screenshots and worth reading. Go read them, I'll wait.

At the end, the writer behind "Ask John" says:

He did his homework, it seems. But one other thing on his closing thoughts caught my eye:

(...) Hideaki Anno’s influence and involvement in the production (...)

Anno-sensei is well-known for his "Death of the Author" philosophy, where what the author meant with his work is replaced with what the viewer felt when consuming said work. From Anno-sensei's roundtable discussion at Anime Expo '96 convention:

"Animation makes sense to people in the process of their seeing it. (...) There has to be a relationship that comes into being between the person watching and what the character's saying in the animation itself."

I am inclined to assume that the production staff of Me!Me!Me! follows the same ethos. But all this about Anno's philosophical influence is totally an assumption on my part.

Since even the know your meme page (and the linked articles therein) also do not point to an official explanation (but do comment on the confusion the viewership feels when watching the video), I end my report with:

Is there anything official describing the relationship between the two characters?

No, to the best of my Google-jutsu, there is not.

The lyrics and parts of the video indicate that the guy and girl were in a relationship, but have since separated.

Specifically the first 9 translated lines of the song indicate a happy relationship and the 2:55 mark of the video where the breakup is presumably shown.

You were that way too
You were the same
There were only two feelings
And going ahead, and going ahead
You felt like you were living too
- translated by newvegabond 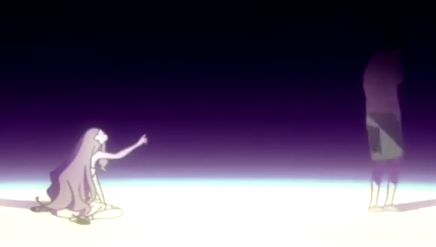 As for the circumstances between the two, a quick analysis (speculation by me) of the video and the lyrics indicate that he forced his ideals on the girl in the beginning of the relationship. This is indicated by the next 20 lines of the song and the first half of the video where every thing is happy.

After that things go down hill.

I'm assuming he realizes that she isn't the girl he made her out to be, and so he unilaterally ends the relationship. At this point, the song seems to tell of how the girl still loves the guy, but hates the girl she had pretended to be.

The last part of the song - 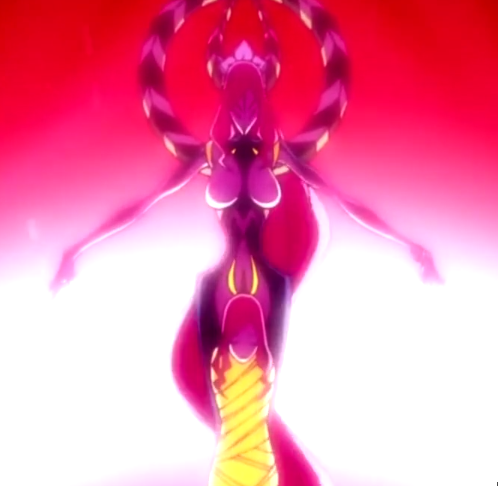 The song indicates she still loves him, but if the love isn't there anymore, she has to be gone. The image below shows her being swallowed up, and that's the last we see of her.

With that said, a quick wrap up of the short - the guy is bed ridden due to guilt. He dreams of his ex-girlfriend. He is haunted by his guilt, in the form of the masked succubus. The succubus shows him the break up scene and continuously attacks him. He tries to fight back but its all in vain. She's already dead.

I think it would be tougher to prove that there wasn't some sort of relationship between the two.

In Me! Me! Me!, there's a lot of hints and inferences that these two were romantically involved. Around 3:30 in the video, you're shown flashbacks of various events that the two participated with each other - a lunch date, a trip to the aquarium, the beach, among others.

There's nothing official about their relationship, but the implications are very much there.

A year or so later, with Girl, we're shown a scene with the same couple. 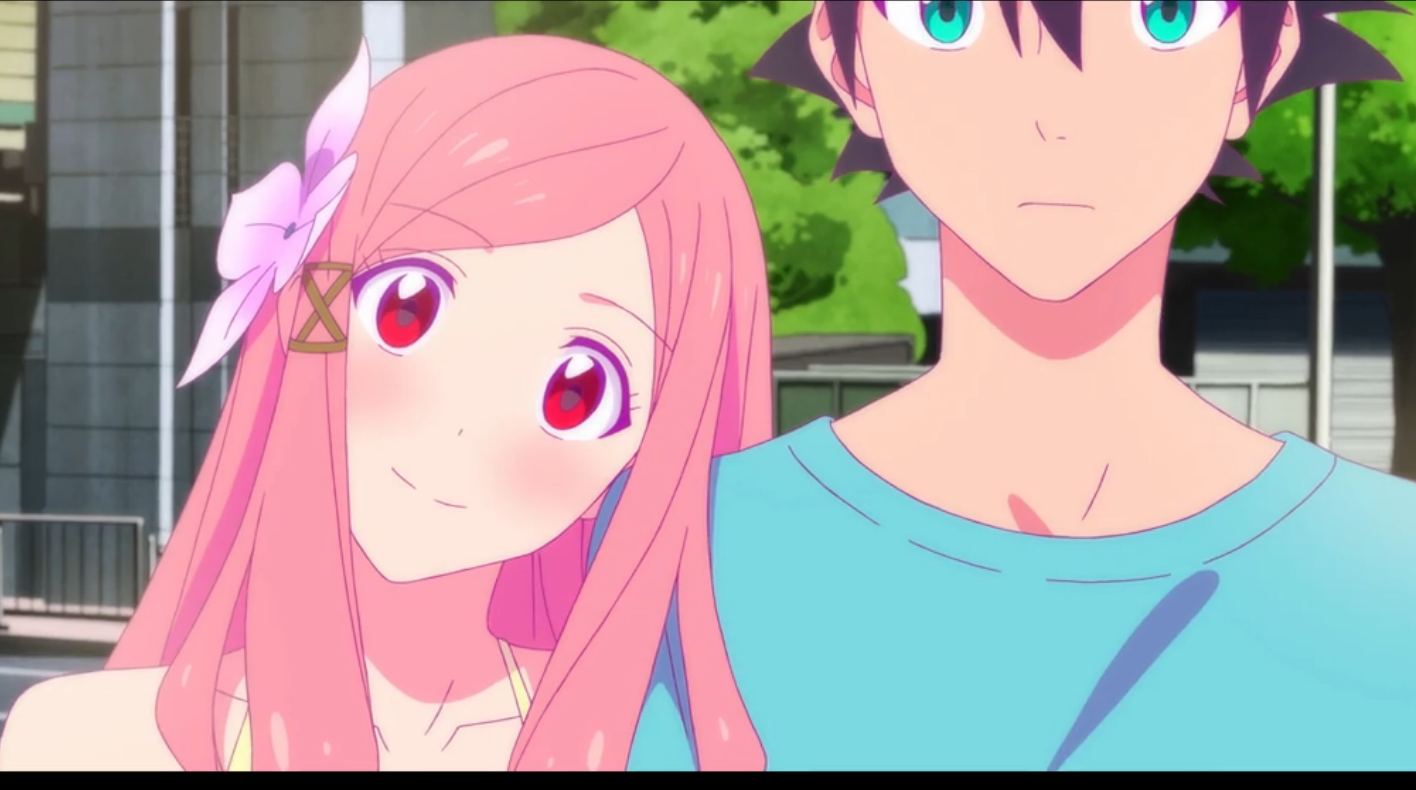 I'm...really not sure what significant role they play in Girl, but that's where things really go off the deep end there...

There's nothing official about their relationship, but it's tough to deny their implicit relationship. Even if the creators don't outright say anything about it, their interactions leave little room for doubt.

I like to think that the blue haired girl from the "GIRL" video is actually the redheaded one from the first, showing her life and point of view before this "prince" came, once she sees herself and what she has become she freaks out and in the first ME!Me!Me! video we see her and what she became and the blue hair girl is actually her, in the transition.

Just a lame, no founded speculation but I like it.

Not the answer you're looking for? Browse other questions tagged me-me-me or ask your own question.