The first time we see a bullet hit Kirito's light-saber the bullet melts. Next episode we see this happen again although this time the sword cuts the bullet in 2 half's. How is this possible? 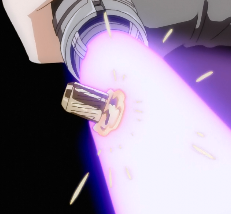 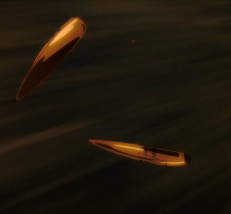 Lordmau5's theory is quite interesting, but it doesn't quite match the visual appearance of the sword as described in the light novel.

I stared at it for a while, and found that the sword itself didn’t have any direction as the entire circular section was just like a long and thin cylinder.

* From Sword Art Online Volume 5 - Chapter 6, after Kirito bought the sword and activated it for a test run.

The corresponding scene in the light novel (also in Volume 5 - Chapter 6) doesn't say anything about the bullets melting:

The enemy’s rifle’s muzzle suddenly let out an orange spark.

During this time, the blade of the light saber blocked the lines of the first and second bullets with pinpoint accuracy.

*BA-BAM!!* The surface of the light saber let out two bright orange sparks. The moment I noticed this, my right arm immediately pointed the photon sword onto the third and fourth bullet lines at a lightning quick speed. Then, the sound of the bullets being deflected off the intense energy could be heard again.

5...and that’s the 6th one! After deflecting all the bullets that could have hit me successfully, I kicked the ground hard with all I’ve got to cover the remaining distance between us.

The next scene (where his opponent ran out of ammo and had to change magazine) starts right after the text cited above. Therefore, the scene in episode 5 of SAO II is most likely something added in the anime to explain how the bullets are neutralized and to impress viewers, since the viewer can't see how Kirito neutralize the bullets if the scene is animated at real world speed.

The bullet being cut in half in episode 6 is actually described in Volume 5 - Chapter 7, though:

From the Hecate’s large muzzle break came orange flames. On the other side, the blue white lightning cut through the dusk darkness.

Shining like shooting stars, two small lights split to the left and right, flying far away.

It was cut apart.

At the moment the bullet fell to the ground, Kirito’s lightsaber slashed upwards, and cut the 50-caliber bullet that was supposed to be a fatal hit. The two shooting stars that Sinon saw, were fragments of the bullet that were cut by the high concentration energy blade, and flew pass either side of Kirito behind him.

Note that it doesn't say anything about the bullet being cleanly split in half as shown in the anime.

I couldn't find any explanation on how the sword works in the light novel, though, and with so little information, we can only guess why the light saber would deflect bullet in one scene, and cut the bullet in half in another.

It could be possible that the light-saber isn't a full cylinder, but more sword-like.

It's kinda hard to explain, but I'll try anyway: 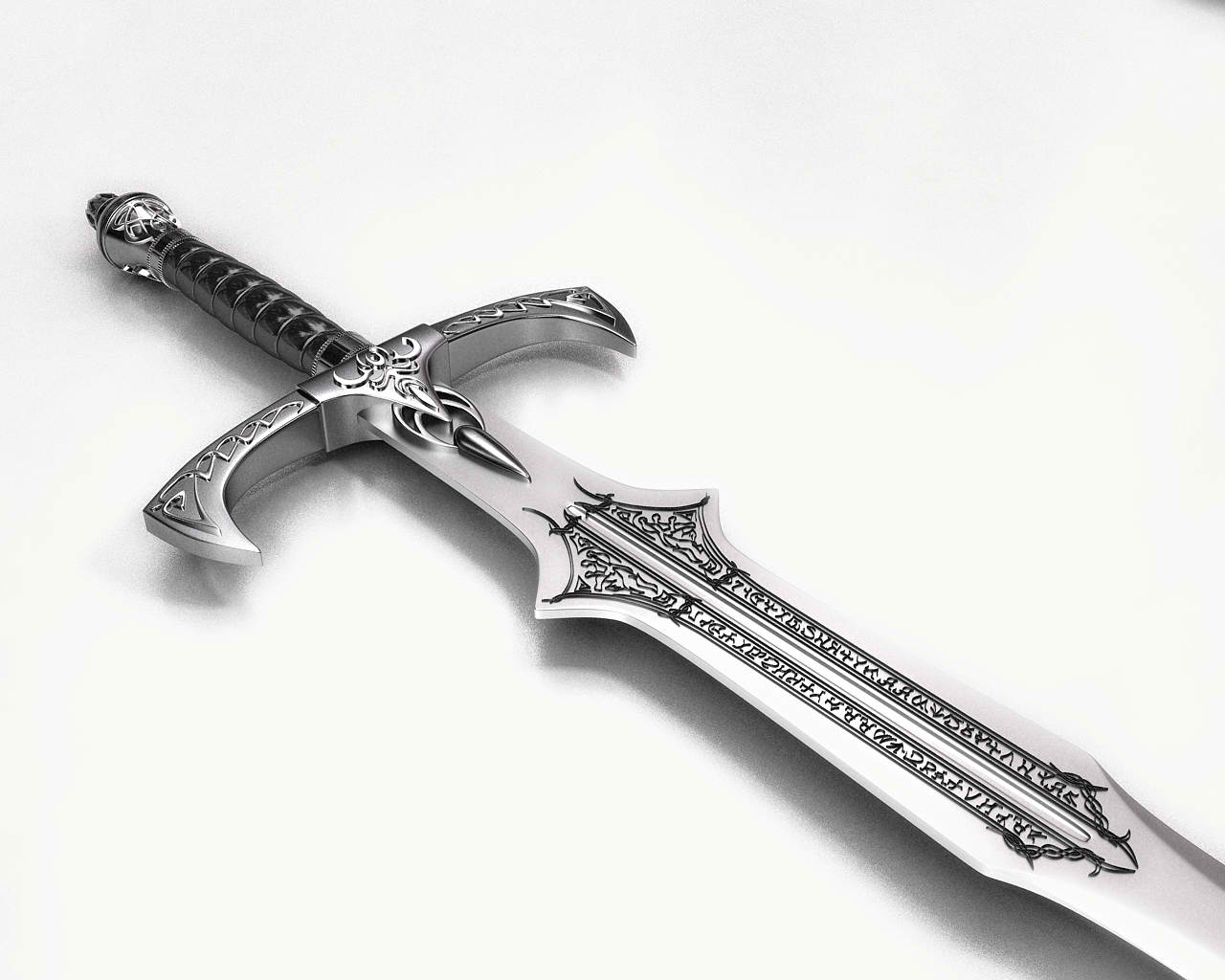 If you take a look at this sword I found on Google images (I literally just googled for "sword"), you can see that the front of it is wider. The edges of the sword are thin and sharp, so it can properly cut.

One could argue the shape of the bullet/it’s velocity could have an effect on how the bullet would react when coming in contact with the photon blade. From my understanding, 9mm slugs have a rounded head, and fire much slower from a hand gun/smg than a .50 caliber round from a sniper rifle. The 9 mm bullet is designed to mushroom on impact for fragmentation. The .50 caliber bullet as far as I know is meant to punch a whole clean through without the fragmentation. So if you think about the way the bullet reacts to hitting its target, it makes sense that the 9mm bullet would be batted off, and the .50 cal would be sliced in two because it would be pushing/cutting past the “blade” and the 9 mm would develop wider surface area as it mushroomed on impact. The heat from the photonsaber probably kept it from breaking into a ton of tiny metallic shrapnel bullets on impact as well.

Theory: the saber is actually a sword but it is re-textured. It looks like a cylinder because it generates a light through the whole sword. 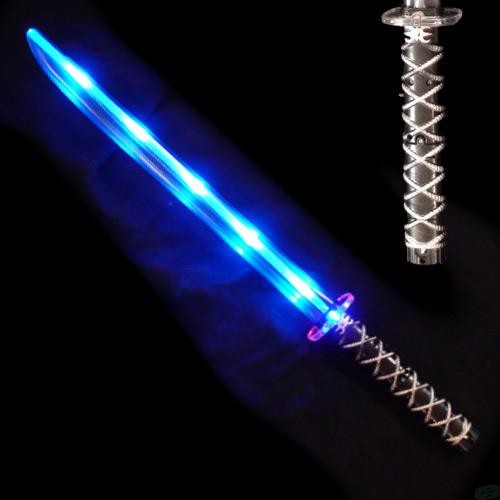 10
What was changed into an immortal object?
9
How did Kirito's Illusion actually kill?
3
How can a player in ALO make an original Sword Skill?
4
Where does Kirito get his new gear?
3
What SAO spin-off had a female character that resembled Kirito?
9
What is causing Kirito's eyes to change colour?
3
How much of the light novels does the anime Sword Art Online covers (so far)?
3
How did Kirito regrow his hand in episode 10?
1
Does people playing Sword Art Online feel something or not?