In the Berserk anime, what was Guts's interpretation of Casca's "woman issue" in episode 11?

Back in Episode 11 of the Berserk anime, Casca and Guts fell from a high cliff into a river. Later, Guts found Casca suffering from high fever, so he decided to warm her body. While undressing her, he saw something (as I saw) like blood flowing down (I couldn't understand from where), then he said:

Now I understand. Must be hard, being a woman

What did Guts mean when he said that?

I don't think she was having periods, but then what else could it be specific only to a woman.

If you read the manga and watch the second film it's much clearer that she has her period and that it's menstrual blood.

The anime couldn't show sexual organs which is why it's so vague. I didn't understand when I first watched the anime either.

This panel hints that she was having menstrual cramps before the battle started. She is complaining about them happening while clutching her abdomen.

The entire chapter (and the next several chapters) are full of references about her health and discussion about a woman's place on the battlefield. She was clearly menstruating. 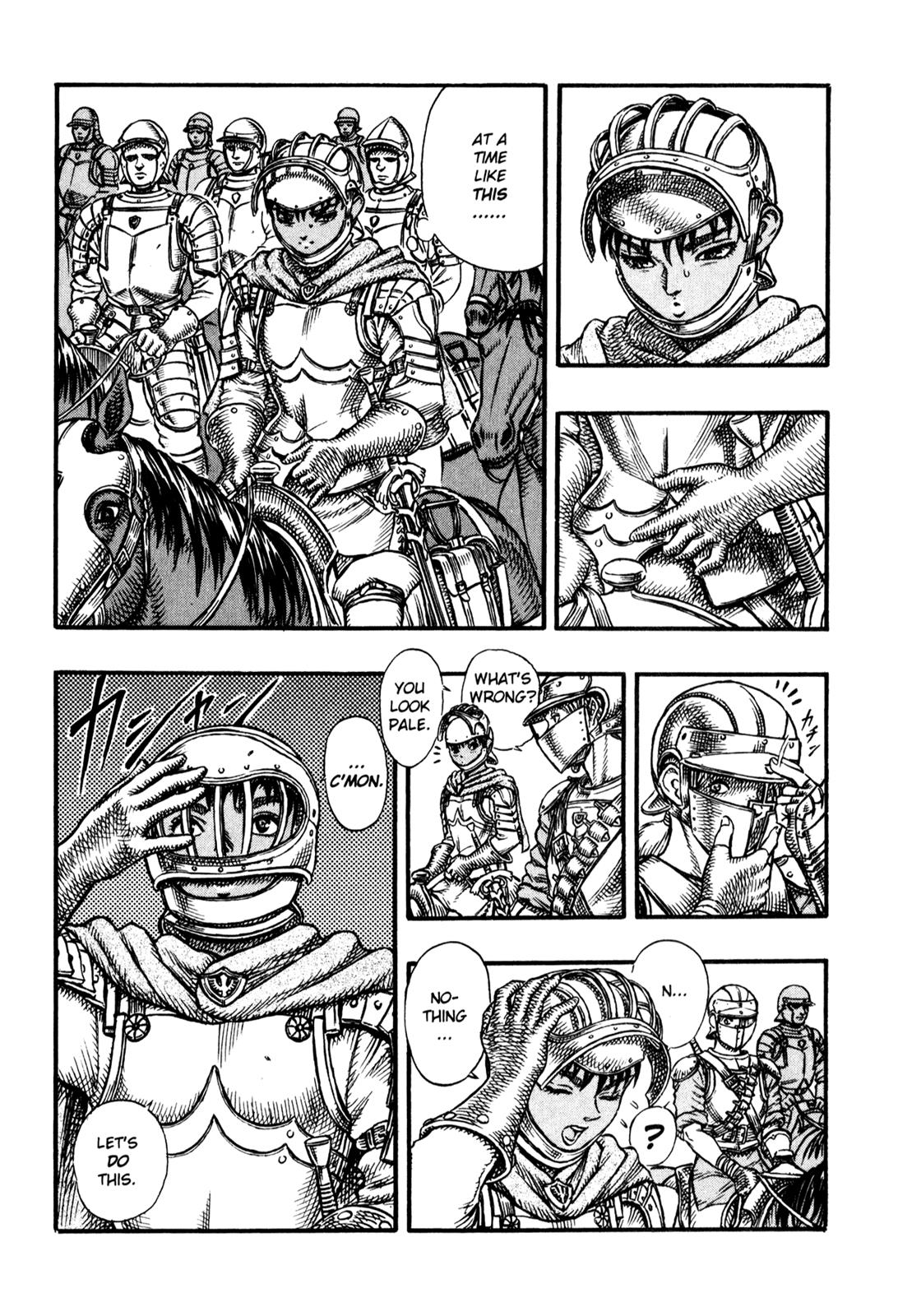 Not the answer you're looking for? Browse other questions tagged berserk .

8
Where in the manga does the Berserk (1997) anime end?
7
How much of the Berserk storyline do the anime and OVA cover?
5
In the Berserk manga, what was the interpretation when Guts was lying on his back looking at the starry heaven?
1
What is the hazama in berserk?
3
What are the deeper meanings in Berserk?
10
What happened at the end of the anime Berserk?
5
What is the chronological order of watching Berserk?
0
What section of the 2016 Berserk anime is covered by the 3rd movie, The Advent?
4
What chapter of Berserk's manga did the anime Berserk (2017) episode 12 end?
4
Do the last two seasons of Berserk contain nudity?