I do not remember if this character is from a manga or anime. However, I think he was a side-character who told his story to the main character, or at least a character of some importance.

His story goes somewhat like this: He is fascinated by fighting and trains in the sword techniques. One night, he witnesses a man killing someone with sword. Upon closer inspection, it is revealed that the facial expression of the slain man has a calm feeling to it. The character deduces that the killing must have been so swift that the slain man had no time to notice it.

Years after the man has been practicing his sword techniques, he encounters the man whom he has admired since that night. The character succeeds in decapitating the killer almost effortlessly. However, he then realizes that he has been mistaking about the facial expression that night, and that there was no such sword technique.

He then returns to his hometown to learn that the girl who mas madly in love with him has died while waiting for his return. The man regrets his life.

I'm thinking of something along lines of Samurai Champaloo or Rurouni Kenshin. However, there was no mentions on the characters lists for those descriptions. It could be an entirely different show. It could also be from Blood and Steel, Vagabond or other samurai/sword-themed show.

What you saw was an episode of Rurouni Kenshin

Specifically, 63: "The Legend of the Fireflies" 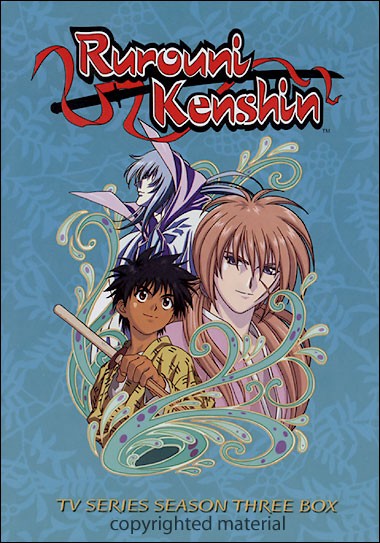 The episode is a perfect match to your description.

In that episode, Kenshin, the protagonist, encountered an old man who told him the exact story that you laid out in your post.

The man was already a hobbyist in swordsmanship, and participated in competitions with a wooden sword.

He saw a robber who killed some people with a technique as "fast as lightning, never eve realizing that it was over for them"

He killed a person, and left his love interest behind because she disapproved of the killing.

He killed more people, and eventually cut down the robber with ease.

When the robber died, the man saw the exact same expression on the robber's face, and he realized that he had surpassed him long ago and that the technique was just imagined, and not even real.

When he got back to his home town, he learned that his love interest was dead.