What does this (possibly Japanese) graffiti say?

In the Elfen Lied special episode 10.5, there was a scene where Nana is standing next to a wall where bearing this graffiti: 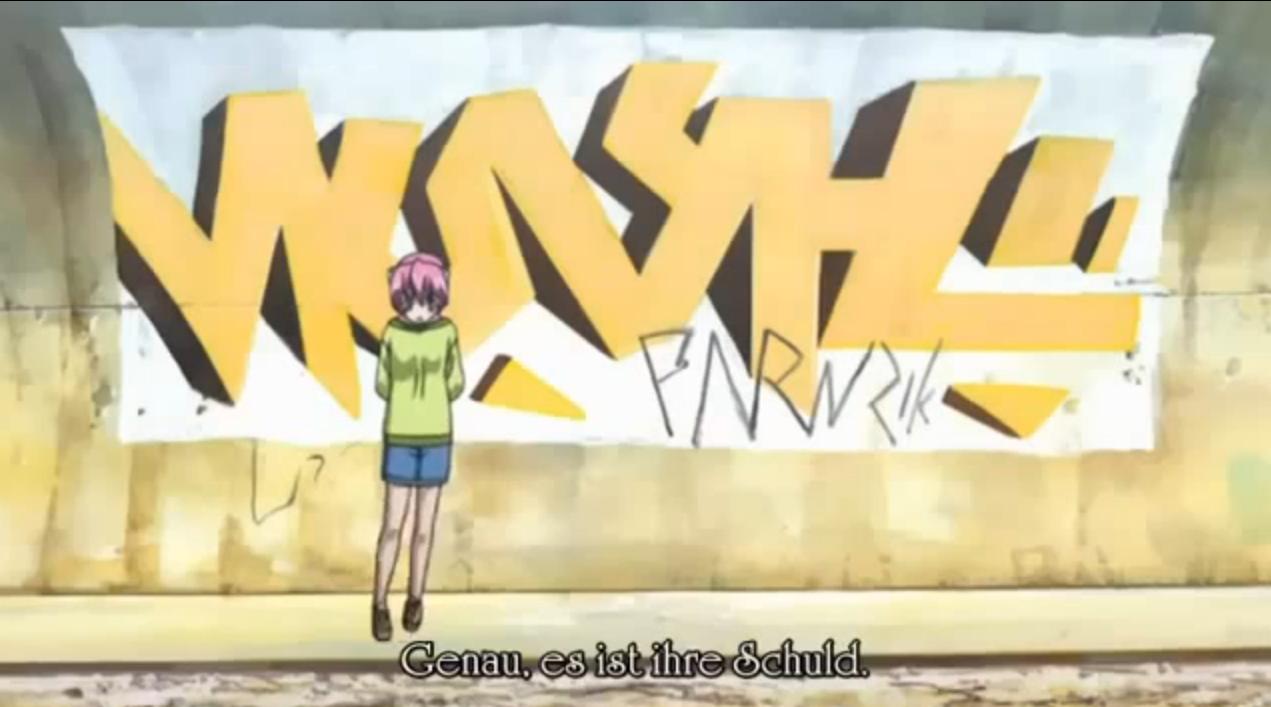 I don't know if is important or not, but the writing is so noticeable that I would like to know: what's written there?

Actually, the graffiti has been there at the beach all along since episode 1. As people have pointed out, the yellow part could be a stylized "wash".

If you rotate the image 180 degrees, it now reads like "Asian" (and the signature-like part "RMdVd").

Now, no racism or anything, just making an observation. There is a term in Urban Dictionary (I know, it's written by random people) that is exactly this: Asian Wash(ed), which means

Some one of non-asian decent who is highly confused and believes they were born into the wrong race and are truly asian. They obssess over the people, food, and language.

I won't even try to claim that it defines those (Asian) humans/Diclonii who wants to live as (Asian) Diclonii/humans. It might just be what is written in the graffiti, which could be anything, right?

Likewise, I won't try to claim that the symbol on Kouta's shirt defines who he is. But it is the baka symbol, right? 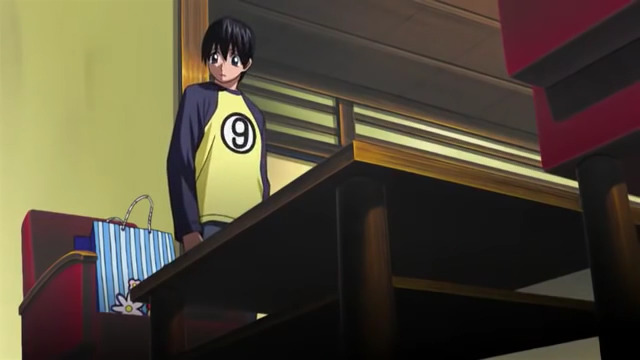 This does not look like Japanese (kanji, hiragana, or katakana). The closest you could get to Japanese would be by flipping the final ‘letter’ on the top line horizontally to get 「ツ」(tsu) or a「レ」 (re) plus a 「"」(tenten) and reading the final 2 ‘letters’ on the bottom line as「水」(mizu), but 1) since the rest of the lettering does not match anything in Japanese, that would be illogical to do, 2) the chance of mixing katakana with kanji is low, and 3) “re” is never paired with a “tenten.”

If we take it to be the alphabet, you can come up with a backwards “N”+“USH,” OR possibly “WASH,” OR you could interpret the final letter as an “L.” However, none of those explain the two vertical dashes on the right side. The bottom line could be either “PARNZIK” OR “PNRNZIK.”

The artist would not expect the Japanese audience to be able to decipher the lettering of the graffiti in this scene. Students in Japanese schools learn to read and write English letters in a certain, standardized, clean form, and get tripped up if they see the letters in an unconventional form. In general, they do not develop individual handwriting for writing in English. Thus, this graffiti was not meant to convey any particular message to the viewer and is not necessary for understanding the plot.

As an aside, in real life, many examples of graffiti are not written in letters/spellings that allow outsiders to read them. It may be that this is what the artist was going for, either 1) for realism or 2) for the ability to avoid coming up with an actual message for background art.

Not the answer you're looking for? Browse other questions tagged elfen-lied or ask your own question.

35
How does the plot of Elfen Lied anime differ from the manga?
13
What does Elfen Lied mean?
3
Is there any significance to character names in Elfen Lied?
3
Does Nyu have Vectors?
3
Who was this girl by Lucy in special episode 10.5?
0
What is the meaning of these lines in the opening of Elfen Lied?