In Deadman Wonderland, is the Red Man is supposed to be Ganta's childhood hero, Ace Man?

I watched Deadman Wonderland about two months ago, when I started I watched the first episode on Adult Swim. I saw the Red Man kill Ganta's classmates and other episode Shiro was passed out in dark basement with this older gentle man.

As soon Shiro wake up it wasn’t her, she was a different person and she grabs this outfit that look like the Red Man’s clothes. Later on of the season it was Ganta’s flashback he had a figure look like Red Man also.

Who is the red man? Aceman ? Shiro? 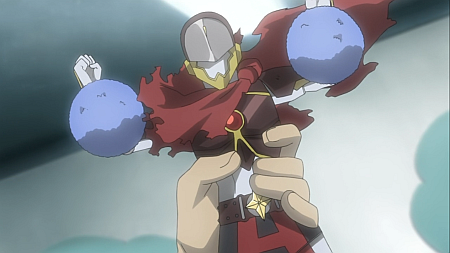 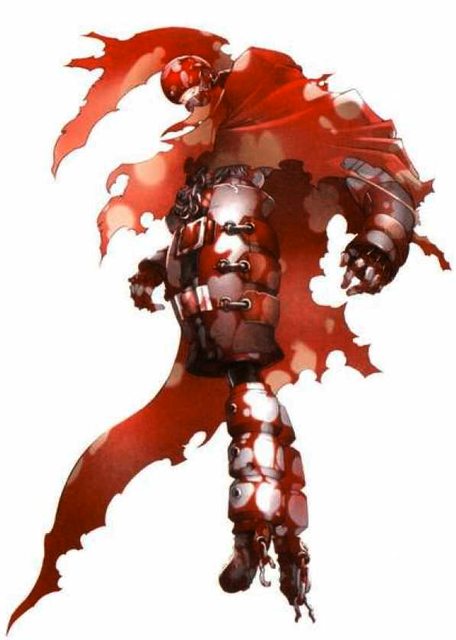 On the contrary to what Zeor mentioned, I believe that the Ace Man action figure did have some influence on the Wretched Egg and Shiro.

At 1 minute into Episode 8 of the anime, we see that Shiro dropped down from the ceiling and attacked Azuma Genkaku, and then went on to point out her special move, which is identified to be Ace Man's special move: Ultra Chaos Endorphin Screw, Hadouken-Style Alpha-Wave Version Kick. Then she said, "Ace Man is here."

When Shiro and Ginta were younger and were living together, Shiro would impersonate Ace Man (as seen in Episode 7 at 10:45). In that scene, Shiro also dropped down onto a dog and said, "Ace Man is on the scene."

In this sense, we can see that it's not simply coincidence that the Wretched Egg looked like Ace Man. The outfit most likely derives from Shiro's personality and her attachment to impersonating Ace Man for Ganta.

So yes, Ace Man did have direct correlation to Shiro and the Wretched Egg.

I don't really get the question.

The fact that there was that Ace Man figure in the flashback doesn't have anything to do the Red Man (or at least that's what I think). Maybe the author decided to do a very similar costume, but for the story, there wasn't a specific inspiration.

I will explain a little better who is the Red Man, major spoilers.

Shiro is actually the Red Man, as you have mentioned, but it needs some clarification.

When they were small, Shiro saved Ganta, so she became his "Ace Man". After the experiments and Ganta's departure, Shiro cracked up and developed alternate personalities: the perfect, childish, happy Shiro and the Wretched Egg, who is more mature and filled with hatred (Red Man). Keep in mind that the happy-Shiro isn't the former Shiro.

Eventually the happy-Shiro and the Wretched Egg fuse together.

I believe that Shiro is not the Red Man. I have many reasons why. In one of the episodes where Shiro was fighting the old man, you can see the man has branch of sin like the Red Man, and which you can see he gets the blood from his chest. If you look closely, you can see an empty hole there, the hole is the shape of a crystal but the crystal is missing.

I have a theory: you don't see a crystal because he's the Red Man. In an episode before them fighting, you can hear the person in control of all of that say that the Red Man was their secret weapon and they weren't ready to use him. In the end of the episode, you can see a little bit of the Red Man. The old man has been there for years, you can tell. He is as good as the Red Man. He has no crystal because he put it inside of Ganta. I will be posting pictures for evidence.

I think Shiro is The Red Man, because all times The Red Man has appeared Shiro wasn't there. When Gunta arrives to Deadman Wonderland Shiro was waiting for him. When that robot tried to identify her it said UNKNOWN. Also, when she was in the tower, it exploded just like the classroom. At the final attack of episode 12 you see Gunta and Shiro with the same markings like they're connected somehow. And when Shiro loses it her grin is similar to the Red Man's. Finally, at the end of episode 12 you hear Shiro singing the same song she song when Gunta arrives and he said that's the song he heard before his friends got murdered.