Why is Saber wearing a white wedding dress and why was she posed like that?

In the 2014 Fate Stay Night anime, Saber was under the control of Caster and was posed like this: 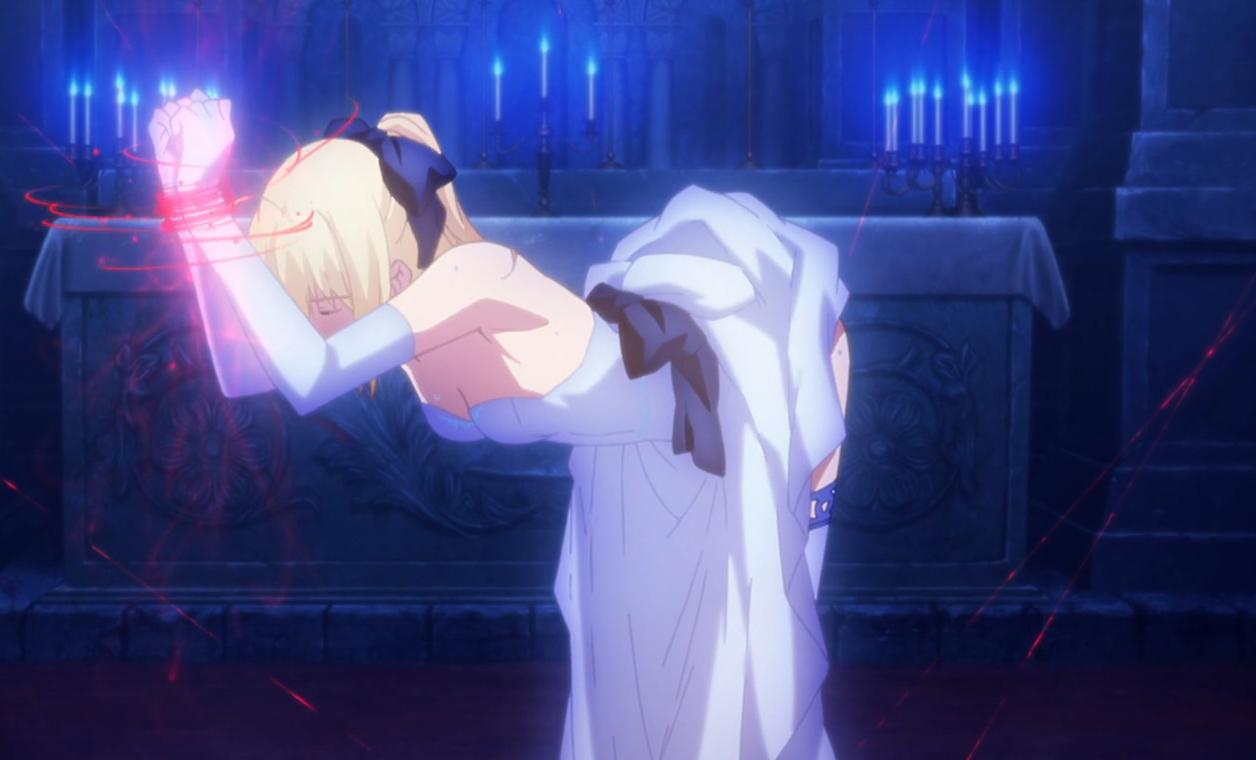 Was there any actual reason for this or was it merely fanservice? How was this explained in the original Visual Novel?

The reasons are twofold. The original visual novel, which is what the anime was based on, was an eroge. Naturally, scenes like these would appear. This scene came straight from the visual novel with minor differences.

The second reason has to do with Caster's identity.

Caster's real identity is Medea. Her life was full of betrayal and her innocence was taken away from her when she was young. Her backstory indicates that the reason why she put Saber in such an embarrassing position with the dress was because she essentially wanted to do the things that was done to her to Saber. The difference is that she wanted to make Saber her slave and make Saber betray Shirou out of her own free will. She didn't want to control her forcibly with the Command Spell, an analogue to how Aphrodite forced her to become Jason's lover with her powers. The dialogue in the Visual Novel also shows why she put her in such a dress and why she had taken a liking to Saber. She wanted the white dress to represent Saber's virginity, and she wanted her to succumb to sexual pleasure while staying a virgin forever.

Without spoiling, the scene was not mere fanservice. Rather, it has to do with Caster's past. The things that Caster did to Saber were the things that happened to her in her past life.

3
Which episode is this where Saber dress in white and bounded?

5
Why do Saber and Rin sound disappointed when they see inside Shiro's shed?
7
Why do red Saber and blue Saber look so alike?
6
What convinced Saber to destroy the Holy Grail in the Unlimited Blade Works movie?
15
What, exactly, is "Fate/stay night" supposed to mean?
44
What is the viewing order of Fate-related works?
9
Is it possible for one Master to have multiple Servants?
2
How long was Saber waiting for Shirou after she died?
9
Do people die if they are killed?
3
Where does Little Red Riding Hood appear?
7
Did Saber ever learn Eastern fencing styles before meeting Shiro?