Why did Gintoki scream "Psycho-Pass!"?

I just watched the first episode of the new Gintama 2015 season. At the beginning, when Gintoki was hit by a chair, he screamed Psycho-Pass!

I know Psycho-Pass is another anime (I watched it) - but what was the meaning behind that reference in Gintama? I was wondering if both animes had the same studio or something, but that doesn't seem to be the case.

After an hour of extensive googling, I think I might have stumbled upon an answer.

Gintoki screaming Psycho Pass! when hit by the chair, 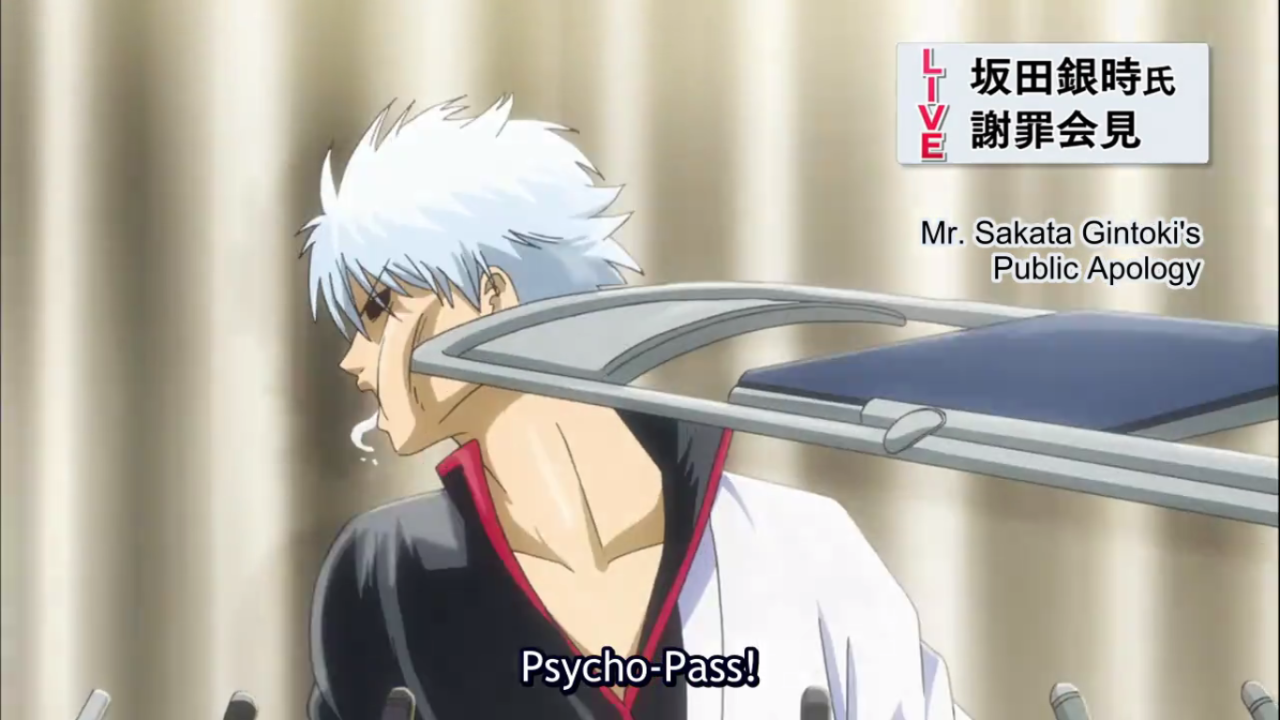 is a reference to a scene from the Psycho-Pass series, where Kasei gets hit on the face with a book, thrown by Makishima. 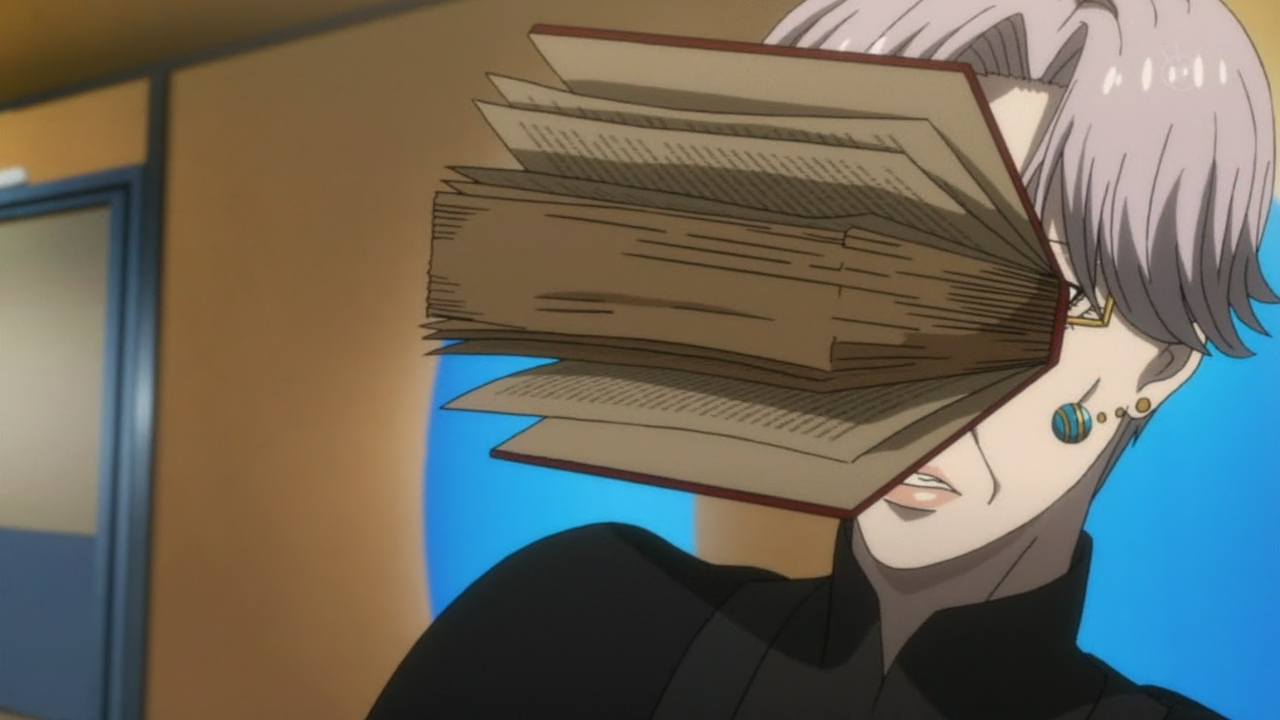 Gintama is well known for using gags and references regarding other animes. Most references are made when the situation is similar to that of the other animes. This Psycho-Pass reference is a new one.

I also believe it could be a word which was misheard by the viewers. Found this on Yorozuya Soul Forums. The author has a good point.

Gin had shouted a lot of random words before, when he gets hit or blown away, maybe it's just a random thing, I personally think that maybe he actually said "psychopath" but the translator though he said Psycho-Pass, since they are both pronounce the same way (Psycho-Pass is a pun), at least that's my assumption, I could be wrong, it's not like I'm fluent in Japanese(YET!)

11
Why did Sakata Gintoki need to go to the future?
1
What episode do Gintoki and Hijikata fight in a roof?
10
How old is Gintoki?
4
Why the Sword Ban?
8
Why is Gintama's episode 305 full of contradictions?
3
What does it mean that Gintoki and his friends are "Yorozuya"?
0
Did Hijikata and Kondo kill Oboro?
0
Did the fake shogun agree to be killed by Hattori Zenzou?
2
Which Gintama episode has this scene of child Gintoki looking back upward to the camera in the sunset?