Which anime did the pregnancy test meme come from?

Several months back, there was a meme circulating where anime characters had pregnancy tests photoshopped onto a picture of them. 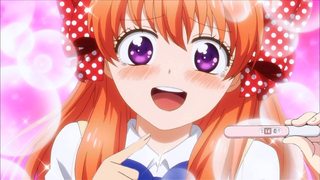 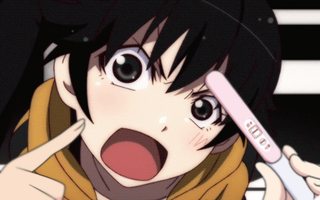 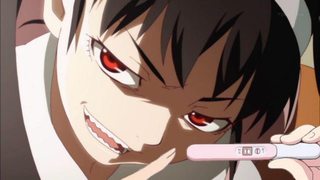 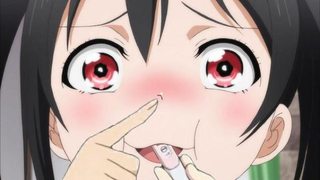 The two hands and device look fairly well drawn, so I presume it was cut out from another show. I haven't been able to find out what the show that originally had the pregnancy test was. Does anyone know?

It is probably from the original ending of Danna ga Nani o Itteiru ka Wakaranai Ken (Season 1 Episode 13), which aired in 2014.

A clip of the scene can be seen here: https://www.youtube.com/watch?v=YU5CFBRL1R0 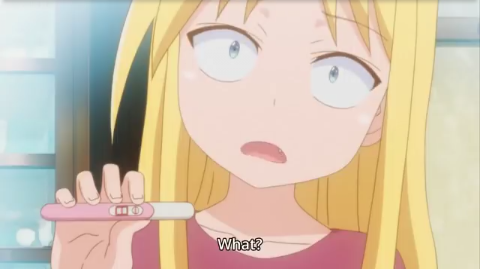 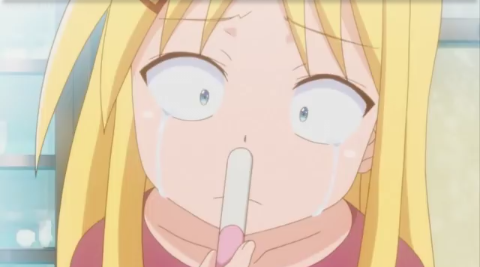 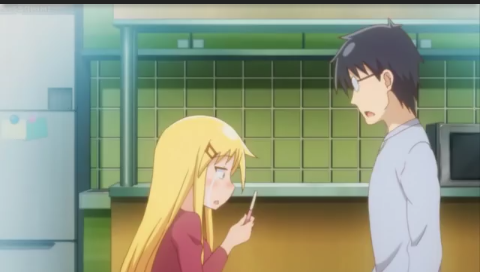 Closest I could get to an answer.

According to archived discussions[1] [2] from the Japanese imageboard site Futaba Channel (2chan), the photoshop meme originally began as a minor fad sometime in the summer of 2014, but it didn’t take off until the blank template image was posted on Twitter[4] by @Gorxxx_[3] on October 15th, 2014."

29
Has the "It's over 9000!" meme spread back to Japan?
12
What is the actual dialog for this Death Note swimming meme?
19
What was the first anime to have a "please notice me senpai" moment?
8
What exactly does "best girl" mean and where did the expression originate from?
13
Where does the 'lewd' meme come from?
12
Where did the "Not this shit again" bad sub meme originate from?
13
Why is it said that the Tsukihime anime "does not exist"?