In the Berserk manga, after the carnage at Eclipse, the protagonist Guts repeatedly came to be called as the Black Swordsman by everyone, other than his new friends-cum-comrades. I've read the manga but I couldn't figure out the possible reason for it.

However, I do have some following clues but cannot account them as the primary reason for such.

1. In the first and the last episode (scene before the ending) of the Berserk anime, Guts skin color was neither white nor dark (like of Casca) but something different.

2. The color of Guts's outfit excluding the armor was almost black. After the addition of Berserker Armor, everything he wore was black.

As you can see, these reasons are not very convincing. Therefore, I ask the question again:

Note: No racial discrimination or apartheid is intended in 1.

Guts was known as the "Swordsman clad in black", which was eventually shortened to "Black Swordsman". 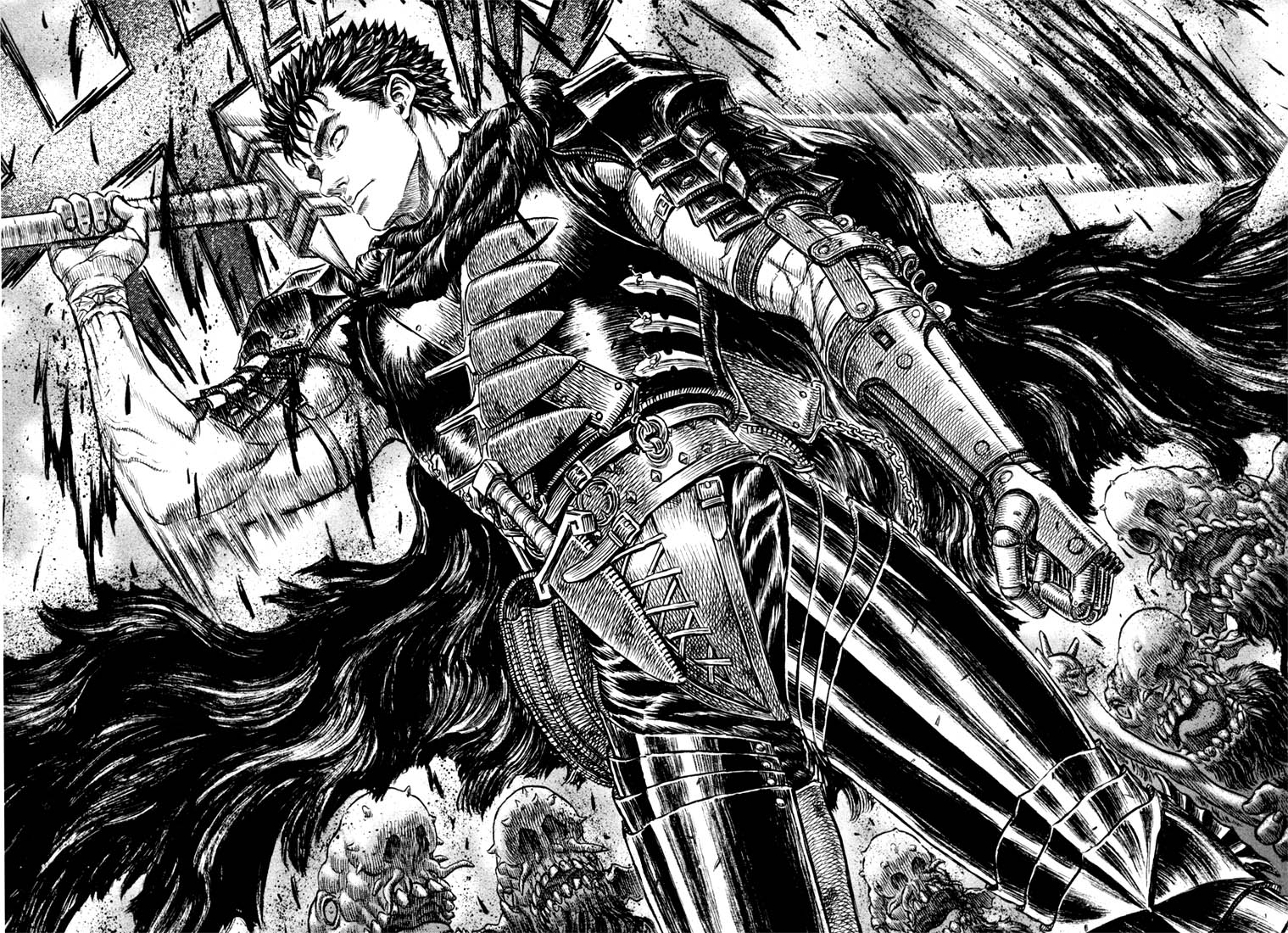 Guts before he got his Berserk Armor. 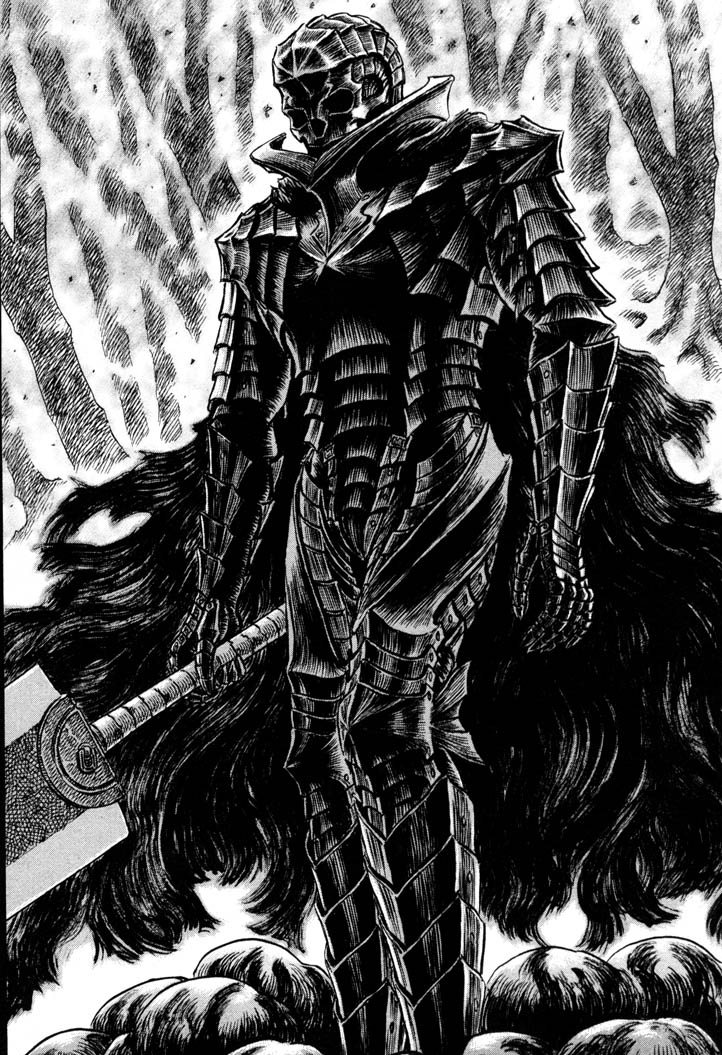 Guts with his Berserk Armor.

His armor was always black, but the most relevant item was his black cape, which always covered his whole body in black when he wasn't fighting.