The Shinigami use Hell Butterflies for communication while they are on missions and need to communicate with HQ (or vice versa).

Are Hell Butterflies living creatures or are somehow artificially created (like miniature robots) by the Shinigami?

The true nature of the butterflies was never revealed in the manga. Take a look at this page from chapter 59: 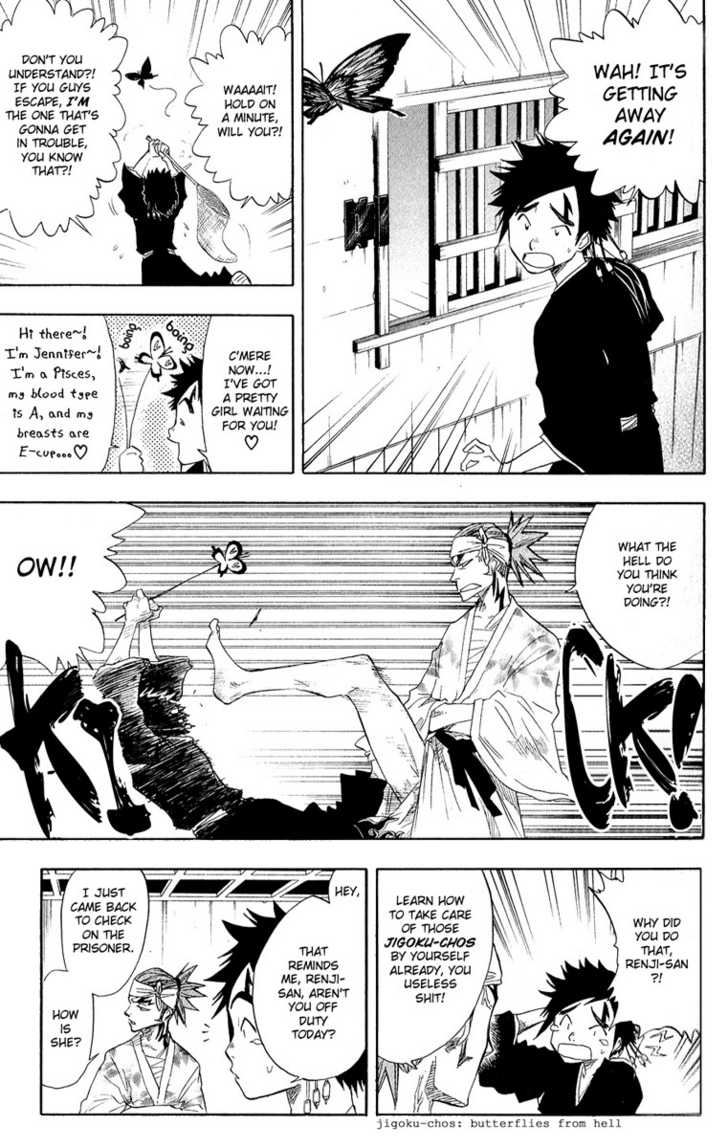 Here you can see Rikichi having troubles catching a butterfly that was trying to fly away, also trying to lure it with a female butterfly. That suggests us that the butterflies are at least living creatures (as far as you can describe an inhabitant of Soul Society as "living"), and not "robots", because:

I would assume they are real butterflies that are being bred up in Soul Society and somehow trained to perform their duties. Maybe they are somehow different from normal butterflies (for example they could have been modified by the 12th division), but since it wasn't stated anywhere, it's just a speculation.

I wouldn't say living, as far as Ichigo goes, but I think they are just as alive as the rest of the Shinigami. It doesn't sound like too far of a stretch for people of their caliber to have found a creature that does what it does and made use of it. Maybe it's along the same lines as the Den Den Mushi in One Piece.

16
What Bankais exist within Soul Society?
5
Who are the shadows that speak to Grand-Fisher?
8
What is the typical equipment/clothing for a Soul Reaper?
1
What's the difference between Toshiro and Ichigo's Zanpakuto lore?
6
How does Renji become stronger than Rukia?
16
What is Jinta and Ururu's Identity?
3
Why weren't Gigai used for Spearhead?
11
Are Hollows defeated by humans who are not Quincies considered as destroyed or “purified”?
4
Can you release your zanpakuto if you are mute?