What are these people doing in front of a shrine?

In the beginning of the first episode, we see Haru end up (very briefly) at this shrine in Enoshima, in front of which people are singing some song to some actions. Is there any "meaning" to what these people are doing in from of the shrine (particularly in the real world, and out of Tsuritama-specific context)? 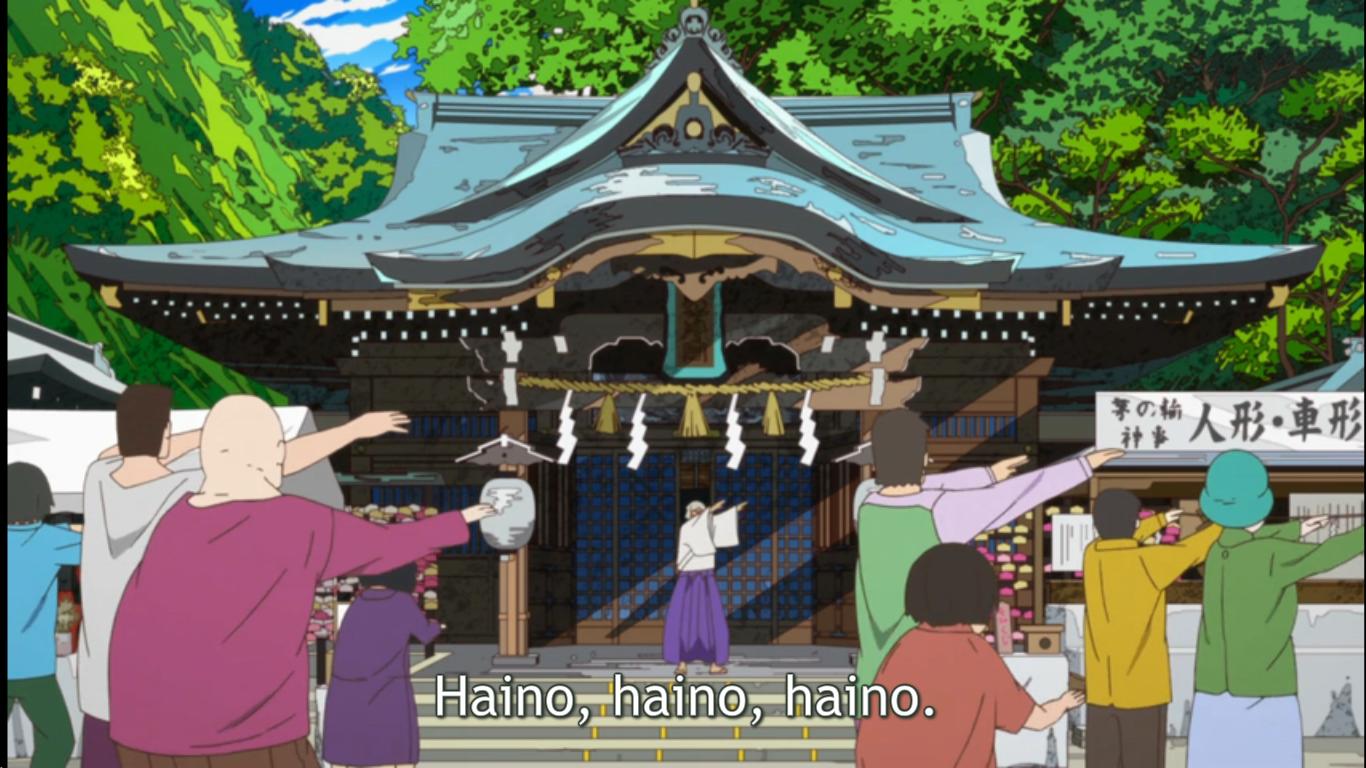 For what it's worth, later, we see Haru and Yuki's classmates sing the same song after Yuki gets shot by Haru's water gun, so at the very least, I'd assume that the song itself might simply be something meaningless outside of this anime-universe, but I don't know enough Japanese culture to come to conclusions I trust.

In this video, which shows a performance of Kagura/Bugaku (traditional Japanese dance) at Setsubun event, people seem to do the same thing: chanting "Haino" and raising their hands. So the scene in the question could be some kind of Kagura.

Not the answer you're looking for? Browse other questions tagged culture tsuritama or ask your own question.

11
What are Holo's roots in Japanese tradition?
15
What are the Naruto hand seals based on?
18
Why are the faces of dead people whited-out in photographs?
9
What are the original memes mentioned in Steins;Gate?
6
What are the anime censorship laws in the United States?
7
What are those zigzagged folded paper things you see in supernatural anime?
13
What are the swastikas on the car's navigation supposed to represent?
3
What are those Wooden Tube thing?
10
What are those branches used in baths in Goblin Slayer episode 7?