Does Shinigami powers transfer occur only with stabbing through the chest?

To make Ichigo a Shinigami in episode 1 of Bleach, Rukia has Ichigo stab himself in the chest with her Zanpakuto.

Is there any in-canon reason given for it being the chest that has to be stabbed?

There may be two reasons for this.

The first one is less directed to the plot, so I'll start with it first. Obviously, the chest is the best part to do it for two reasons. First, it's easier not to miss (hehe :P). Second, it looks cooler. Imagine Rukia piercing Ichigo's head to five him the power. Or his left elbow. Or his knee. That wouldn't look too good, right?

Now, for the second reason, which is more important. As you can see in the very end of the anime (spoiler up to the very last episodes),

To give him his powers back, Rukia pierces Ichigo's chest in exactly the same way as the first time: 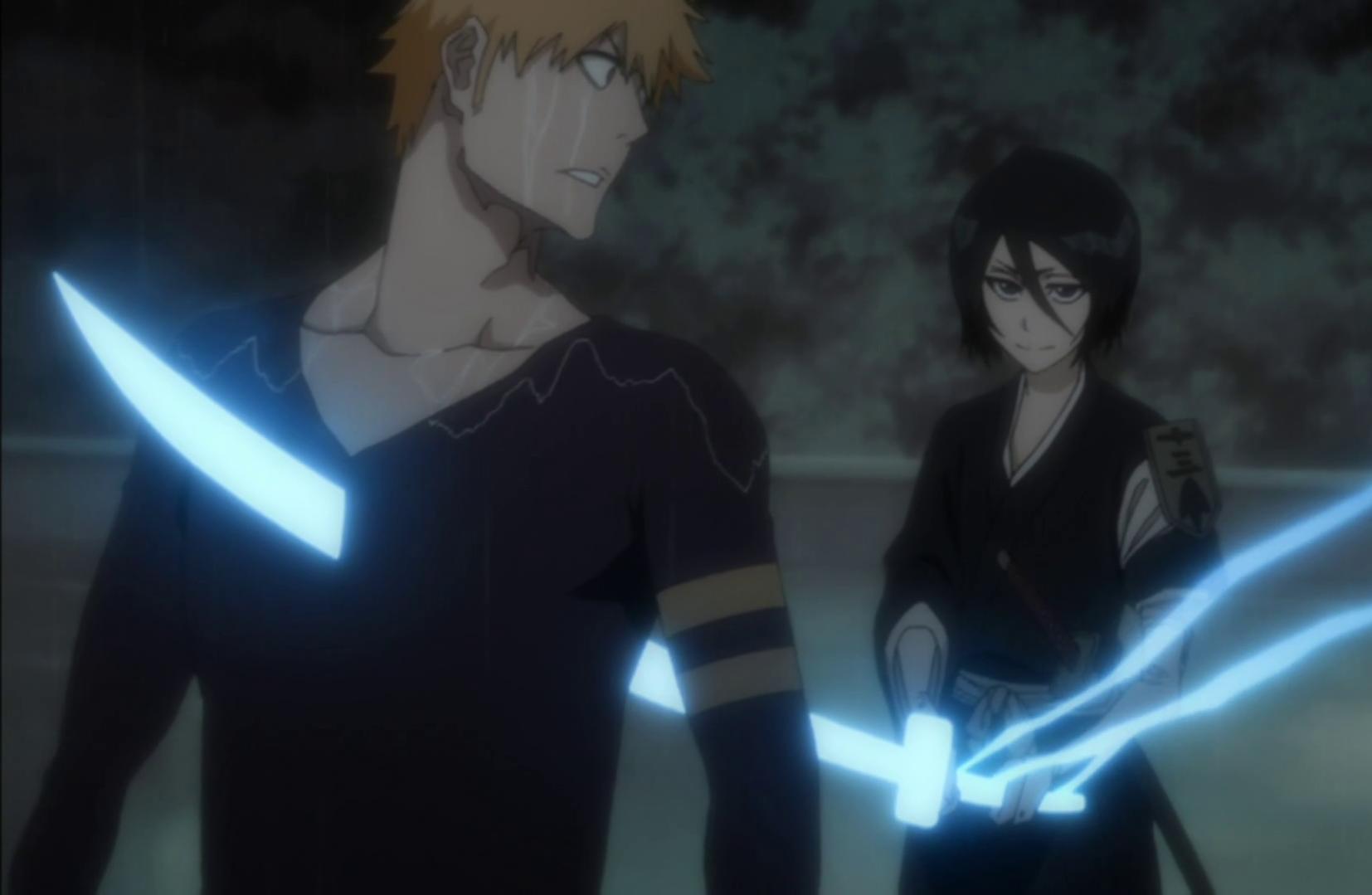 Although shinigami do not have the Chain, that place is as much important for them too. This place is known as Saketsu, and acts as a boost in spiritual power, the source of which is another spot, called Hakusui. If those points are pierced, one loses his Shinigami powers.

You can recall that from the episode where Byakuya first appears, and defeats Ichigo with his favorite move called Senka, which is basically a quick shunpo to move to the opponent's back and strike his Saketsu and Hakusui. So, if those points can be pierced to block one's spiritual powers, it is safe to assume that this can work the other way too, and this is the reason why Rukia pierces Ichigo's chest exactly there.

8
Did Ichigo originally have Sode no Shiraiyuki?
10
Is it possible to transfer Shinigami powers accidentally?
3
Why doesn't stabbing himself in the chest with Rukia's sword hurt Ichigo?
0
During the Substitute Shinigami arc, it is mentioned that Ichigo and Ginjo are Substitute Shinigami. What does this mean?
1
What's the difference between Toshiro and Ichigo's Zanpakuto lore?
6
How does Renji become stronger than Rukia?
4
Why not a single Shinigami was surprised by fact, that Ichigo has Zanpacto?
0
Does Ichigo still have his powers after his battle with Yhwach?
2
In Bleach, if a Shinigami transfers their power to a human, where does their zanpakuto come from?