Where is Sanji in this currently ongoing Dressrosa fight?

Sanji appeared in the starting of the Dressrosa arc and fought with Doflamingo for a short span.

However, I haven't seen him in any of the ongoing Dressrosa fights (I mean he should have been there to defeat the executives or family of Doflamingo).

Or have I missed something in between?

Right now Sanji is amidst the fight with the Big Mom Pirates along with Nami, Chopper, Brook, and Kinemon's son Momonosuke. Then they were heading to where the Trafalgar's nakama were supposed to meet at Zou. Big Mom's pirates were after Caesar which was alsp with them. He was requested by Franky not to allow those Big Mom Pirates close to Dressrosa or else the Tontattas' efforts will be wasted (it doesn't seems to be logical enough to me though) and Sanji was granted the permission to annihilate Big Mom Pirates as Luffy has already challenged her. Here is the link showing Sanji group leaving for Zou.

I guess in the background the fight is still going on.

Edits and Updates: This answer has heavy spoilers. Otakus who don't read manga are advised not to read the spoiler...

The manga has completed the Dressrosa arc! And then in Chapter 795, it appears that Sanji and his team has left the Big Mom Pirates, as shown: 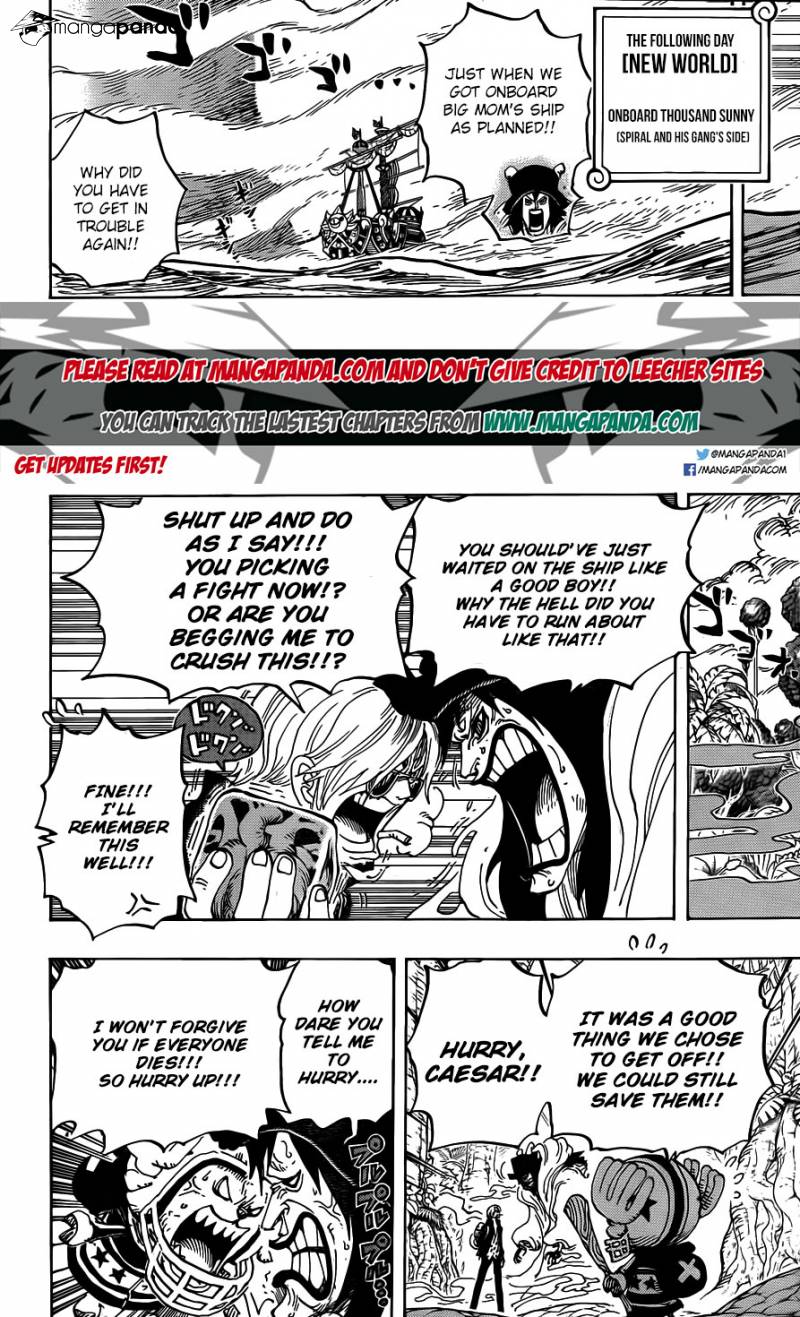 And from the background of the manga it appears they have already reached Zou. They escaped from Big Mom Pirates maybe because they (Big Mom Pirates) would’ve proved too much for Sanji and others. (It's an assumption. Nothing is specified canonically).

Then in Chapter 801 the raise in the Bounty of the Straw Hat crew specified that Sanji was wanted alive!: 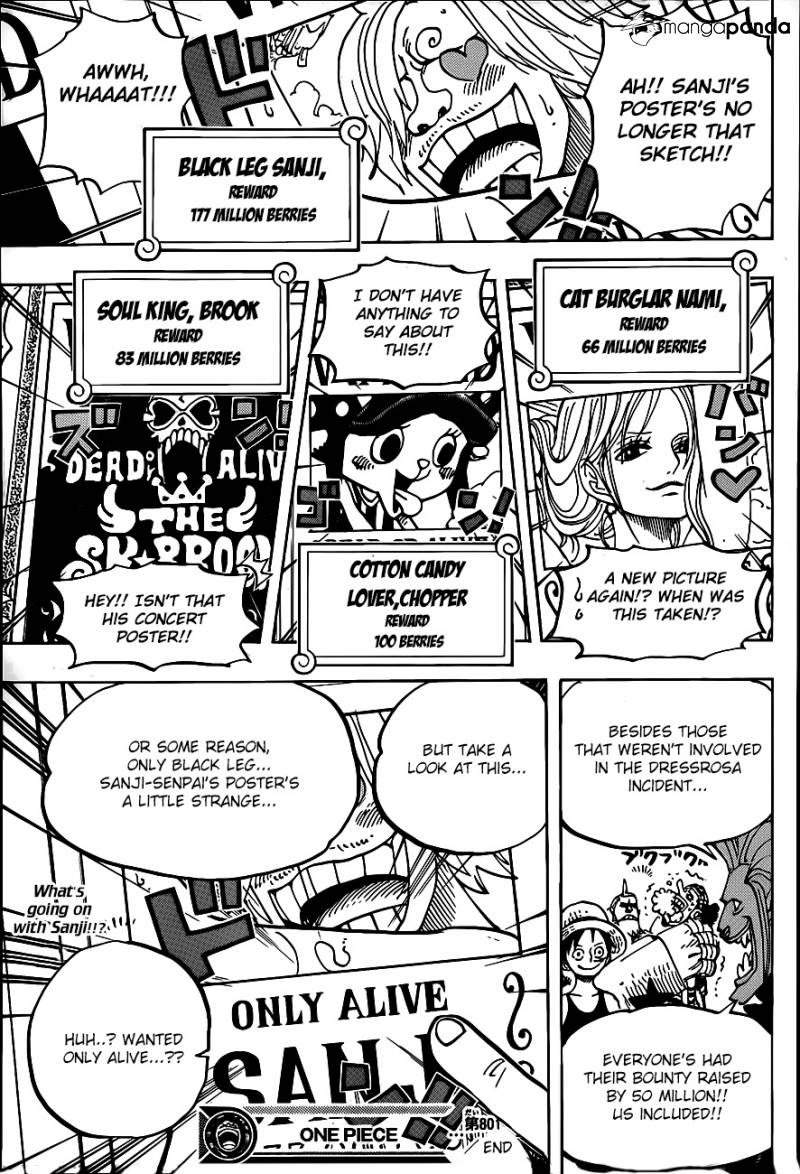 which may imply Sanji is an important personnel that the government needs!

Now the latest Chapter 806 says Sanji is not present at Zou but in some trouble! Here: 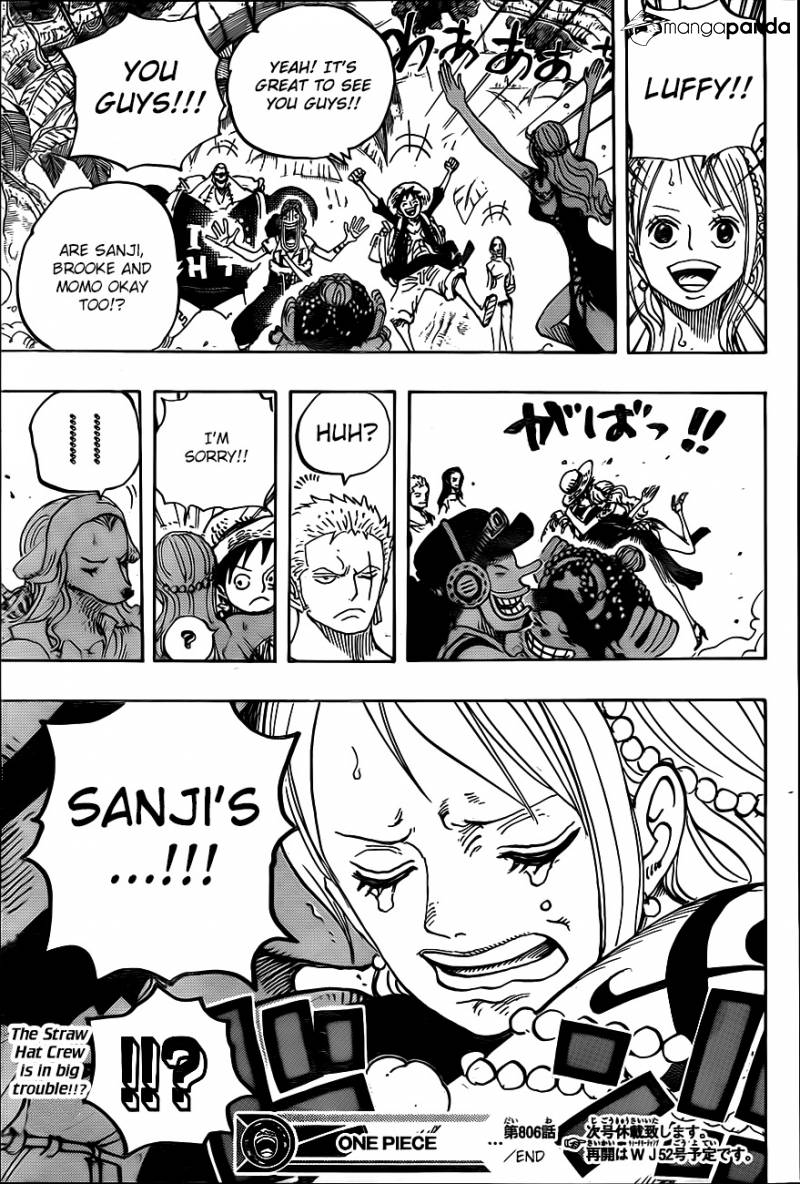 Since Oda-Sensei is known for his cliff-hangers, this last page determines that Sanji was somehow overpowered and taken ALIVE. The Jack Pirate is strongly suspected to have taken Sanji! He might have taken Sanji for some personal gains from the Marines or to become a Shichibukai (like how Trafalgar Law did as mentioned in 6th line of 7th paragraph) since Doflamingo is no more a Shichibukai and a seat is vacant! These are just my HYPOTHESIS and where Sanji might currently be can only be declared by Oda-Sensei in the next few upcoming chapters!

Maybe SANJI was beaten by jack's men or some sort of strong guys and bring him to marijois since there's a rumor that sanji is a son of one of those gorosei. wanted list says sanji should be taken only alive and in chapter 806 think nami's tears and sorry is meant for sanji's loss.

5
What is the other goal Zoro mentions in the Alabasta arc?
12
When did Oda state that a future member of the Straw Hats would be a previous enemy?
10
What are the similarities between Gol D. Roger and Monkey D. Luffy? Are they related by blood? What are their relatives' ages?
6
Where does Sanji get his endless supply of cigarettes from?
9
Where and when does Franky say that Sanji is one of the strongest guys on the crew?