Sometime ago I found the following picture on 9gag or some similar website: it is from an anime (probably broadcast in the 80s or early 90s). It seemed familiar, but I didn't manage to recall the title of the show. (I'm not even sure if I actually used to watch it). 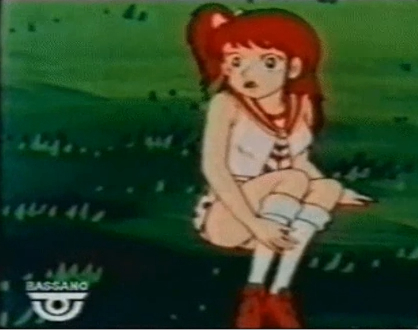 The quality of the picture is not very good, and my attempts to identify the picture using reverse image search failed.

Edit: Most probably the anime is among the ones listed here (unfortunately the page is in Italian) but I didn't manage to recognize the correct one (and moreover I don't know if the list is complete).

This seems to be Tiffany from Robby the rascal, also known as cybot robotchi or in Italian as Robottino. It was originally broadcasted by TV tokyo from 7 october, 1982 till the 29th of June in 1983.

the English version deleted much of the risqué humor that, while not uncommon in children's animation in Japan, would be considered unacceptable by American standards, with the policewoman Sachiko (Sgt. Sally) being the usual target of the fan service-oriented humor. The TV series also aired in its entirety in Italy under the title Robottino ("Little robot"), and some episodes are also available in Spanish as Robotete. 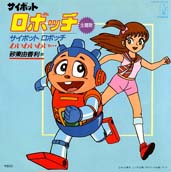 The Image the OP provided also comes from a fan-service scene, which can be seen here

Not the answer you're looking for? Browse other questions tagged robby-the-rascal .