What's this manga about a boy who could control time [closed]

Ask Question
Asked 7 years, 3 months ago
Modified 5 years, 4 months ago
Viewed 3k times
5
votes
This question was closed because it is a type of identification request that is disallowed by the community. It is not currently accepting answers.

The manga was about a boy who could control time. He could even reverse death. When he uses his power, he enters a different dimension and time is represented by films and he could cut out parts of the film, which in turn changes the past. He was a normal boy until a group of kids that had esp came to find him. Among those kids, there was a girl whose power could her escape from her body, sort of like a soul, and the girl also ends up naked when she uses her power. There's also another boy with the same power as the mc but he's the bad guy and is from where the group of kids escaped from. The place where they escaped from is dubbed "the greenhouse" and kids with esp are there where they take medications to get stronger. There's also this battle with people from the greenhouse and one of the enemies is a girl with a giant lollipop I think. I also believe the mc was dubbed Zero by the greenhouse.

I think it's the Psycho Busters: 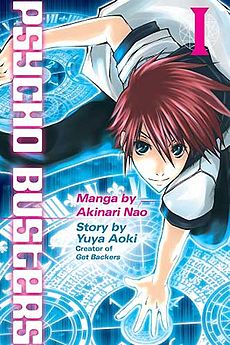 I could find this specific information from the wiki of this manga: "Angered by ... ruthless murder ... power awakens and time begins to rewind." which refers to bringing back the death.

Also there is mention for the Greenhouse you said and the group with some boys.

Not the answer you're looking for? Browse other questions tagged psycho-busters .