What's this anime with a boy and girl meeting and becoming siblings? [closed]

The story is about a girl and a boy meeting after their parents went on a vacation. When their parents came back they exchanged partners and the two became siblings. Please help. I wont be able to sleep well until I remember the anime. ;(

It's Marmalade Boy. Originally a manga, had an anime adaptation later.

From the Wikipedia page I linked above:

Miki Koishikawa's ordinary life as a high school sophomore is turned upside down when her parents suddenly announce that they are getting divorced in order to swap partners with a couple they met in Hawaii. They seek her approval of the shocking change, and at a dinner where Miki meets the other couple as well as their son Yuu, who is about her age, she reluctantly agrees to the arrangement. Yuu, while at first a jerk who takes every opportunity to make fun of Miki, turns out to be fun and attractive, and Miki finds herself falling for him.

『ママレード·ボーイ』 (Marmalade Boy) is a 76-episode TV anime which also has 1 theatrical film (the film is a prequel). It is adapted from an 8-volume manga, and there is a currently-running manga sequel titled 『ママレード·ボーイ little』(Marmalade Boy - little -) which continues the story when the original protagonists (Miki and Yuu) are in their 30s.

Neither Miki nor Yuu change their family registry (戸籍, koseki), so although their parents divorce and remarry, they do not change their family or their names, and neither is adopted by a non-biological parent. Technically, according to Japanese law, they are not siblings.

Actually, the animated film shows that Yuu "met" Miki before their four parents arranged for them to meet in episode 1 of the TV series. He observed her and started to like her before he found out that their parents would swap spouses and all six people would live under one roof. Although they live together in one large house, because Yuu already liked Miki as a romantic interest from beforehand, he did not come to think of her as a sibling. When Miki met Yuu, she was immediately physically attracted to him but hoped he would help her break up their parents, so her initial feeling toward him was not that of a sibling either. (This is markedly different from the situation of their younger siblings in the sequel, in which Yuu's younger sister grows up in the same house with Miki's younger brother and thinks of him as a sibling even though they are not legally related nor do they share a bloodline.) When the parents returned from their vacations in Hawaii, they got Miki and Yuu's consent before proceeding with the divorce and re-marriage, so when they moved into the large house together, the four parents were not yet married in their new pairings (Japanese law requires a waiting period between a divorce and a subsequent marriage, so at the time of the move-in date, the four of them were all single). It is not clear in what way the parents expected their children to relate to one another, other than as being one big happy "family."

Spoiler for the end of the anime series and for 『ママレード·ボーイ little』: 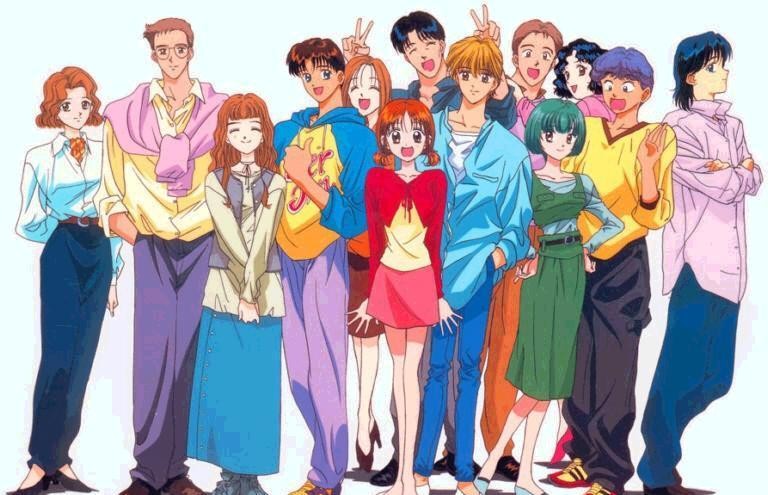