Why did Rukawa join Shohoku?

At the start of the manga, Rukawa was already a legend and contender for "No. 1 High School Ace", but he enrolled at the extremely weak Shohoku, which at the time only had Akagi as a strong player.

Why did he join such a weak team, when he could have had his pick of great schools? One might initially think that he would risk being overshadowed in a strong team, for example by Sendoh if he were to join Ryonan. However, we know later in the story that he had very lofty ambitions - of even entering the NBA - and with such a goal, it wouldn't matter if he were the ace of a single team or not, since he had to outperform all the other aces.

Did Rukawa give any indication why he picked Shohoku in particular? Was it simply because, as a teenager, he made bad choices? Was there something special about Shohoku that I missed? Did the ambition come later, as the character evolved? Or did it make some sense from Rukawa's perspective?

A picture is worth a thousand words... 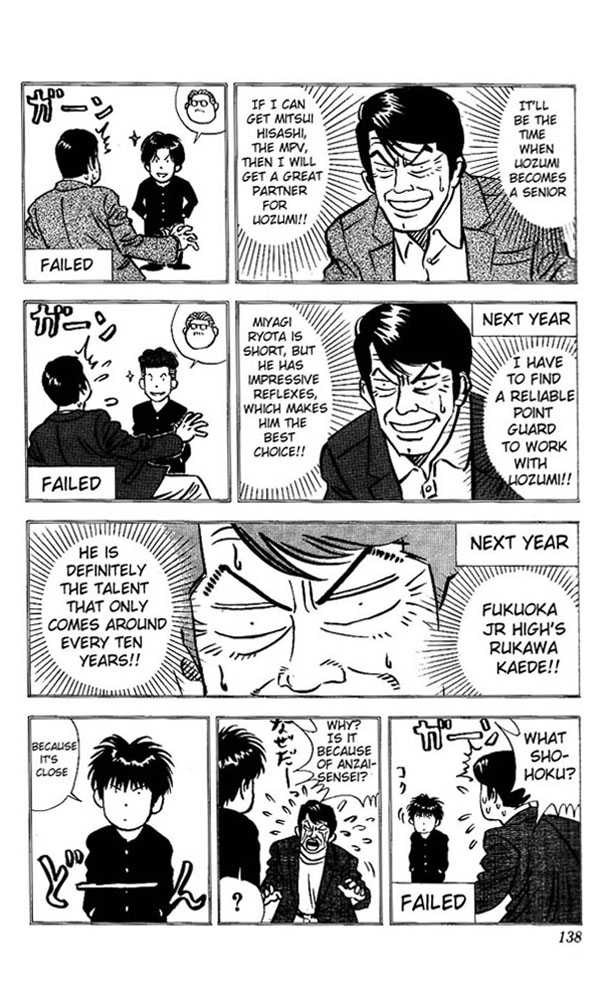 well for me.. it was already stated on the latter part of the episodes.. when Shohoku faced Ryonan for the battle for the 2nd place.. coach Taoka remembered when he first invited Rukawa to their team he refuse because he wants to attend shohoku high and the simple reason why is that .... IT's NEAR...

Not the answer you're looking for? Browse other questions tagged slam-dunk or ask your own question.

11
Why did the Slam Dunk anime stop without animating the Interhigh tournament?
0
Which episode did Rukawa explain why he wanted to join Shohoku?