What's with Rei's appearance at the very beginning?

At the very beginning of the Evangelion anime, when Shinji is waiting for Misato, he notices Rei standing across the street. She then disappears after he turns away and looks at the spot again. 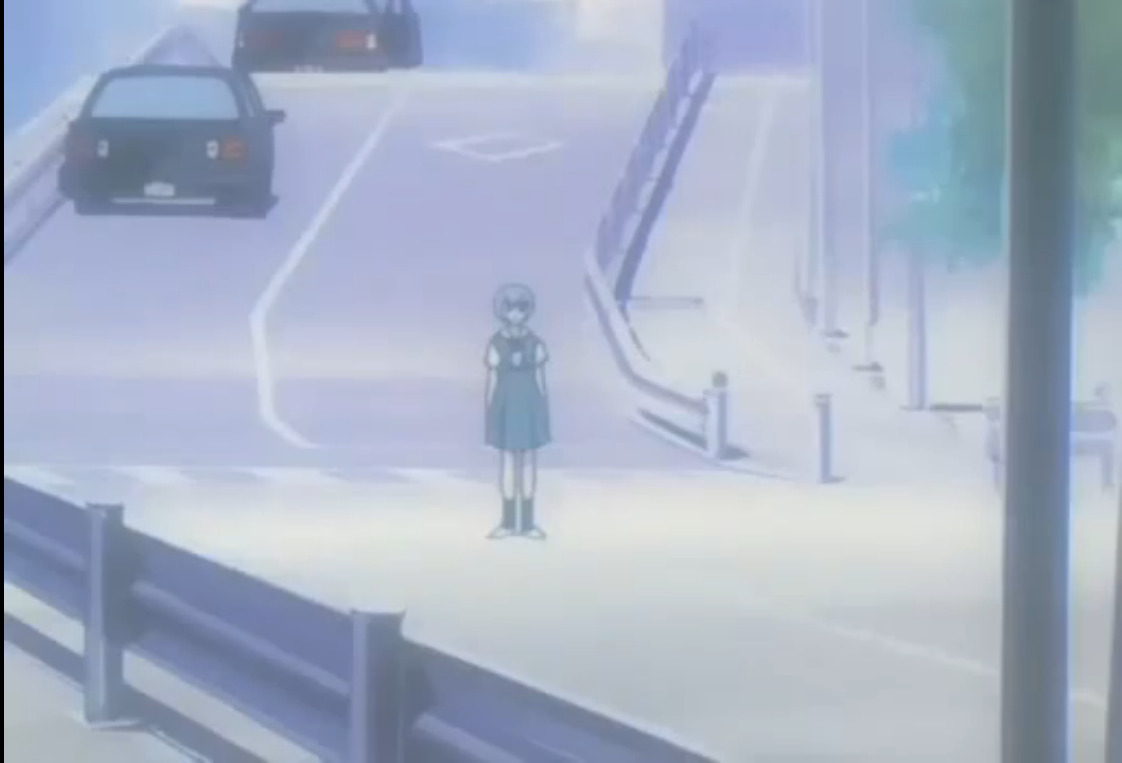 What's with her appearance here? Surely this can't be the "real" Rei, given that later, I think we see Rei in bandages when Gendo Ikari goads Shinji into piloting the EVA? I'm assuming that this could be some sort of foreshadowing (?), but even so it doesn't make sense for Rei to literally appear before Shinji, unless this is some sort of illusion.

There is a mind boggling theory for this. If you are an avid reader of EVA Geeks you would enjoy it very much. So here is my small take on it.

Rei appears with the same uniform in the End of Evangelion standing on a sea of LCL. Here is the scene: 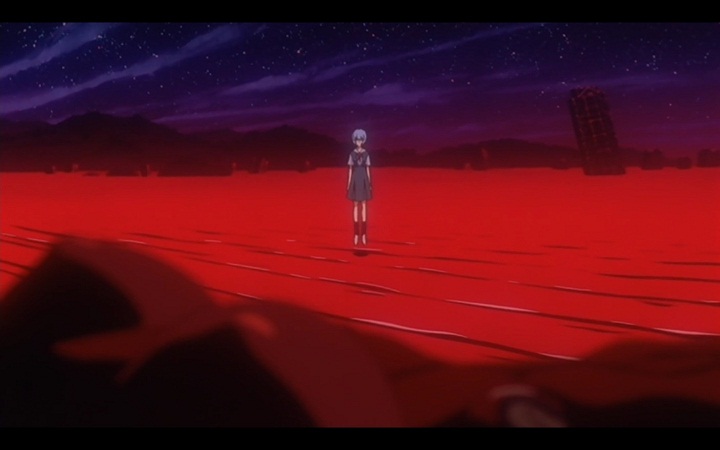 Shinji, when he first sees Rei at Nerv, recognizes her and makes a connection to the girl in the school uniform. So he is not hallucinating when he sees the image of Rei.

At this point there are a few theories:

In episode 23 Ritsuko shows Rei's room. If you notice the wall it has the words "Top, Bottom, Strangeness". This presumably is put there to show Rei's powers or nature. In quantum physics these three represent a sub atomic particle called the quark. The six types of quarks are: up, down, charm, strange, top, and bottom. As you can see, three of the quarks are listed in Rei's room. The way it is related is that quarks defy classical physics. They can be at two places at once. In End of Evangelion, Rei is seen everywhere. At the sub-atomic level the particles do not follow the laws of physics, so much that they can create effect without cause, or they can reach their destination before starting their journey. So this could give you reason why she could be at two places at once or show up as an image at the beginning and at the end.

P.S.: I did not come up with connecting the quark theory, but I did realise the writing on the wall meant that Rei had a connection to quarks or just that she likes quantum mechanics a lot (like me :D). But EVA Geeks had this connection posted and credits to them for this mind boggling theory.