In the Berserk manga, what was the interpretation when Guts was lying on his back looking at the starry heaven?

After reading the manga Berserk for a second time I noticed a particular scene that when I first read it I didn't give even the slightest attention, this scene is from the chapter "The Golden Age (3)".

The scene starts when Guts had to kill Gambino (which would leave him strongly marked in the future), and he begins to escape from his former comrades because they didn't really know what had happened. The persecution happens on horseback and when Guts reaches a cliff is hit by an arrow, making him fall... and here is when one of my favorite scenes occurs in berserk... after the life of Guts went to hell Kentaro Miura shows us Guts watching the vastness of a beautiful starry heaven, after that Guts kept fighting for survive... 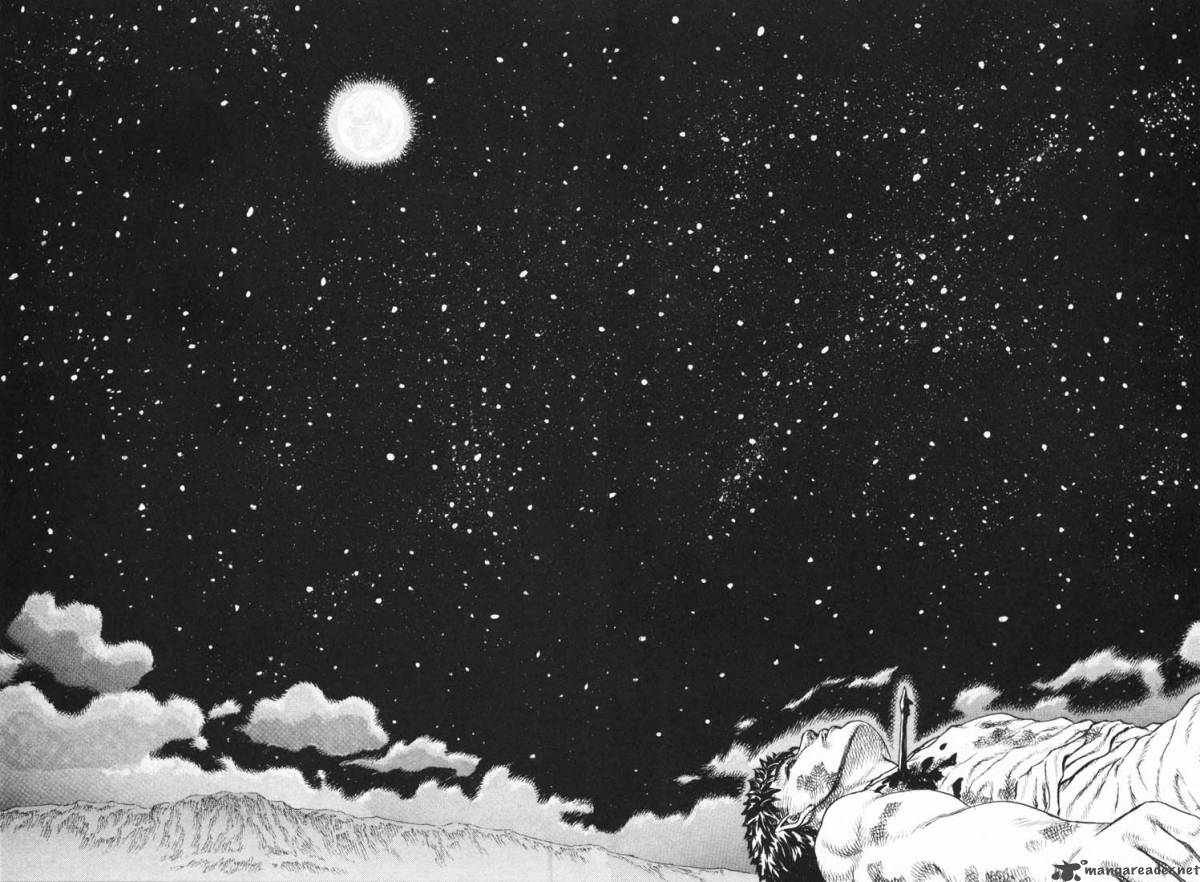 Somehow it made me remember a scene from the manga Vagabond, chapter "Heaven and Earth", which is when Miyamoto Musashi (Shinmen Takezo) is fightning with Inshun (which was his worst enemy so far), and just when Inshun was going to attack Musashi recalls an advice that Takuan had given him long ago, and he start thinking "Beneath the vastness of These starry heavens... Inshun and I, both, are insignificant...", which made Inshun feel threatened. 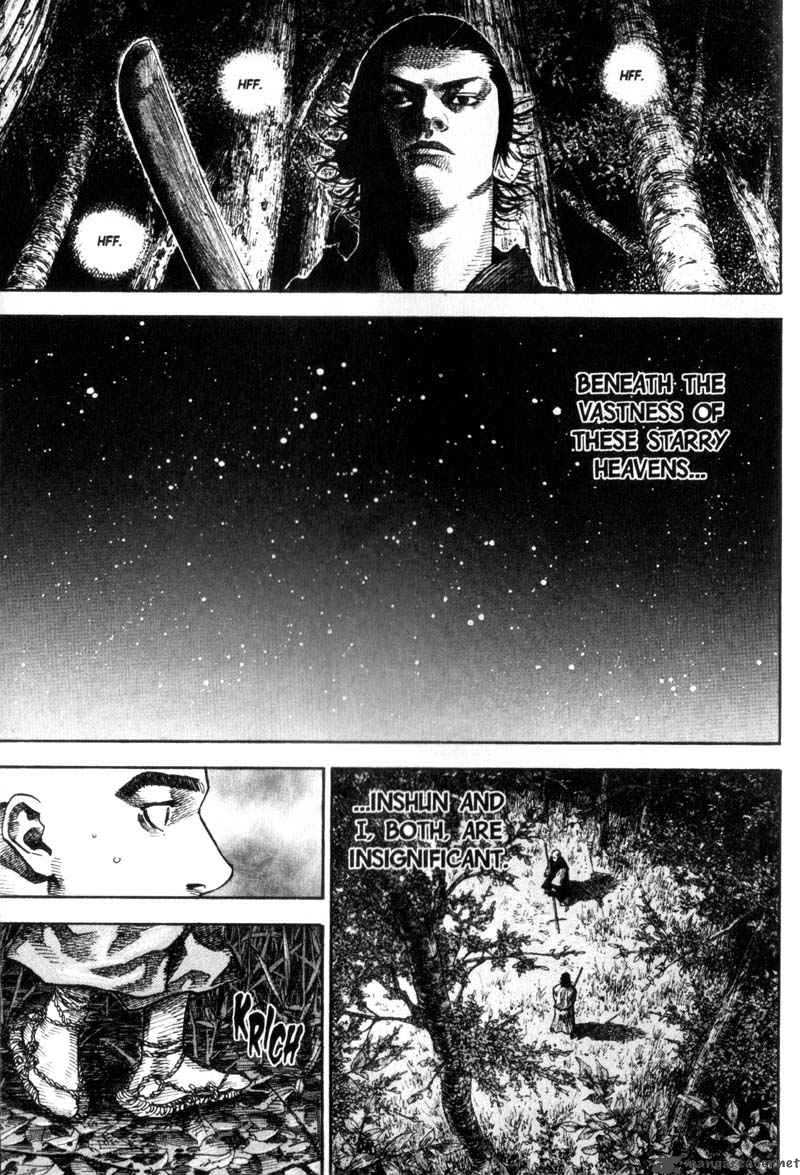 I think this scene has a deeper meaning, and that is more or less the same line as the scene of Vagabond, which I think it's: "When we realize how insignificant we are is when we can bring out our true potential".

What do you think?

To my knowledge, there is no official interpretation of the symbolism behind this scene. Your interpretation is a good one and might be exactly what the author intended.

My interpretation is different. I see the sky as a symbol for limitless opportunity. The sky goes on forever and there are countless stars, just as human potential for growth is limitless and there is no limit to the number of paths we can take in life.

I took this interpretation because in the same scene, Guts asks the same question twice in a row: "Where should I go?". The repetition indicates the importance of the phrase.

In other words, the sky represents the endless destinations and possibilities that exist in human life, like bright stars against a black nothingness. 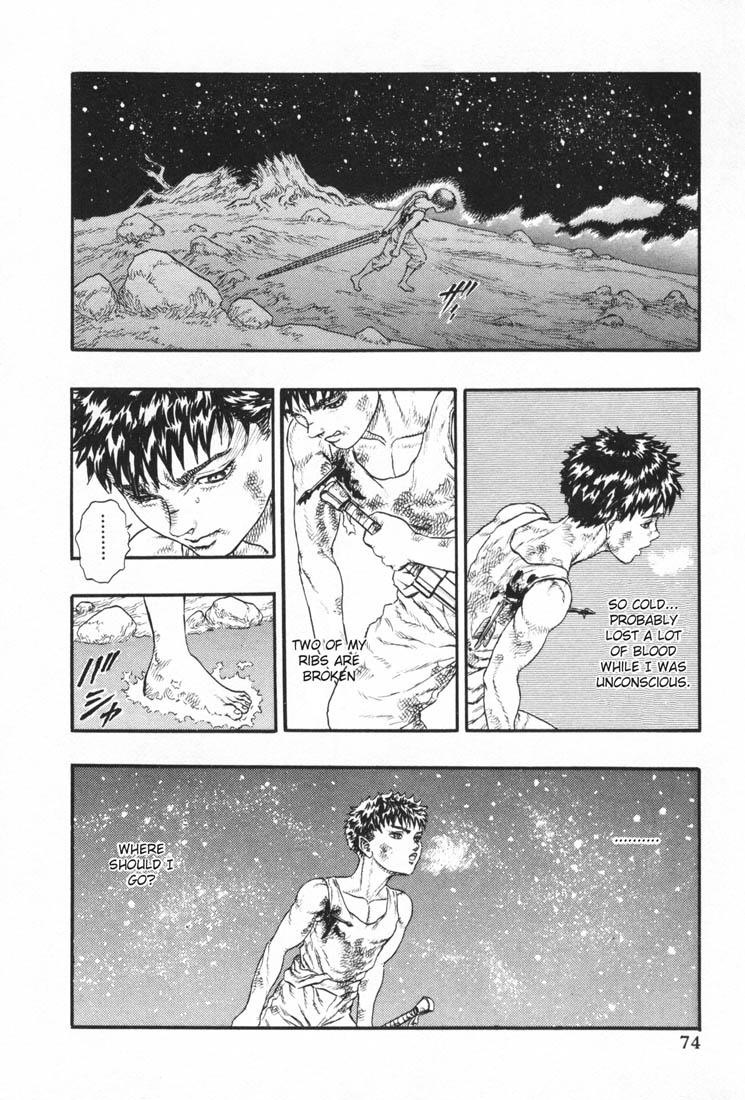 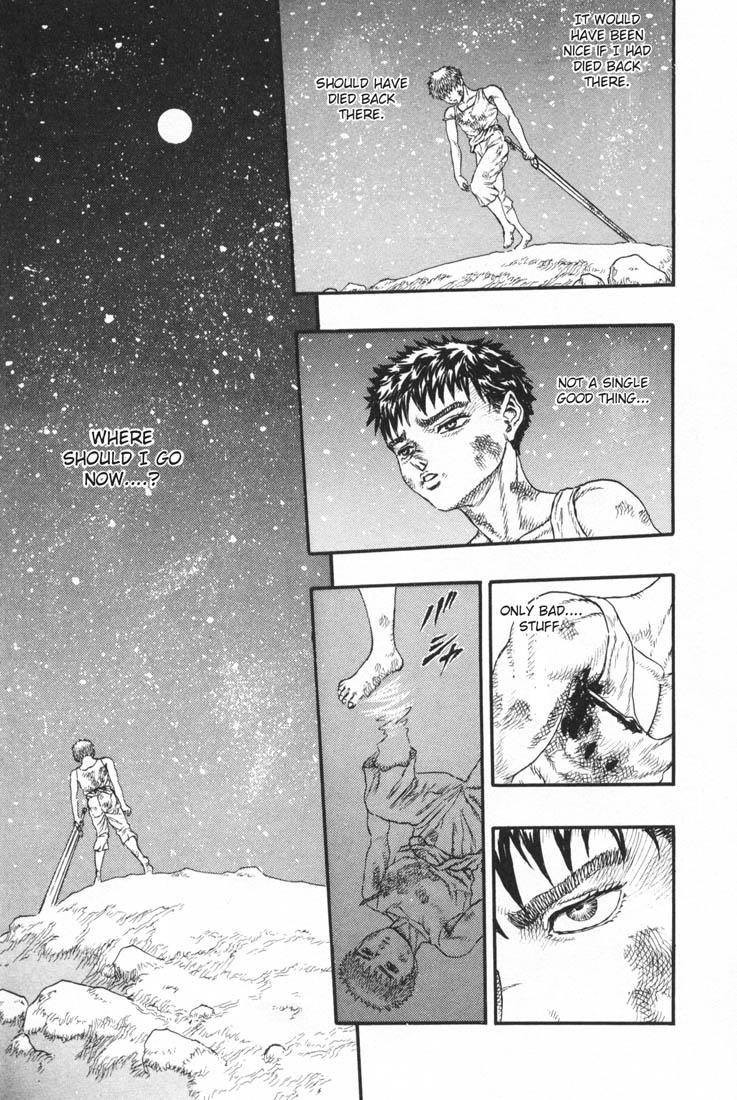 Not the answer you're looking for? Browse other questions tagged berserk vagabond or ask your own question.

8
Where in the manga does the Berserk (1997) anime end?
3
In the Berserk anime, what was Guts's interpretation of Casca's "woman issue" in episode 11?
5
Why was Guts called the Black Swordsman?
1
What is the hazama in berserk?
3
What are the deeper meanings in Berserk?
10
What happened at the end of the anime Berserk?
5
What is the chronological order of watching Berserk?
4
What chapter of Berserk's manga did the anime Berserk (2017) episode 12 end?
3
What did Griffith mean when he said "you are mine" to Guts?
0
What does Guts have in his left arm and when did he get it?