Are the similarities between Homura Akemi and Kiritsugu Emiya intentional?

Puella Magi Madoka Magica's Homura Akemi and Fate/Zero's Kiritsugu Emiya were both written by Gen Urobuchi, although Kiritsugu was created by Type Moon's Kinoko Nasu. There are numerous similarities between them: 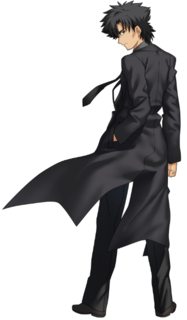 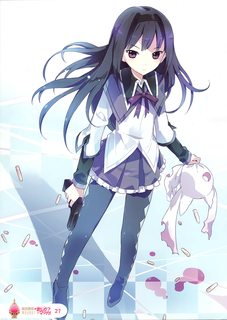 Was this just an archetype of Urobuchi's writing, the way Stephen King spent three decades writing about common household objects trying to kill people? Or is there an interview or any evidence which suggests this was intentional? As a related question, how much of Kiritsugu's overlap with Homura was Nasu's doing, and how much was Urobuchi's?

Browse other questions tagged madoka-magica fate-zero or ask your own question.

1
Why did Yoshihiro Togashi recycle designs from Yu Yu Hakusho for his characters in Hunter x Hunter?

13
Who is the magical girl who becomes Walpurgisnacht?
9
What happen at the end of the third Madoka Magica movie?
7
Do the lyrics of Madoka Magica's two movie OPs foreshadow Rebellion's ending?
4
What exactly is Mami's power?
1
What is this Geis from?
9
How come the events of Rebellion are possible, with Madoka's wish?
5
What were the Einzberns planning to do once Kiritsugu won the war?
6
Where did the concept of fighting Nightmares come from?
13
Is Tamura the original Homura?
7
How did Homura able to return to a past where Madoka isn't already a Magical Girl?