Mecha anime where boy pilots small, somewhat feminine robot that can teleport to him [closed]

Ask Question
Asked 7 years, 2 months ago
Modified 5 years, 4 months ago
Viewed 1k times
4
votes
This question was closed because it is a type of identification request that is disallowed by the community. It is not currently accepting answers.

I found one post on this site that might be about the same anime that I'm looking for. It's not answered and already closed.

It was about a boy who gets involved in some kind of (military? government?) mech program. There are already some other people there piloting mecha. The boy forms some kind of connection with a mecha that is smaller than the rest, and also somewhat feminine-looking. At least, it seemed to have high heels on its feet.

Now, what I remember is that, that boy also gets another, big yellow robot. Once, when his fraction is under attack and he gets cornered in a corridor, he steps back and surprisingly appears in that yellow robot, it turns on and he starts fighting.

The small robot isn't usual. It's not just standing there and waiting for that boy to drive it. Boy and small robot, they have some kind of spiritual connection. Boy can call him and the robot somehow teleports to him. He also can combine that small and big yellow robot.

And I also remember that scene when that boy is stack in a big spaceship, which is about to explode and he calls that small robot but it's not teleporting.

I think these shows are the same; does anybody know it? 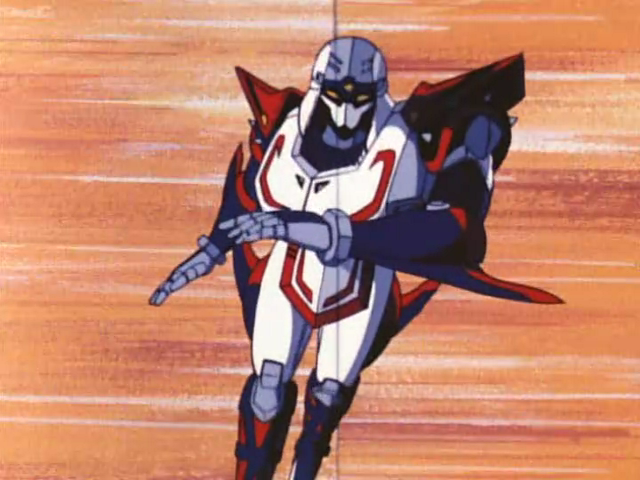 This might be the feminine robot or the one which has the capability to connect with the mind of the protoganist (Joe maya). As for the yellow robot , it maybe Golden lion 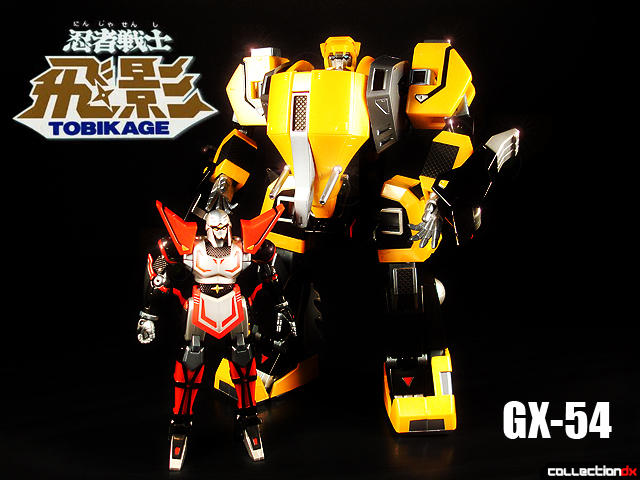 just a small figurine version to show the size difference and that they can combine together to form another robot form.IT was aired first in late 1980(1986 to be precise). But many people including me watched it in the late 90's .

Not the answer you're looking for? Browse other questions tagged ninja-senshi-tobikage .